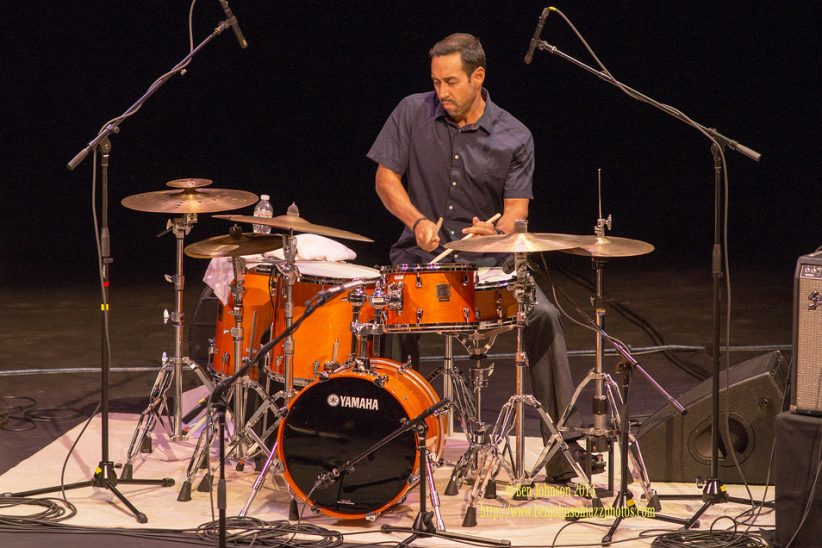 Alejandro González Iñárritu’s Birdman or (The Unexpected Virtue of Ignorance) is a film that needs to be seen twice, maybe more. It is so saturated with anxiety, and so visually startling-with its racing, marathon tracking shots and zoomed-in, wide-angle framing-that the brilliance of its screenplay can be overlooked. For all of its onscreen dazzle, this is a movie that deserves to be read. At least the Academy got that award right.

Where the Oscar voters failed Birdman was in eliminating its percussion score by jazz drummer Antonio Sanchez. Here was a chance for a staid institution to recognize honest-to-god innovation, but instead it kowtowed to a technicality: Because Sanchez’s score shared the film with preexisting orchestral music, it was deemed ineligible for nomination. It’s an outright injustice, especially since Sanchez’s score functions in the way that the best film music does-which is to say it’s impossible to imagine the work without it. Take out the gorgeous Rachmaninoff melody that carries Michael Keaton in his flight through Manhattan and you still have Birdman; subtract the propellant force of Sanchez’s score and the movie loses its soul.

That point was reiterated on Saturday night, when Sanchez performed his score live to a screening of Birdman at the New York Society for Ethical Culture. This wasn’t the first time Sanchez had performed his score alongside the film for an audience, but it was the first time in New York, and the room was packed. Another performance has been announced for the Bonnaroo Music and Arts Festival’s film tent in June, where it will serve as both an exhilarating cinematic experience and a respite from the dangerous Tennessee heat.

Last weekend, Sanchez’s drum kit was positioned just right of a multiplex-sized screen. He wore headphones some of the time but not all, and kept his eyes fixed on a monitor directly in front of him, which most likely displayed the film and its invaluable time code. During a lengthy stretch in which the film didn’t use his score and employed other music, he got up from the kit. The new, specialized film print featured all of the requisite audio except for Sanchez’s score, and the mix between live and recorded sound was engineered with a great sense of balance-even if the cavernous, cathedral-like venue didn’t do the clarity of the dialogue any favors.

The performance process required a kind of doubling back for Sanchez’s part. He developed the ideas for his score initially via improvisations directed by Iñárritu, with no completed film available for viewing. Now he was still improvising, in the sense that he wasn’t reading notation and was aiming to create atmosphere, but his adlibbed hits and grooves needed to coordinate precisely with the timing of the action onscreen. There are lines to be drawn, no doubt, from this live-score performance to the megatours Sanchez participates in as a member of Pat Metheny’s bands. Metheny, in the house on Saturday, has a knack for tightening the reins on a set list while making space for spontaneity.

Sometimes, you felt like the judging panel at an audition: With good seats, it became difficult to immerse yourself in the film and stop from keeping tabs on Sanchez. (As Annette Bening’s control-freak mother tells her daughter after a dance performance in Sam Mendes’ American Beauty, “I’m so proud of you. I watched you very closely, and you didn’t screw up once!”)

The film’s bookends and first half required of Sanchez a focus not unlike that of a symphony orchestra’s percussion section. In the opening and closing credits, the letters are tossed into formation, and each letter is assigned a drum hit. An important scene in which Birdman fills the Keaton character’s head with rage and self-loathing, inspiring him to tear apart his dressing room, needed a tricky blend of exactitude and energy, and Sanchez delivered. (The audience hollered at its end as if he’d wrapped a killer solo.)

The most important playing he did, however, flaunted reflexivity as well as continuity. Birdman‘s story doesn’t so much unravel as scurry through the shadowy, claustrophobic backstage labyrinths of a Broadway theater. None of the characters are happy; in fact, everyone seems in various stages of existential decay, terrified of the high stakes that loom ahead, bursting with ego but devoid of actual confidence. Sanchez’s dynamics-savvy drumming, infused with swing, funk, hip-hop and Afro-Cuban elements, put you behind their steps but also inside their heads. It percolated underneath all their angsty misgivings like a headache or a heartbeat at the onset of a panic attack. During one of the film’s many sad, tender exchanges, Sanchez created texture on his hi-hats in a way that brought to mind Max Roach’s fearless solo recitals.

Once the credits began to scroll, the drummer was able to cut loose a bit, and he treated the crowd to the kind of virtuoso solo you might hear toward the close of a second set in a club. Like the film’s indeterminate ending, it was powerful and cathartic.

At SeixalJazz, across the graceful April 25th suspension bridge from Portugal’s capital city of Lisbon, the festival must go on. The last couple of pandemic … END_OF_DOCUMENT_TOKEN_TO_BE_REPLACED

Three jam-packed, sold-out, and high-spirited days of great music marked the 36th Red Sea Jazz Festival, which returned to its home in the Israeli port … END_OF_DOCUMENT_TOKEN_TO_BE_REPLACED

It was the warmest October on record in Seattle. Usually, when the Earshot Jazz Festival comes to town, it provides an escape from the autumn … END_OF_DOCUMENT_TOKEN_TO_BE_REPLACED

It was bracing to stroll into a brand-new creation for a story about destruction. Sixty years after its opening and 45 years after its last … END_OF_DOCUMENT_TOKEN_TO_BE_REPLACED