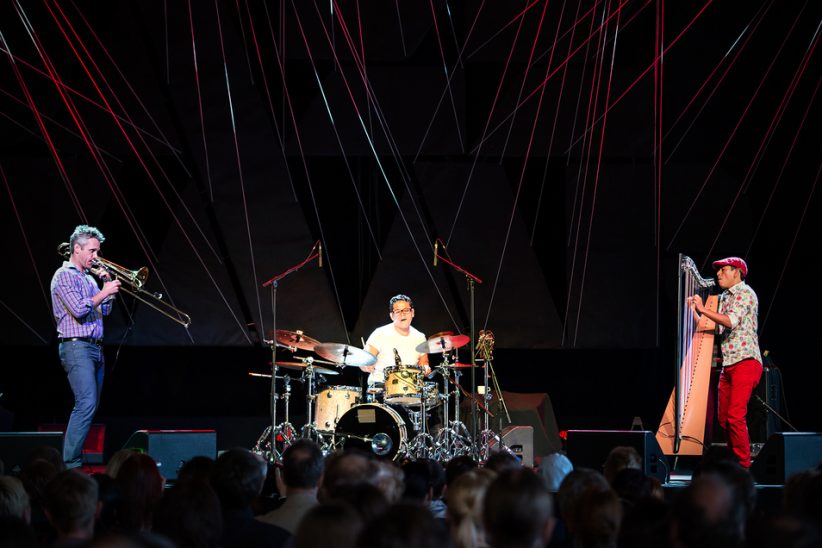 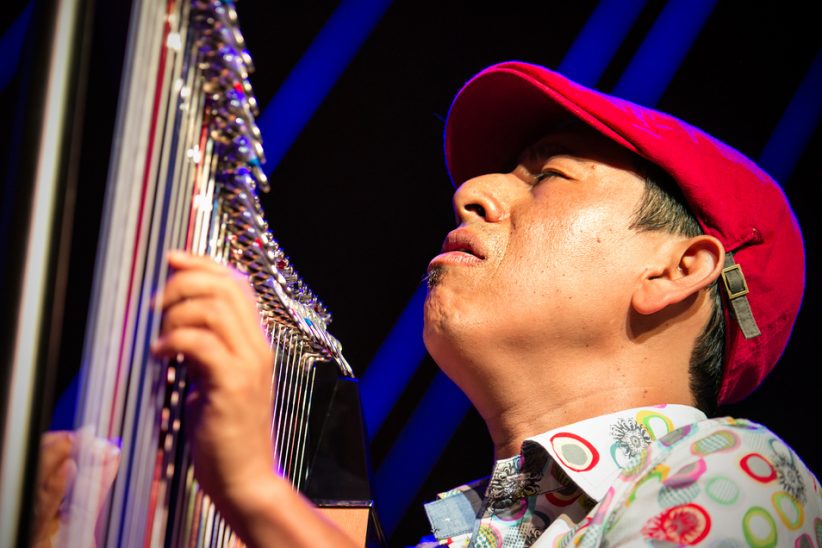 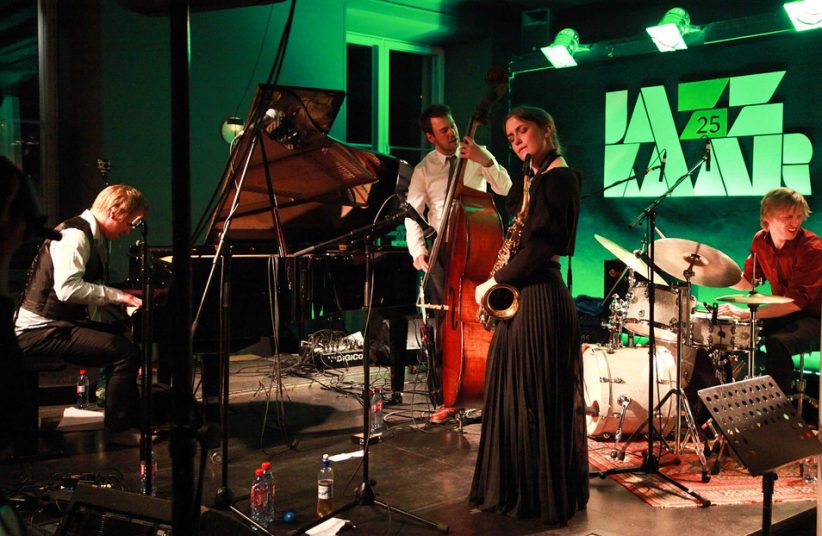 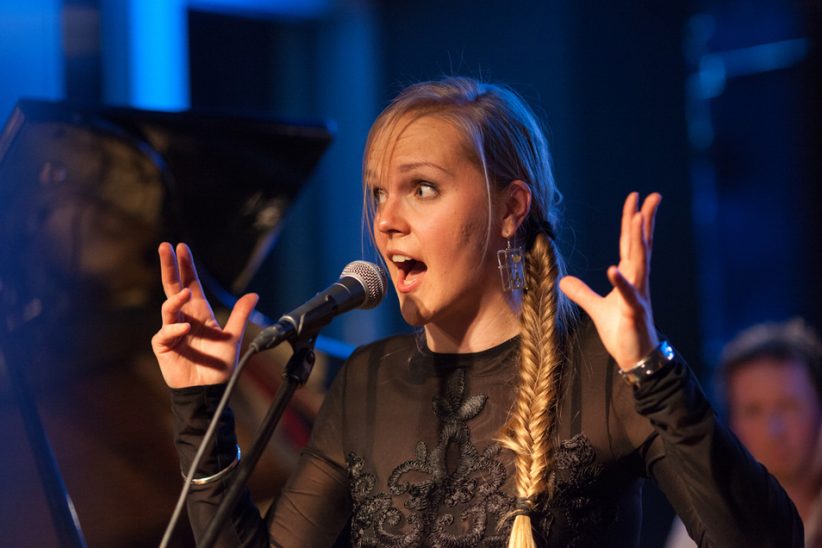 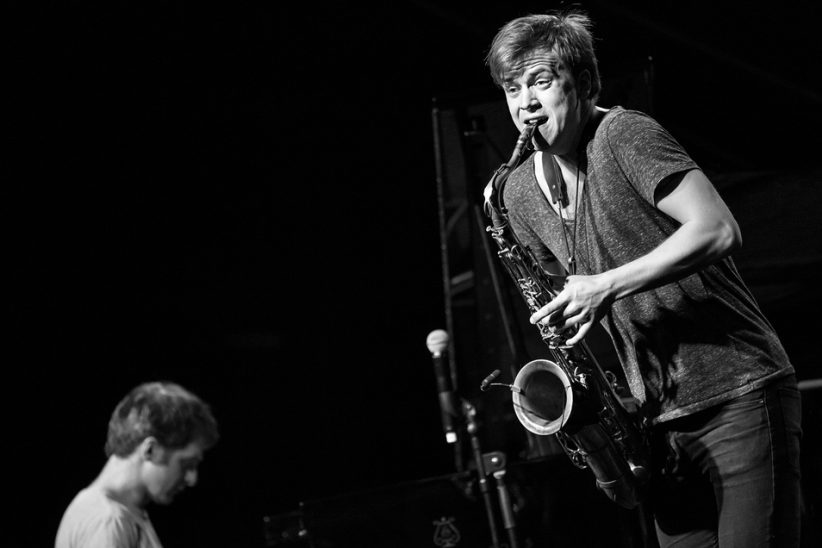 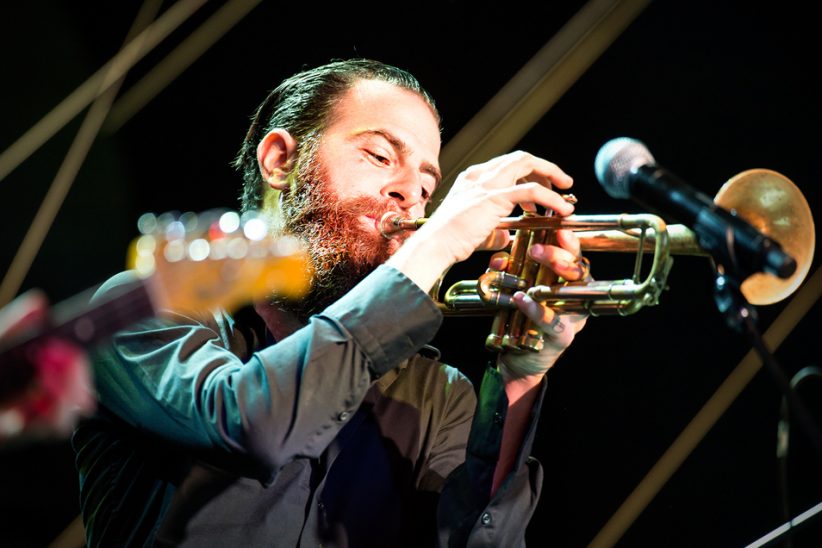 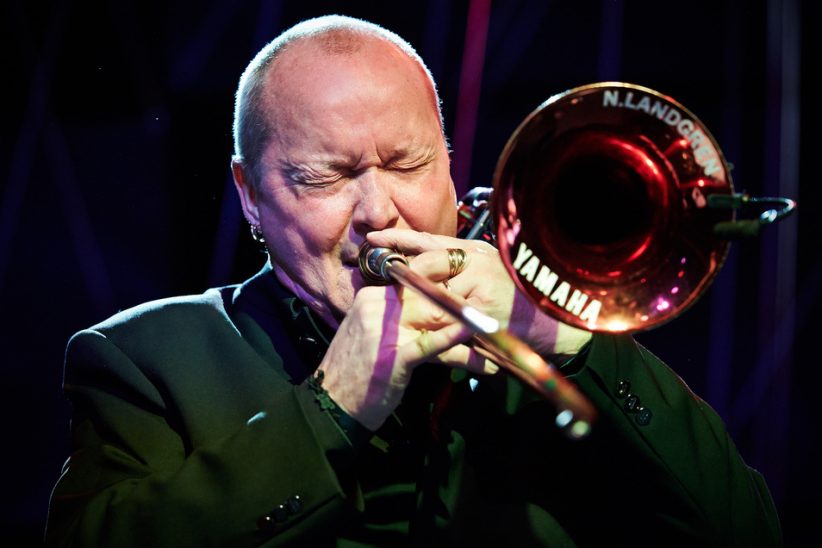 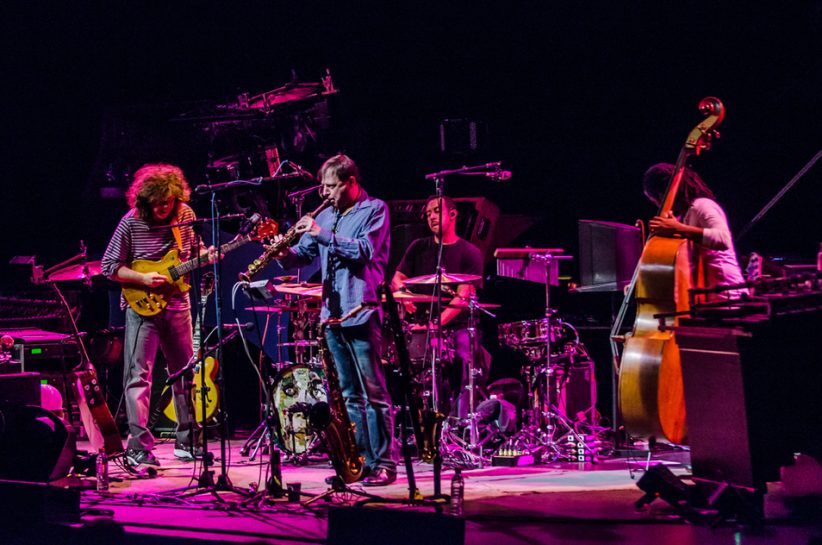 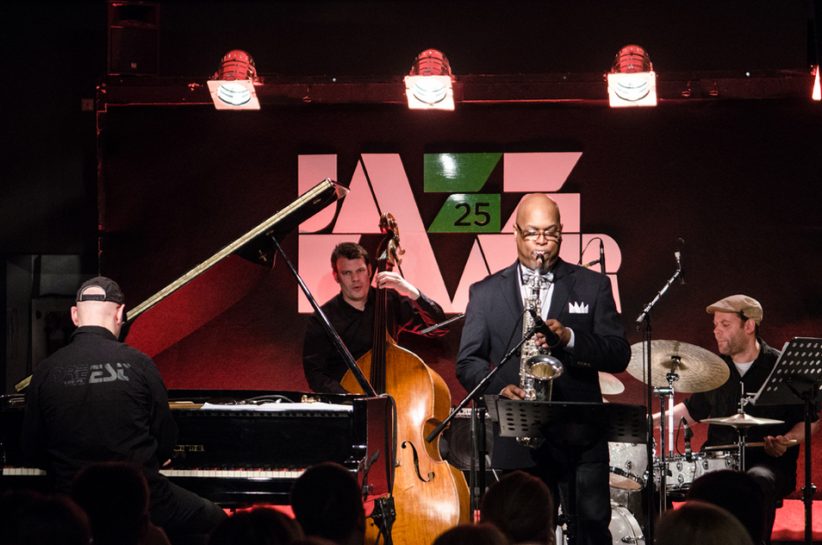 When Cassandra Wilson came out on the stage of the Nokia Concert Hall at the Jazzkaar festival, she said, “Wow. So this is Estonia. I never knew. Nobody told me about you.”

She is not alone. Estonia is an esoteric destination. The total population is 1.3 million, less than San Antonio, Tex. Many people can name two of the three Baltic states (Lithuania and Latvia) but not the third. Tallinn is Estonia’s capital. It is 50 miles south of Helsinki, across the Gulf of Finland, and 200 miles west of St. Petersburg. Tallinn deserves to be more famous. It is the best preserved of all Nordic medieval cities. The cobbled streets of the Old Town twist between 15th and 16th century buildings up to Toompea, the upper town, historically a separate municipality. A Russian Orthodox cathedral, with its four onion domes, towers over Toompea, and there is a palace in shocking pink that now houses Estonia’s parliament. The old city wall is mostly intact. Twenty-six of the original 46 watchtowers, with their pointed red roofs, are still in place.

Estonia became independent in 1991, when the Soviet Union fell apart. It is a member of the EU and NATO, was the third post-communist country to adopt the Euro, and has the highest GDP growth rate in Europe. Its streets contain so many designer shops and Audis that you sometimes forget you are not in Germany. Estonia, like every eastern European country, has a tragic history. For most Estonians, that dark history still lives. A phrase you hear constantly is “back in Soviet times,” referring to the period from 1944 to 1991, when Estonia was a Soviet republic. It was an era of executions, mass deportations (mostly to Siberia), “Russification,” ruthless repression and enforced collectivization.

During “Soviet times,” Moscow carried out an enormous population transfer. Hundreds of thousands of Russians were moved into Estonia. It was a strategy for bringing the country into the communist fold. The legacy of this strategy is a large Russian-speaking minority in present-day Estonia. Not far from Tallinn’s idyllic Old Town is Lasnamäe, a stark conglomeration of high-rise apartments in the brutalist Soviet architectural style. Approximately one-third of Tallinn’s 400,000 people live in Lasnamäe, most of them Russian. The challenges of forging a single unified society in Estonia are daunting. In 2007, an incident in Tallinn made headlines in the international news media. A “Liberation Monument,” important to Russian citizens because it memorialized Russia’s sacrifices in World War II, was moved from the city center to a cemetery on the outskirts of town. Violent protests erupted in Tallinn and Moscow. Cyber attacks were launched against Estonia’s governmental and commercial websites.

Of course, the jazz world was not unaffected by the totalitarianism of “Soviet times.” The Soviet Union was mostly hostile to jazz, and for many years the saxophone was outlawed. (That the saxophone was regarded as an especially dangerous purveyor of “Western decadence” is a factoid that should delight all living jazz saxophone players.)

Yet as far back as 1949, jazz lovers in Estonia were able to organize some concerts that they called a festival. It continued on and off until 1966, when they started calling it the Tallinn International Jazz Festival. Then in 1967 a famous incident occurred. It made the New York Times, and, from the point of view of the American jazz community, was Tallinn’s first and only 15 minutes of fame. Charles Lloyd appeared with his popular quartet (Keith Jarrett, Ron McClure, Jack DeJohnette). The band exceeded the time allotted in the government-approved program. A large crowd was driven wild by the strange experience of freedom that Lloyd’s music aroused. They shouted and carried on. The communist apparatchiks present as official observers were so uncomfortable with this public display of chaotic, unauthorized emotion that they pulled the plug on the concert. Then the crowd, screaming “Lloyd jazz! Lloyd jazz!” threatened to riot for real. The government overseers reluctantly plugged Lloyd back in and let him finish the show, but the fate of the Tallinn International Jazz Festival was sealed. It went dark for 23 years.

Then, in 1990, a small festival was held in Tallinn. It now called itself “Jazzkaar,” which is a play on Estonian words. A “jaskar” is a village party, and a “vikerkaar” is a rainbow. A “Jazzkaar” is therefore both a party and a music rainbow. Like so many jazz festivals, Jazzkaar is the brainchild and life’s work of a single individual. When Anne Erm started it from scratch in 1990, it was still “Soviet times,” although Soviet control had already started to unravel. By the second year, in 1991, Estonia was emerging from its 47 years of communist twilight. Erm’s day gig was at a radio station in Tallinn. (She still hosts a jazz program.) She possessed zero experience in the business side of the music business. But she was apparently persuasive. Legend has it that in the early days she carried a plastic bag to meetings with potential sponsors, public and private. The bag contained her meager portfolio of festival advertisements and photos. In the deprivation of “Soviet times,” she did not own a briefcase.

Against all odds, Erm got Jazzkaar off the ground. By 2014, she was the artistic director of a 10-day festival celebrating its 25th anniversary, with 26 concerts in three venues, plus an “Off Festival” with music in the cafés, trams and streets of Old Town. The primary site was Marina Pavilion (“Merepaviljon”), near the sea at Tallinn Harbor. It is a temporary building with an arched tarp roof, only set up for special events. Once inside, you were not conscious that it is a pre-fab structure. The sound system and acoustics were fine. The Pavilion had 1000 seats that were always full or nearly full. (On its 25th anniversary, Jazzkaar set a record for attendance.) The two headliners, Cassandra Wilson and Pat Metheny Unity Group, played in the Nokia Concert Hall (“Nokia Kontserdimaja”), an immaculate new 1829-seat auditorium with excellent natural acoustics, just outside the Old Town in the Solaris shopping mall. The late-night concerts (not that late: 10 p.m.) were held in the NO99 Jazz Club (“Teater NO99 Jazziklubi”), a couple of blocks from Solaris. The festival needs to find an alternative to this space. It was a nice intimate setting in which to hear music for a few fortunate early arrivers, and a standing-room-only and/or blocked view situation for everyone else.

There are only a few sounds in jazz that immediately stop you cold simply as sensory stimuli, as pure aural events, even before they have differentiated themselves into notes or words. Jazzkaar 2014 contained three of them: the shimmering, celestial sonorities that Edmar Castaneda derives from his unique instrument, the Colombian harp; Cassandra Wilson’s voice, which reaches directly deep inside you, bypassing your brain; the heart-rending strains of a harmonica in the hands of Gregoire Maret, who now serves as Wilson’s musical director.

Castaneda played Marina Pavilion with his trio (Marshall Gilkes, trombone; Rodrigo Villalon, drums). For jazz fans who have spent their lives with traditional ensemble formats, Castaneda is an unfamiliar, exciting experience. He is a virtuoso. Sometimes he makes his harp sound like a guitar (no, eight guitars), sometimes like a sitar, sometimes like a host of strumming angels.

But this improbable trio is no novelty act. Its intricate music is all about ecstasy. Gilkes is one of the most creative trombonists in jazz, and Villalon is a dialed-in drummer whose swing is subtle and insidious. Castaneda’s piercing plucked single notes and his ringing sweeps are tonally so different from Gilkes’ blasting, blustering brass. The contrast works. “Entre Cuerdas” (“Between the Strings”) was a successful attempt to combine traditional joropo music from the plains of Colombia with jazz improvisation. Castaneda can drown you in his vast washes, but within the sublime din, he invents vivid melodic lines. Gilkes is free to launch diverse bold excursions.

Gilkes contributed one tune, “Looking Forward,” a graceful, pensive jazz melody. The composer took a solo with many turns and digressions while Castaneda surrounded him with complementary clouds of sound. Castaneda was alone for “Jesus de Nazareth,” a complete world of harmony and rhythm and passion that often rang out but sometimes grew very quiet. After he announced that he sometimes likes to combine sambas from Brazil with rhythms from his native Colombia, it was startling when the song became “Autumn Leaves,” alive with new sensual samba energy. Castaneda’s set was one of the highlights of the festival.

John Gilbreath, executive director of Earshot Jazz, walked to the microphone on opening night to introduce the first concert of the 33rd Earshot Jazz Festival. … END_OF_DOCUMENT_TOKEN_TO_BE_REPLACED

The year 2020 tarnished the Monterey Jazz Festival’s revered reputation as the world’s longest continuously running jazz festival (since 1958). Due to the pandemic, the … END_OF_DOCUMENT_TOKEN_TO_BE_REPLACED

“It brought us all pure joy to get together and play as a group post-COVID lockdown,” saxophonist and composer Christine Jensen told JazzTimes after playing … END_OF_DOCUMENT_TOKEN_TO_BE_REPLACED

I had hoped to report on the 2021 edition of the DC Jazz Festival without using the word “pivot,” a term that was already overused … END_OF_DOCUMENT_TOKEN_TO_BE_REPLACED