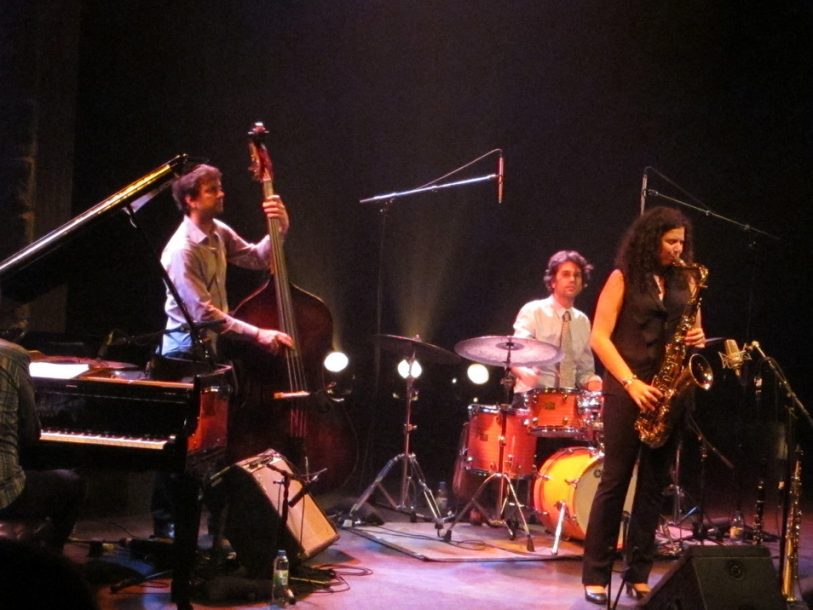 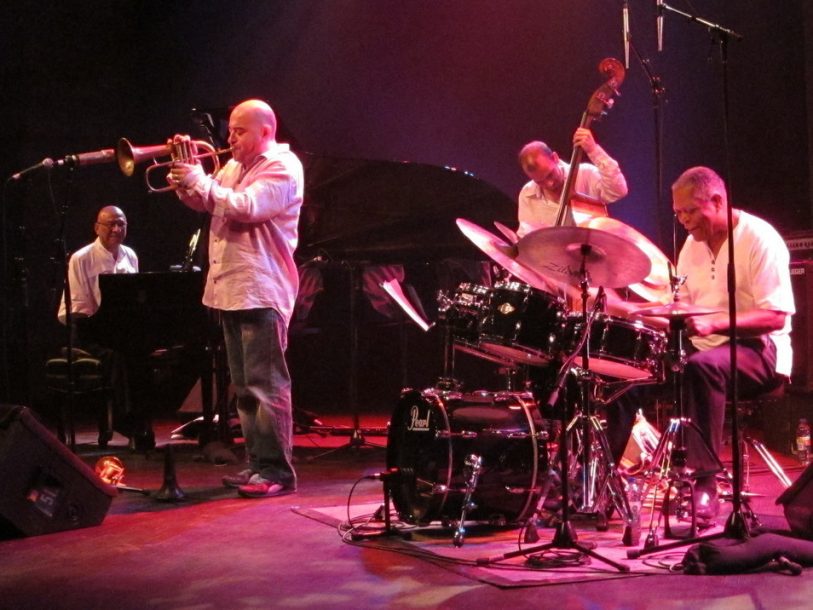 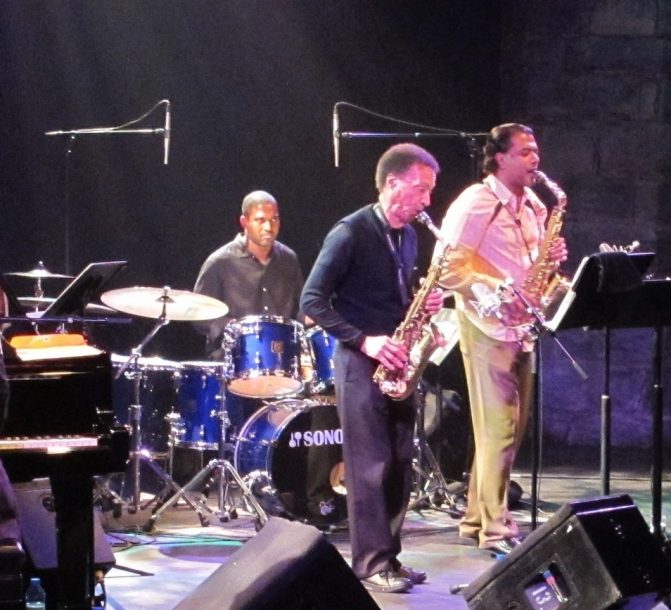 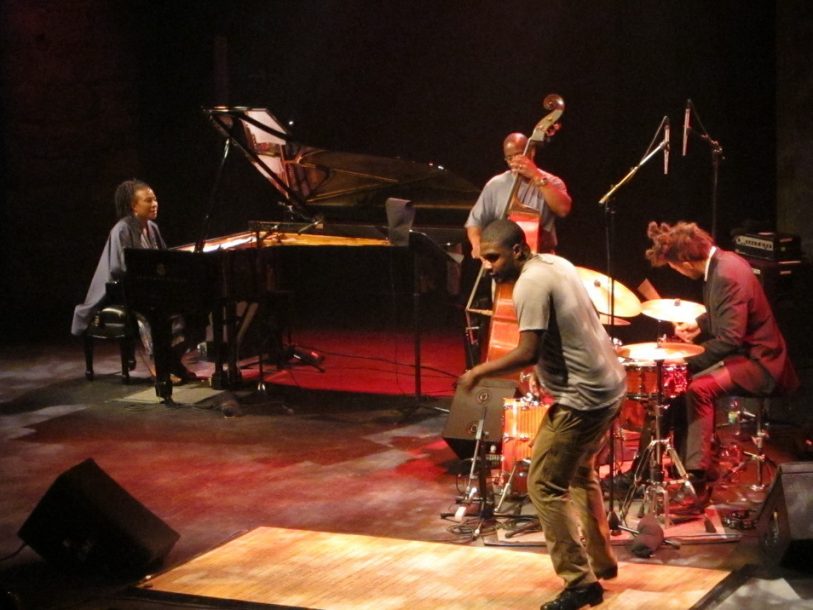 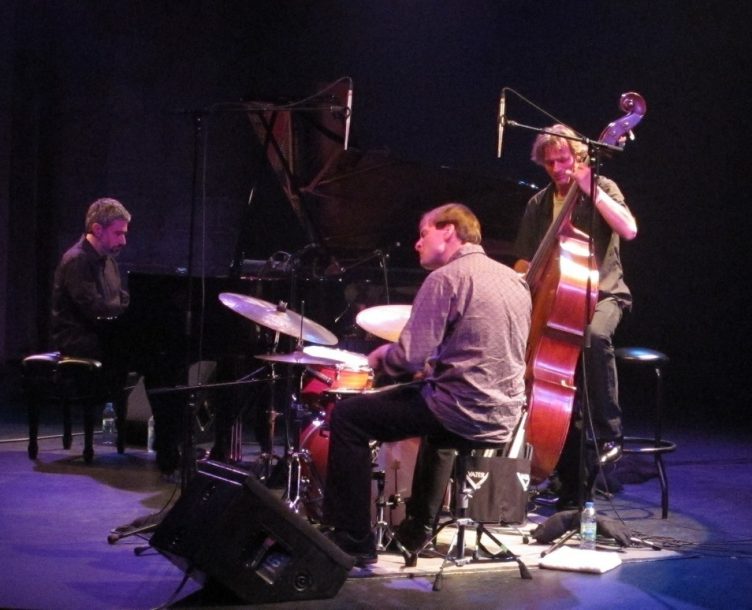 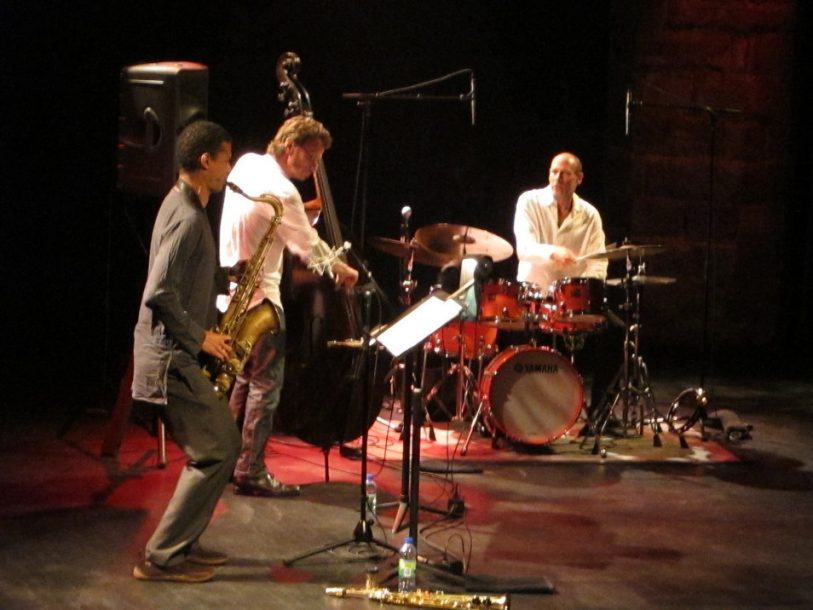 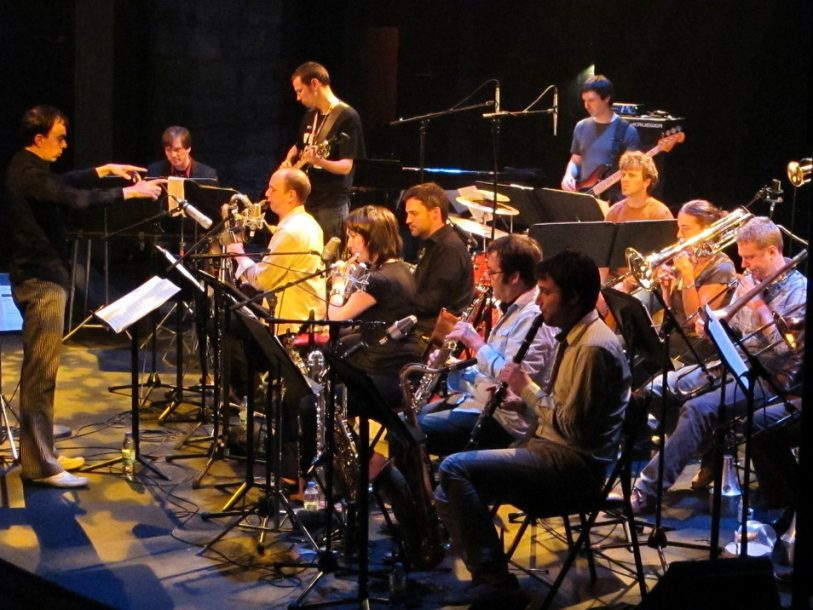 The Festival International de Jazz de Montréal is essentially a 10-day block party spanning a square kilometer, kicking off at 11 a.m. and running late into the night, offering everything from jazz, Dixieland and blues to pop, African, Brazilian, Portuguese, Cuban and R & B. With a staggering number of concerts featuring nearly 3,000 musicians from around the world, the festival-now in its 32nd year-is truly an international, multicultural musical feast. Among over 180 ticketed indoor shows, jazz heads were offered a wide assortment of jazz in all its various hues. But the extraordinary number (150) of free, outdoor shows spoke to the festival organizers’ focus on offering a wealth of music to all.

Suggestive of its broad appeal, the festival’s pre-opening, sold out concerts on June 24th were Robert Plant & The Band of Joy and Prince. The festival officially opened on June 25th with several highlights: Paco de Lucía, Brad Mehldau solo (both sold out), Milton Nascimento, Marc Ribot’s Ceramic Dog (part of his three-night Invitation Series) and many others. I kicked off Day 1 with the Dave Binney Quartet (see below); then it was on to the grand opening event-a mega outdoor concert on the festival’s main stage by French soul sensation Ben L’Oncle Soul (thankfully, the rain had stopped for the occasion). The band laid down some funky grooves, revisiting ’60s Motown classics and contemporary pop-rock hits; I caught a few tunes before dashing over to the Upstairs Jazz Bar to hear Gilad Hekselman’s second set (see Part 2). An opening night full of promise of things to come.

Built in 1865, Montreal’s oldest performance hall, the Gesù centre de créativité – my favorite venue thanks to its beautiful sound and intimacy – presented two series: Jazz Beat at 6 pm, and Jazz dans la nuit at 10:30. Programming for these series has been consistently strong throughout the past several years, and this edition was no exception. First on deck was David Binney and his quartet with bassist Thomas Morgan, pianist Jacob Sacks and drummer Dan Weiss (this particular group has been active for the past ten years, playing regularly at the 55 Bar in NYC). The cohesive ensemble demonstrated strong group interplay, highlighting Binney’s compositional skills with material drawn partly from his 2011 release Graylen Epicenter. Binney dazzled on alto, executing his imaginative lines with energy and dexterity, but it was Weiss who had the strongest effect, alternating sticks, mallets and brushes, as well as the tips of his fingers, as he unleashed mesmerizing rhythmic torrents.

On day 2 the Gesù featured Anat Cohen, who had played the same stage earlier that night with the Newport All Stars in celebration of George Wein‘s 85th birthday. Playing flute, clarinet and saxophone, Israeli-born Cohen captivated the audience with her unique mix of modern jazz, Brazilian choro and other flavors. Cohen’s NY quartet displayed a strong chemistry, delivering a diverse set that included Fats Waller’s “Jitterbug Waltz,” drummer Daniel Freedman’s driving, gnawa-tinged “All Brothers,” and Harold Alren’s “Last Night When We Were in Love,” featuring a tender piano solo by pianist Bruce Barth. Following a moving rendition of Abdullah Ibrahim’s “The Wedding,” Cohen’s horn full of feeling and Joe Martin soulful on bass, the leader invited stellar guitarist and fellow All-Star Howard Alden, who added an extra dimension on “After You’ve Gone” and Django Reinhardt’s “Nuages.”

The following night the Gesù hosted master pianist Geri Allen and her Timeline project with spectacular tap dancer/percussionist Maurice Chestnut. Conceptually, Allen took us back to the era when jazz and dance were performed together; musically, it was all about the present. Drummer Kassa Overall stood out with some vigorous, inspired playing, as did several other drummers throughout the Gesù series who, though not leaders of their own bands, shone on their instrument. Pheeroan akLaff blazed in Don Byron‘s New Gospel Quartet with soul-stirring vocalist DK Dyson; the legendary Billy Hart was a strong force in French trumpeter Stéphane Belmondo‘s quartet with Kirk Lightsey (!) and bassist Sylvain Romano, propelling the band through material from the quartet’s recent recording The Same As It Never Was Before; and Damion Reid was transfixing in the Apex project, the stunning cross-generational collaboration between Rudresh Mahanthappa and Bunky Green. The two alto players were visibly happy to share the stage on what was the first night of an extended tour, Mahanthappa’s signature fusion of American jazz with Indian music blending and juxtaposing with the veteran Green. This innovative East-West alto summit made for some vigorous exchanges, bassist Carlo De Rosa comping with fluidity and offering engaging solos, and pianist Matt Mitchell making full use of his broad jazz vocabulary. The group traversed tunes penned by both alto players, from Mahanthappa’s hard-grooving, raga-inspired “Playing with Stones” to Green’s emotive “Little Girl, I’ll Miss you.”

Two stellar drummers who co-lead two (very different) trios also played fantastic sets at the Gesù: Jeff Ballard with FLY, his joint project with longstanding collaborators Larry Grenadier and Mark Turner, and Ari Hoenig with the Pilc-Moutin-Hoenig Trio. The FLY trio hadn’t played together since recording their new album in January, but you’d never know it; this tight-knit, symbiotic group clearly shares a strong familiarity and trust. Performing new material by all three members, they were equally present and mutually attentive – Turner characteristically cerebral yet accessible, Grenadier’s dexterous playing marked by his deep, rich tone, and Ballard – well, if you haven’t heard him before, it’s time.

Hoenig’s French-American trio with pianist Jean-Michel Pilc and bassist François Moutin combined diverse sensibilities to adventurously explore original material and familiar standards in a rambunctious, stream-of-consciousness kind of way; they kept the audience captivated, stimulated, wondering where they were going next, their ebullient interaction often feeling telepathic. The Gesù set was an explosion of in-the-moment creativity; Moutin’s impeccable sound and astounding technique synched with Hoenig’s frenetic energy and spontaneous rhythm changes and Pilc’s sonic explosions. Watch for their new album, coming out in August.

The artists playing the Gesù often expressed their fondness of this intimate, superior-sounding room and their appreciation of its supportive, attentive audience, and the festival once again served up two superb series facilitating a mutually complementary dynamic.

“It’s time to imagine a place where we can come together,” Danilo Pérez said from the hallowed stage of Washington, D.C.’s historic Sixth & I … END_OF_DOCUMENT_TOKEN_TO_BE_REPLACED

At the Zeiders American Dream Theater in Virginia Beach, Va., between April 8 and 10, the Vocal Jazz Summit convened in person for the first … END_OF_DOCUMENT_TOKEN_TO_BE_REPLACED

The Big Ears Festival returned to Knoxville in a big way in late March, drawing an estimated 30,000 music enthusiasts from across the U.S. and … END_OF_DOCUMENT_TOKEN_TO_BE_REPLACED

Let’s get this out of the way: The Savannah Music Festival is not a jazz festival. Held over the course of 17 days in late … END_OF_DOCUMENT_TOKEN_TO_BE_REPLACED