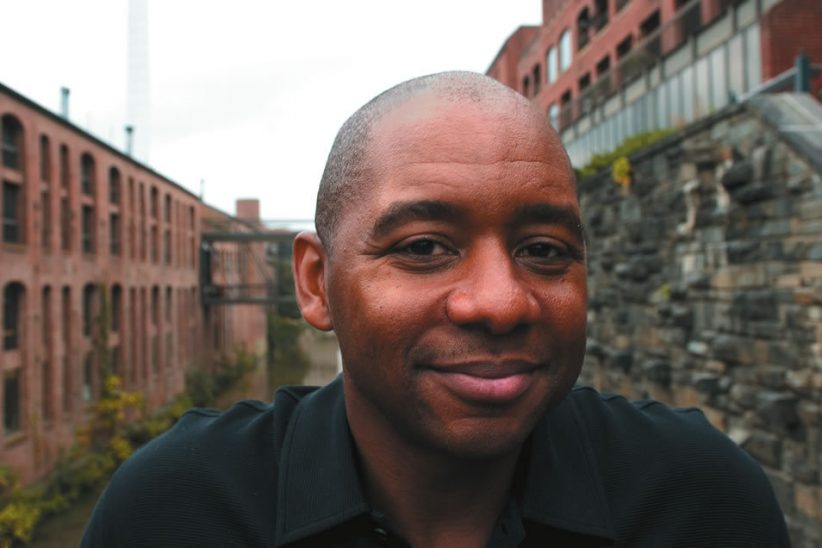 Jazz has a faithful friend and source of support in Portugal, as it does in most European countries. But Portugal’s jazz love and jazz lore run especially deep. As any jazz lover in Lisbon will tell you, the city sports the oldest jazz club in Europe, a comfortable and well lived-in and listened-in basement haven called Hot Clube in downtown Lisbon, founded by legendary jazz late promoter Luis Villas-Boas.

Festival-wise, the Estoril Jazz Festival, run since the early ’80s by veteran Duarte Mendonça, is one of the older festivals in this corner (and a literal corner, at that) of Europe. While another well-known Portuguese festival, Jazz em Agosto (“Jazz in August”) festival at the Gulbenkian Foundation in Lisbon, leans toward the experimental side of things, Estoril is proudly straight down the idiomatic middle, and this year’s roster featured Ron Carter, Bobby Hutcherson and Branford Marsalis.

In the summer of 2008, the legendary old festival branched out with a link to the Allgarve Jazz Festival, so named with a bit of marketing-savvy misspelling, to promote the southern coastal resort area of the Algarve. Whereas the Estoril Festival takes place in a central tented venue in the old seaside fort in the resort outpost of Cascais, outside of Lisbon, the Allgarve was a moveable feast, with a different artist in a different city night after night.

Opening the Allgarve festival, Lucky Peterson fared with intuitive hipness on Hammond B3 and guitar, played in a humble provincial soccer stadium in the town of Portimão. Peterson, who was having technical trouble with his guitar (which he blamed on the amp), ended his set in a chilly wind and the warming sound of Leon Russell’s “Song for You.”

Coincidentally, the same song found its way into the set by Herbie Hancock the next night, this time for a much larger audience in an ad hoc outdoor venue in the center of the lovely town of Loulé. Guitarist of the moment Lionel Loueke, an important component in Hancock’s current band and musical aesthetic agenda, put in a brief opening set, before Hancock and band hit the stage.

Following the successes of his vocal-ized Possibilities and his Grammy-nabbing Joni Mitchell tribute album River, Hancock is busy trying to reinvent and friendly-fy his musical approach, injecting more commercial and potentially popular elements as he goes. The new model doesn’t always feel right, given what we know about Hancock’s more adventurous instincts. But this particular incarnation of his band-fortified with needed sophistication from bassist Dave Holland and saxist Chris Potter balancing drummer Vinnie Colaiuta’s cementing slink-made the transition from “Actual Proof” to U2’s “When Love Comes to Town” more agreeable.

Over in Cascais a few nights later, a more focused musical identity, along hard bop lines, was being skillfully plied by Hutcherson and band, from the same generation as Hancock. Anchored by veteran Bay Area mainstay drummer Eddie Marshall, Hutcherson and band put in a no-nonsense show, with the leader’s energetic approach to vibes tempered by an intrinsic sense of lyricism. Pianist Joe Gilman played one of those spare, inspired solos on “I Thought About You” that was one of the little epiphanies of the festival.

On a night off in Lisbon, I felt compelled to check out what fado could be found on a Thursday night. After a bite in the scenic and wallet-friendly Resto at Chapitõ in Alfama, with its great view of the city below (thank you, Lonely Planet), I got blissfully lost in the crazy maze-like streets of old Alfama, a birthplace of the great and mournful indigenous music of fado. I finally arrived at an old fado place, Parreirinha de Alfama, off the square where the Museu du Fado is located. Argentina Santos’ suitably big but plaintive voice filled the room liberally lined with the painted tiles common in Portugal.

Over in the Bairro Alto section of Lisbon, the well-known Adega Machado and Adega Mesquita were closing up shop, but the Club Luso had fado into the wee hours. Hearing the serpentine folkloric music in this dark, cavernous space, a survivor of the devastating 1755 earthquake, while sipping sparkling vinho verde (green wine), life felt fine for a short spell.

Meanwhile, back at the festival … one act slightly beneath the radar and marquee in the Estoril lineup was the inventive contemporary group KIMISTRY, led by singer-songwriter Kim Kalesti and featuring trombonist Ku-umba Frank Lacy. The band played one night in the vast casino in Estoril-a slightly surreal experience, in the shadow of slot machinery-and then for two nights in the more fitting ambience of the Hot Clube. They got a stronger handle and a more fluid grasp on Kalesti’s intricate original material, set by set.

For this visitor/listener’s money, the high points of the trip to Portugal, split between the Allgarve and Estoral festivals, came with excessive winds attached. Marsalis’ set in Cascais was marked-and some would say marred-by an unexpected high winds, causing the tent structure to creak and flap. More than once, the players imitated the uninvited sonic elements in the venue.

But even so, the wind added a nice edgy touch to the evening, as Marsalis’ Quartet showed why the band boasts one of the boldest games in jazz. True to the Estoril festival’s code, the group’s music is acoustic and seemingly “mainstream,” but it stretches in multiple expressive directions and history-hopping gymnast maneuvers. From Monk tunes to Monk-ish and Trane-ish originals, to lyrical balladry, the Marsalis clan-drum great Jeff “Tain” Watts, pianist Joey Calderazzo and bassist Eric Reevis-seem to do most all the right things, but with creative detours along the way.

Several nights earlier, as part of the Allgarve festival, even fiercer wind showed up in Sagres, the literal SW corner of Europe and the legendary home of 15th-century navigation pioneer Henry the Navigator’s seafaring school. On that occasion, in a stage set up on the ancient, cliff-hugging fort, the intriguing and hard-to-categorize Portuguese vocalist Maria João braved the elements, even when gusts of wind occasionally sent music paper flying. Beautifully abetted by longtime, compelling pianist ally Mário Laginha, João injected new interpretive life-part eccentric, part organic-into “I’ve Grown Accustomed to His Face,” “When You Wish Upon a Star” and other original pursuits. Underscore original.

After midnight, the wind (the restive spirit of Henry the Navigator?) kicked up even more, music paper took flight, and the show ended on a note of ecstatic anarchy. But the show must-and did-go on, in memorable blasts of friendly musical intensity, here on a continental brink.

“It’s time to imagine a place where we can come together,” Danilo Pérez said from the hallowed stage of Washington, D.C.’s historic Sixth & I … END_OF_DOCUMENT_TOKEN_TO_BE_REPLACED

At the Zeiders American Dream Theater in Virginia Beach, Va., between April 8 and 10, the Vocal Jazz Summit convened in person for the first … END_OF_DOCUMENT_TOKEN_TO_BE_REPLACED

The Big Ears Festival returned to Knoxville in a big way in late March, drawing an estimated 30,000 music enthusiasts from across the U.S. and … END_OF_DOCUMENT_TOKEN_TO_BE_REPLACED

Let’s get this out of the way: The Savannah Music Festival is not a jazz festival. Held over the course of 17 days in late … END_OF_DOCUMENT_TOKEN_TO_BE_REPLACED