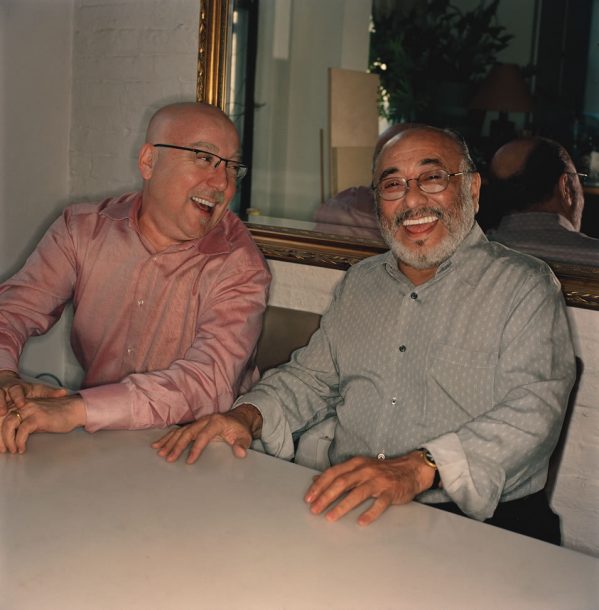 Percussion is paramount in Latin jazz, but rhythm is the real essential; in the end, a killing clave groove can exist without the aid of congas or timbales. That was the thesis of a recent Baltimore performance by pianist Eddie Palmieri’s trio with the trumpeter/flugelhornist Brian Lynch, a collaborator of more than two decades, and bassist Luques Curtis. Without the explicit beat-keeping one might expect from one of Palmieri or Lynch’s fleshed-out working bands, this threesome created an impressive amount of Latin-jazz thrust. When the group softened its sense of propulsion, other, often overlooked assets came to the fore-namely the towering abilities of these players in a straightahead setting.

The atmosphere made for cozy dissection and a cheerful sort of study. This first set of two on Sunday, Dec. 20, was scheduled for 3 p.m., a last-minute matinee to replace the prior evening’s gigs, cancelled due to a record-breaking snowstorm. Those who were able to dig out and make it to An die Musik’s upstairs recital hall on Sunday gave off the impression of being delivered from cabin fever. Enthusiastic, perhaps even overzealous, the audience made up for its diminished numbers with unyielding applause. At a venue of already intense intimacy, things felt even chummier than usual. (You want harder proof? In honor of Palmieri’s 73rd birthday, cake was served between sets.)

As can be expected in Latin jazz, the fellowship was channeled musically to and from the bandstand. On “Picadillo,” Palmieri trained the crowd to support Curtis’ dynamically robust bass solo with a clapped clave. Also de rigueur for an Afro-Cuban performance, the tune was preceded by a history lesson: Palmieri credited its composer, Tito Puente, and told of when he and Cal Tjader recorded it at Rudy Van Gelder’s studio for the 1966 LP El Sonido Nuevo.

Tjader is a good reference point for the splendid balance this group struck: Latin-jazz measured with post- and hard-bop, Afro-Cuban horsepower tempered by deep harmonic knowledge and a willingness to interact in chamber-ish, Romantic ways. Palmieri offered thundering rubato prologues that evoked McCoy Tyner and even Keith Jarrett; Lynch blew agile bebop lines with smooth edges that staved off bombast-even his high-note playing was entertaining without being overwhelming. (A series of descending, longish tones on the stately, Renaissance-sounding “Resemblance” embodied good taste.)

Twenty-six-year-old bassist Curtis, a mainstay in Palmieri’s circle for years now, expertly covered both terrains, sometimes in rapid succession: Palmieri’s “Iraida,” written for the pianist’s wife, found the bassist jump-cutting from Latin vamps to walking changes with ease. As he often does, Palmieri made a point of introducing and praising the young bassist more than once, and Curtis grinned like a bashful grandson. There was a lot of love in the room.

“It’s time to imagine a place where we can come together,” Danilo Pérez said from the hallowed stage of Washington, D.C.’s historic Sixth & I … END_OF_DOCUMENT_TOKEN_TO_BE_REPLACED

At the Zeiders American Dream Theater in Virginia Beach, Va., between April 8 and 10, the Vocal Jazz Summit convened in person for the first … END_OF_DOCUMENT_TOKEN_TO_BE_REPLACED

The Big Ears Festival returned to Knoxville in a big way in late March, drawing an estimated 30,000 music enthusiasts from across the U.S. and … END_OF_DOCUMENT_TOKEN_TO_BE_REPLACED

Let’s get this out of the way: The Savannah Music Festival is not a jazz festival. Held over the course of 17 days in late … END_OF_DOCUMENT_TOKEN_TO_BE_REPLACED