Skip to content
Become a member and get exclusive access to articles, live sessions and more!
Start Your Free Trial
Home > Reviews > Duke Ellington Jazz Festival: Jazz on the Mall 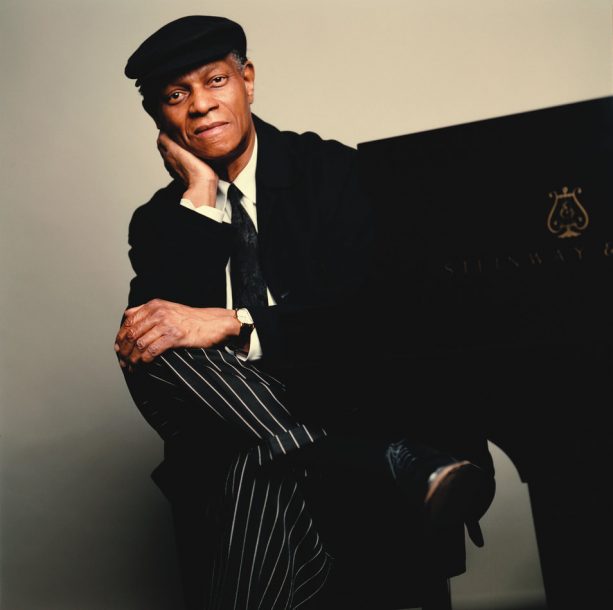 Those tired (but very true) clichés about jazz being a symbol of American freedom have probably never seen a more picturesque manifestation than “Jazz on the Mall,” the free all-day event that is the crown jewel of Washington, D.C.’s Duke Ellington Jazz Festival. Held at an amphitheatre a stone’s throw away from the Washington Monument, it’s perhaps the best-looking, best-sounding free event in a city teeming with subsidized cultural to-dos. (The festival also famously hosts an annual NEA Jazz Masters concert, though that event costs money to attend and doesn’t boast the world’s most famous monolith as scenery.)

Founded six years ago by former Dizzy Gillespie road manager Charles Fishman, the weeklong festival seems to serve two main functions: One, it draws city residents who need an official sanction such as a “jazz festival” to check out local artists and explore quasi-historic venues like Bohemian Caverns and Blues Alley; and two, with the annual Mall concert and Jazz Masters showcase, it culls famous players who might otherwise only stop in the District to play the Kennedy Center for exclusionary ticket prices.

But from Wednesday through Tuesday in the first week of October, D.C. has it both ways. There are gigs you could probably see any random week: local projects that fuse jazz with hip-hop, journeymen musicians headlining well-worn supper clubs, pan-cultural music at very official-sounding institutions. (D.C. is a rare city where embassies, libraries and museums often have better jazz action than the clubs.)

Then there’s that must-attend day-long stretch, where this year Taj Mahal, Christian McBride, Conrad Herwig’s Latin Side Project, McCoy Tyner and Dee Dee Bridgewater gave uniformly outstanding performances; a day full of honest-to-God working groups, without the standards-heavy, special-guest blowouts these events rely on far too often. The weather was impeccable, and the crowd was sizable, polite and appreciative. Although the previous day was officially “Jazz ‘n Families Day” at the site, “Jazz on the Mall,” with its daytime schedule and lack of booze, seemed equally wholesome.

As a performer, he is in many ways ideal for this type of come-one, come-all event, so much so that his early afternoon start time seemed to shortchange him. Like B.B. King, he knows through decades of experience playing to diverse audiences how far to take the bawdy, sexualized humor that is so integral to the blues. He elicited whoops and giggles by making catcalls in his muffled, mock-Howlin’ Wolf baritone; he sang about Easy Riders; in an example of the bluesman as folk narrator, he told the story behind “Good Morning Miss Brown,” wherein an aging neighbor lady tried to procure his brother; and he gave a shout-out to “Alicia ‘Long Curves’ Keys.” But the chuckles turned to beguilement when the 66-year-old meditated on numbers like “Queen Bee,” with its delicate folk-blues melody, and “Zanzibar,” a song included on his new release, Maestro (Heads Up), bursting with a timeless tunefulness that spreads from traditional African verse into Afro-pop. His banjo playing evoked similar melodicism, and familiar humor: “Oh, lord, a brother with a banjo!” he said, even though Taj Mahal, like Otis Taylor, Corey Harris and others, has worked to reaffirm that instrument’s African origins.

Christian McBride’s band with saxophonist Ron Blake, drummer Terreon Gully and keyboardist Geoffrey Keezer played challenging postbop-inflected fusion while holding onto R&B earthiness enough to satisfy a crowd filled with passersby. McBride is especially good at defusing his often highly complex music with an intense likeability. (The 36-year-old bassist is a diehard Philadelphia-bred sports fan, and both the Phillies and the Eagles were playing during his set-the latter team against the Washington Redskins-prompting him to ask for scores between songs.)

McBride’s electric music is formed in the sonic image of Weather Report (“Boogie Woogie Waltz” was covered here) and its spin-offs, particularly Joe Zawinul’s Zawinul Syndicate. The group uses this aura of retro-fusion cool-captured best in Keezer’s distorted Rhodes tones-along with 21st-century addendums that prove how profoundly the bassist/leader has absorbed popular music, from ’60s rock to James Brown and hip-hop. The quartet skipped from idiom to idiom, playing several songs featured fairly recently on McBride’s fun if overlong multi-disc set Live at Tonic (Ropeadope): “Technicolor Nightmare,” a McBride composition with a brawny blues-rock riff worthy of Cream or Led Zep at its core; Blake’s “Sonic Tonic,” an exercise in Caribbean rhythms with solos by Keezer and the saxist that stayed effectively in the pocket; and “Say Something,” a cerebral romp that alternated between grooving fusion and aggressively swinging postbop.

Trombonist Herwig’s groups are almost always well-oiled machines (anyone who’s caught the Mingus Big Band knows that): Percussionist Little Johnny Rivero was a Latin-groove pacemaker, Handy a harmonically daring soloist in this staid context, and Herwig himself brings an athletic power rare for players of his instrument. Nonetheless, performing “So What” in a Latin-jazz guise invokes corniness; it’s a move you might expect an ace college lab band to make.

One-time Weather Report member Gravatt, owner of one of jazz’s greatest unsung techniques, is a drummer of steady power and singular panache. He’s a player whose presence is foreshadowed whenever the stagehands set up his kit, through his ride cymbal, which is set high and tilted to face him. With the cymbal set in this position, Gravatt hammers it with uncommon precision, achieving wide, loose swaths of sound at its edges and coaxing pointillist, bell-like timbres at its center. He’s an exceptional drummer who doesn’t rely on pyrotechnics yet remains a joy to watch.

Tyner also offers visual gratification, particularly in his left hand, which bangs out the stately chords that have become his trademark. Cannon walked the low-end gracefully and Bartz blew spacious, modestly paced themes and solos-it was, in fact, a rare performance when a few more flittering runs from a saxophonist would have been welcome. Highlights included “Walk Spirit, Talk Spirit,” the opener during this set (and on Quartet), and a sprightly rendition of Duke’s “In a Mellow Tone” that Tyner dedicated to the occasion; it recalled an alternative, American Songbook-based vision of the pianist so often overshadowed by the brooding intensity he developed during the Coltrane era (and that has defined him since). The set was marred some by awkward transitions-Bartz especially seemed unsure of when to blow and when to lay out-but seeing Tyner is like witnessing Bob Dylan (even if Tyner has retained far more of his prowess): You don’t ask questions, you just go and bask in the history.

D.C. is a city where internationality is paramount and cultural synthesis is a culture of its own. Dee Dee Bridgewater, who has delved into Parisian café music on 2005’s J’ai Deux Amours and, most recently, Malian music on Red Earth, seems to specialize in seamless diversity. Bridgewater’s ensemble, as you might expect, went heavy on percussion: Minino Garay on drums and Moussa Sissoko on djembe (African thumb piano) formed a deft rhythm tandem, often complemented by Lansine Kouyate on his homemade balaphone, a marimba-like instrument he played boisterously, implying melody but furnishing percussive strength. Bridgewater talked and charmed the much-thinned early-evening crowd, commenting on the importance of a free jazz festival in the squalid economy (one of surprisingly few political comments throughout the day), and explaining some fine points of West African culture between songs (if you didn’t know what a griot was in Mali before this set, for instance, you learned).

Bridgewater’s duets with Guinean vocalist Kabine Kayoute were, like the duo’s synchronized dance steps, jubilant and simpatico, especially the syllabic scats the pair traded when they relinquished their native tongues to converse with melody and melody alone. The most powerful moments, however, belonged solely to Bridgewater, especially a powerhouse rendition of “Afro Blue,” a stormy yet heartening read of Nina Simone’s “Four Women” and her own “Red Earth,” which, with its explicit pairing of Delta blues stomp and African instrumentation, brought the day full circle.

The prior night, Sonny Fortune played the club Twins Jazz with a local rhythm section as part of the “Jazz in the Hoods” concert series. The quartet blew through a first set of modal jams and postbop while celebrated Coltrane scholar, saxophonist and seminal funk bassist Dr. Andrew White looked on. It was great, swinging D.C. club activity, and it was comforting to realize it’ll be there throughout the year even if McCoy and McBride won’t.

The 2022 Newport Jazz Festival’s three days of sunshine were bracketed, more or less, by a pair of all-star ensemble jams that included Christian McBride. … END_OF_DOCUMENT_TOKEN_TO_BE_REPLACED

In its first full edition since the onset of the pandemic, and with a new director of programming, the Festival International de Jazz de Montréal … END_OF_DOCUMENT_TOKEN_TO_BE_REPLACED

Among the many physical, spiritual, and institutional losses related to the still-ongoing pandemic is that of Los Angeles’ renowned Playboy Jazz Festival (PJF) at the … END_OF_DOCUMENT_TOKEN_TO_BE_REPLACED

It’s difficult to imagine what the stage and the audience would have looked like at Gaillard Center in Charleston, South Carolina, if Rhiannon Giddens’ new … END_OF_DOCUMENT_TOKEN_TO_BE_REPLACED