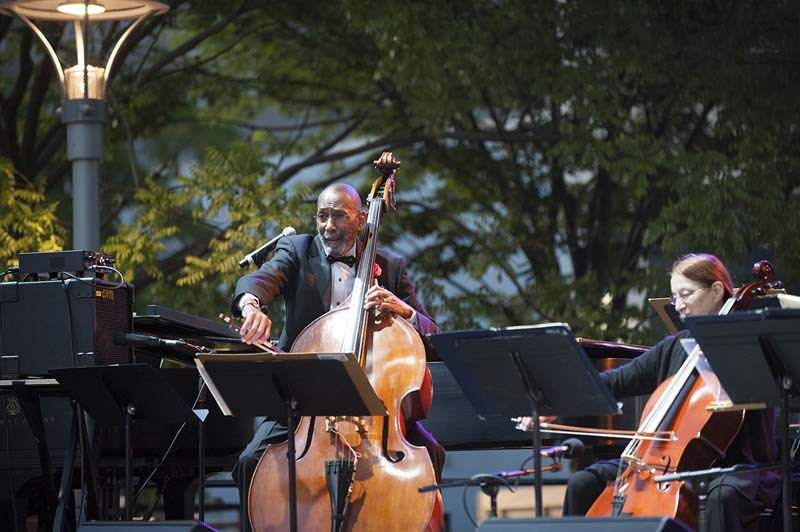 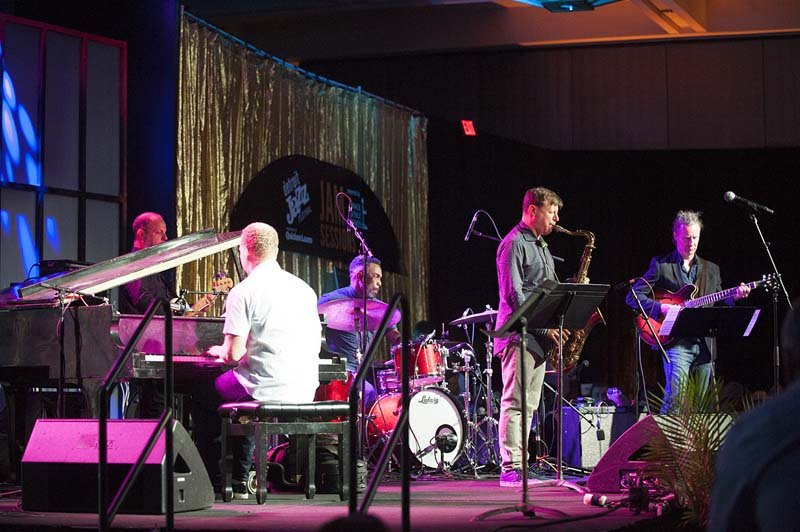 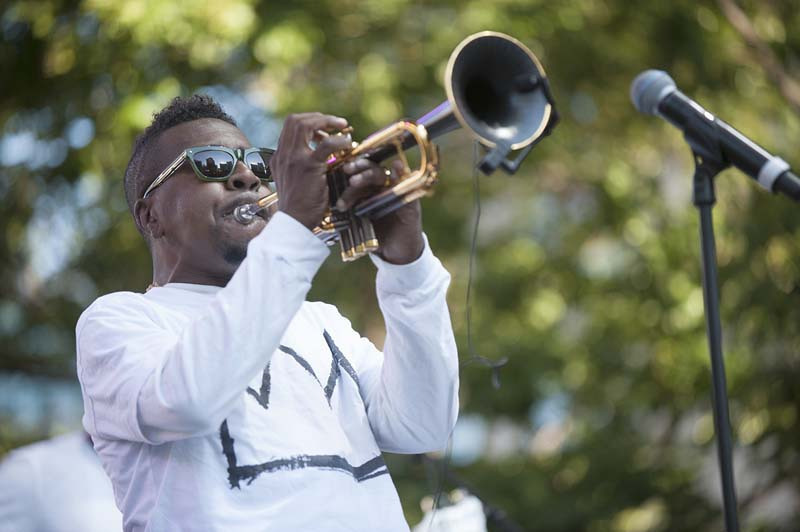 Roy Hargrove brings the funk with his RH Factor

At one point during the 2016 Detroit Jazz Festival, toward the end of a tribute to the late pianist Kenn Cox, a telling request was made onstage: “Stand up if you’re a product of the Detroit Public Schools system.” Most of the members of the band, consisting almost entirely of local stalwarts like the brilliant trombonist George Bohanon, stood up quickly. It wasn’t the flashiest occasion in a festival that can deliver big, special moments, but it signified plenty: a historically robust music tradition created by a powerful working class; a culturally profound place with communities that thrive despite foundering institutions; a deserved sense of civic pride in a city whose reputation is unjustly maligned.

The admission-free festival, which takes place over Labor Day Weekend in and around Hart Plaza, along the Detroit River downtown, has a blind spot for the avant-garde but does many things exceedingly well, including celebrating its city’s native jazz gifts. After four days you’d absorbed Cox’s music as well as that of the late trumpeter Charles Moore, and felt the need to re-listen to Introducing Kenny Cox and the Contemporary Jazz Quintet, one of the great overlooked gems in the Blue Note catalog. Knowledgeable jazz tourists could have delighted in bands like pianist Stanley Cowell’s quintet featuring trumpeter Charles Tolliver-the two New York-based players who joined up with Cox and Moore to form the Strata-East label in the early 1970s-or pianist Kirk Lightsey’s trio with bassist Robert Hurst and drummer Louis Hayes. Making up for lost Stateside time since he moved to Europe in the early 1990s, Lightsey came off like a maestro who’s been taken for granted for too long. Hometown hero Ron Carter was given multiple performance opportunities as this year’s artist-in-residence, and the most effective was opening night’s nonet set, where his penchant for elegant swing met his love for classical music and his strong, straightforward voice as a bass soloist.

The Motor City found its way into standout sets by out-of-towners as well. Trumpeter David Weiss’ Point of Departure, a virtuosic unit dedicated to fiery long-form postbop, paid homage to Cox and Moore and boasted powerhouse personnel in saxophonist JD Allen (a Detroit native), bassist Matt Clohesy, drummer Kush Abadey and two rising guitarists worth keeping an eye on, Travis Reuter and Ben Eunson. (The latter’s Allan Holdsworth-level chops also underscored the vintage jazz-rock offered by drummer Terri Lyne Carrington’s Mosaic Project.) And the Detroit-based Mack Avenue label, a prominent festival sponsor, enjoyed its usual prominence in the program. Drummer Herlin Riley and his hungry young quintet elevated the mainstream material on his recent Mack release New Direction, and one of Riley’s label-mates, pianist Alfredo Rodríguez, earned a rare festival encore with his trio, who combined Cuban-rooted flash with the drama and pop savvy associated with progressive piano trios like the Bad Plus.

Of course Detroit couldn’t have staked its place among the country’s best jazz festivals without inviting a few name-brand staples. Those included saxophonist Chris Potter, whose Underground Orchestra balanced lush ensemble statements and sprawling solos by the leader and generation-defining musicians like pianist Craig Taborn. (Potter’s Underground quintet brought its taut post-fusion to the nearby jam-session space at the Marriott-a more accommodating space than last year’s bar setting, and a vast improvement.) Guitarist John Scofield, keyboardist Brad Mehldau and drummer Mark Guiliana took fusion toward the mellow, ambient grooves of downtempo electronica. Pianist Jason Moran and the Bandwagon, whose take on “Body and Soul” needs to be recognized by the Library of Congress, was typically enthralling and warmly received. John Abercrombie’s organ trio was a fascinating study up-close, the guitarist’s plectrum-free attack tending to flatten out his dynamics completely and put his harmonically deft phrasing in relief. Sounding excellent on trumpet and flugelhorn but walking with a limp, Roy Hargrove reprised two projects from his heady early 2000s: the orchestral concept heard on Moment to Moment, now expanded to include an arrangement of Herbie Hancock’s “Actual Proof”; and the RH Factor, who evoked memories of neo-soul’s not-so-distant past (and raised the roof via its inspired P-Funk medley).

Two headliners outright defined the term “crowd-pleaser.” Freddy Cole sang and played an expertly paced tribute to brother Nat and niece Natalie, lifted up by the festival’s house strings. And George Benson attracted an opening-night audience that swelled beyond the generous open-air venue’s capacity. As he made his way through a hit parade, applying old-school jazz-guitar heroics to instantly recognizable Quiet Storm pop, the cross-generational crowd’s enthusiasm snowballed. Benson hails from Pittsburgh, but the evening felt like a homecoming.

It’s difficult to imagine what the stage and the audience would have looked like at Gaillard Center in Charleston, South Carolina, if Rhiannon Giddens’ new … END_OF_DOCUMENT_TOKEN_TO_BE_REPLACED

“It’s time to imagine a place where we can come together,” Danilo Pérez said from the hallowed stage of Washington, D.C.’s historic Sixth & I … END_OF_DOCUMENT_TOKEN_TO_BE_REPLACED

At the Zeiders American Dream Theater in Virginia Beach, Va., between April 8 and 10, the Vocal Jazz Summit convened in person for the first … END_OF_DOCUMENT_TOKEN_TO_BE_REPLACED

The Big Ears Festival returned to Knoxville in a big way in late March, drawing an estimated 30,000 music enthusiasts from across the U.S. and … END_OF_DOCUMENT_TOKEN_TO_BE_REPLACED