Skip to content
Become a member and get exclusive access to articles, live sessions and more!
Start Your Free Trial
Home > Reviews > A Night in Treme, Washington D.C. > DC Jazz 2011: A Night in Treme 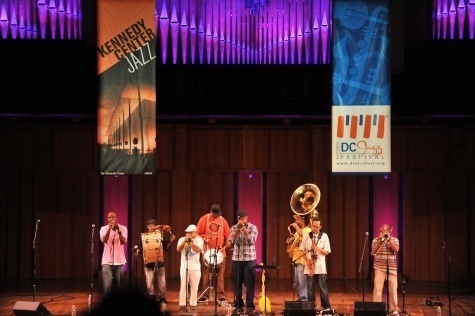 Rebirth Brass Band at "A Night in Treme" 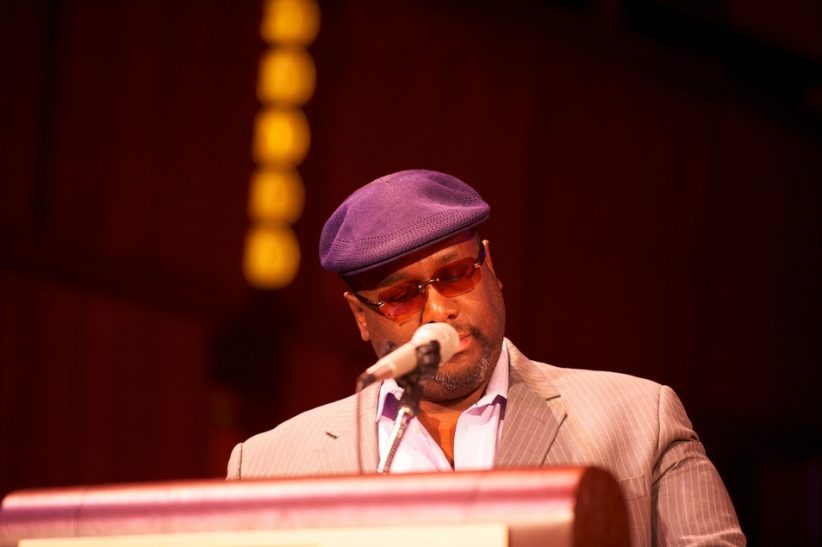 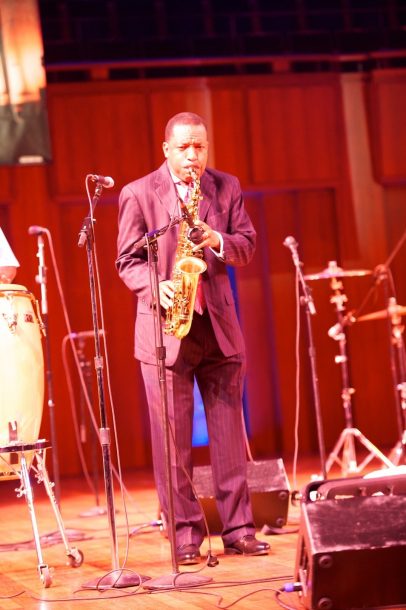 Donald Harrison Jr. at "A Night in Treme"

On Monday’s closing night show of the D.C. Jazz Fest, the Rebirth Brass Band and their Crescent City cohorts took a closer walk with thee, flew away old glory, got misty, took the A-Train and, of course, marched in with the saints, guiding the sellout audience of 2,400 through the rich history of New Orleans jazz.

“A Night in Treme: The Musical Majesty of New Orleans,” hosted by Wendell Pierce, star of HBO’s Treme, is a semi-scripted program in which Pierce narrates various facets of the history and culture of New Orleans, which are then amplified by selections performed by the Rebirth Brass Band and a rotating cast of guest musicians from the Big Easy. The Kennedy Center date featured Dr. Michael White, Donald Harrison Jr., James Andrews and Big Sam Williams, each more than capable of keeping up with the raucous energy employed by the Rebirth Brass Band.

Pierce’s narration was lively and spirited, and his love for his hometown shone through. The walk through New Orleans history met with wild applause from the audience, with well-known and obvious choices such as “I’ll Fly Away” and “When the Saints Go Marching In” getting the warmest receptions. Though the songs from the first half were for the most part predictable, they were also essential in telling the story of New Orleans.

If New Orleans music is a language, and the first half of the evening was NOLA 101, then the second half was a semester of full immersion. Rebirth returned to the stage by marching down the aisle in the form of a second line, and, freed from the restraints of the narrative structure, unleashed the best party the Kennedy Center has seen in quite awhile. The band was soon rejoined by White, Harrison, Andrews and Williams, and they employed every trick in the book: dancing frenetically, pulling audience members onto the stage, and sending Donald Harrison Jr. and his saxophone to the top tier of seats. While these stunts surely enlivened the evening, the underlying musicianship was most responsible for captivating the crowd. The blasting brass was electrifying, and while Big Sam with his mighty trombone was the highlight, it seemed obvious that, on any given night, any of the assembled musicians could steal the show.

Before the band played its final song, a thrilling rendition of the theme from Treme, they announced that they would be continuing to play later in the evening at a local club. D.C. is a 9-to-5 kind of town, far from the late nights of New Orleans, and though it’s doubtful many in the audience made it out to witness more of Rebirth, the assembled faithful received an excellent introduction to the beauty of New Orleans and its music.

“It’s time to imagine a place where we can come together,” Danilo Pérez said from the hallowed stage of Washington, D.C.’s historic Sixth & I … END_OF_DOCUMENT_TOKEN_TO_BE_REPLACED

At the Zeiders American Dream Theater in Virginia Beach, Va., between April 8 and 10, the Vocal Jazz Summit convened in person for the first … END_OF_DOCUMENT_TOKEN_TO_BE_REPLACED

The Big Ears Festival returned to Knoxville in a big way in late March, drawing an estimated 30,000 music enthusiasts from across the U.S. and … END_OF_DOCUMENT_TOKEN_TO_BE_REPLACED

Let’s get this out of the way: The Savannah Music Festival is not a jazz festival. Held over the course of 17 days in late … END_OF_DOCUMENT_TOKEN_TO_BE_REPLACED