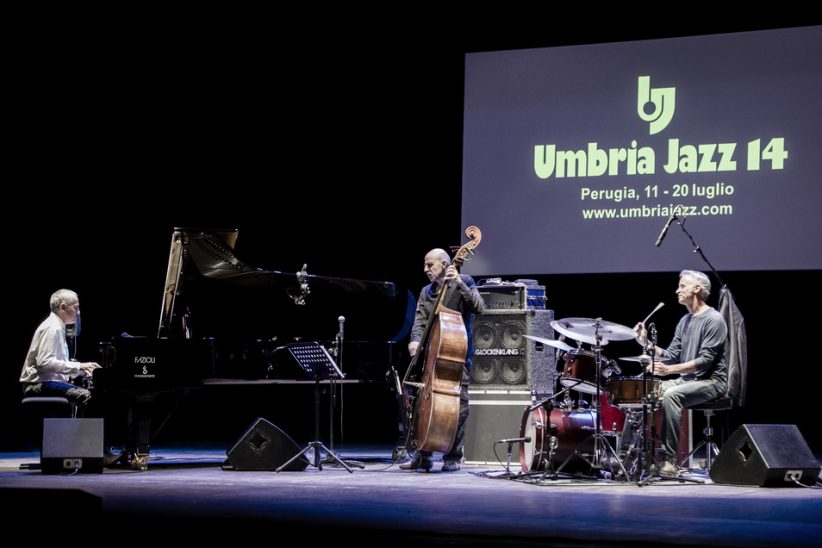 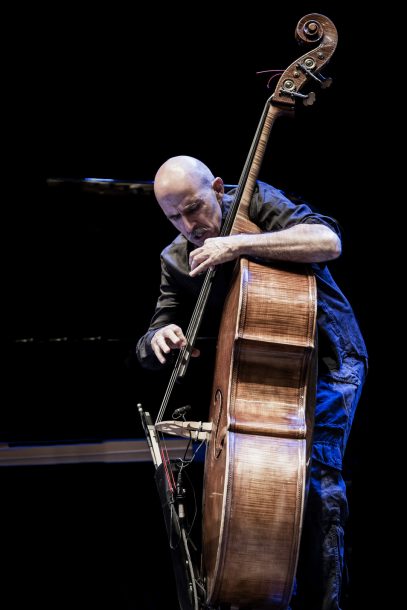 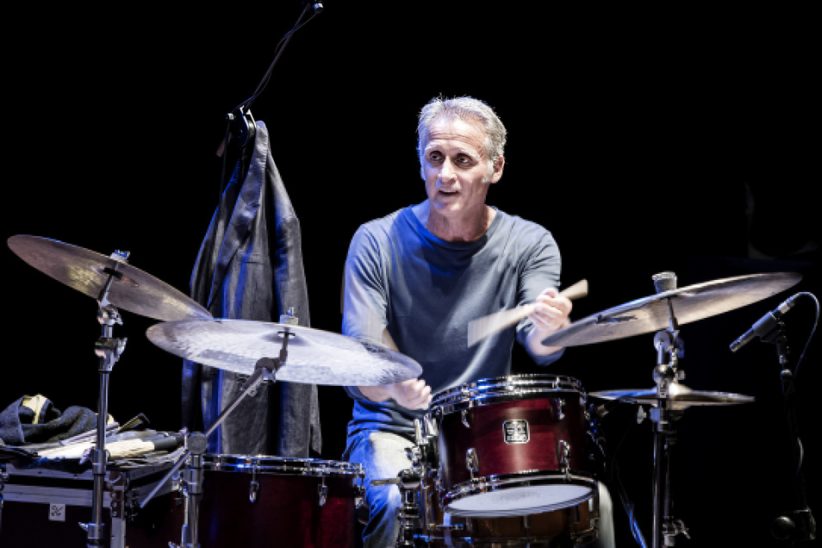 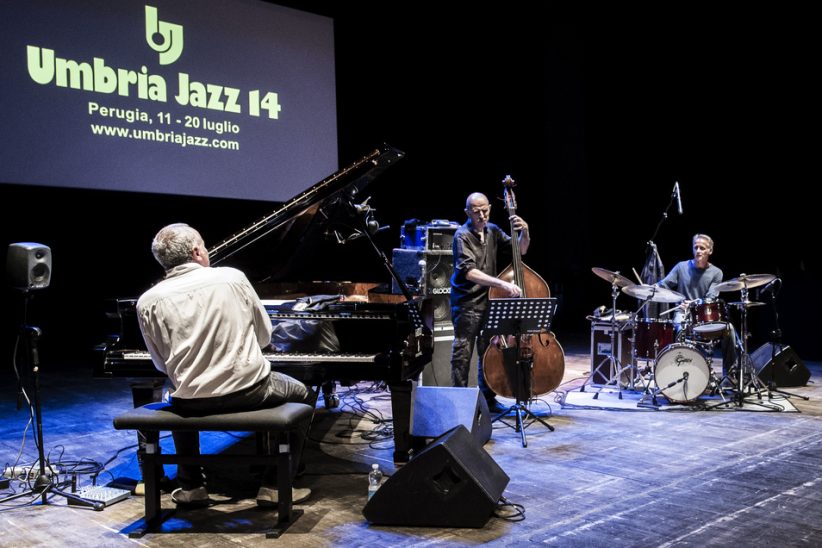 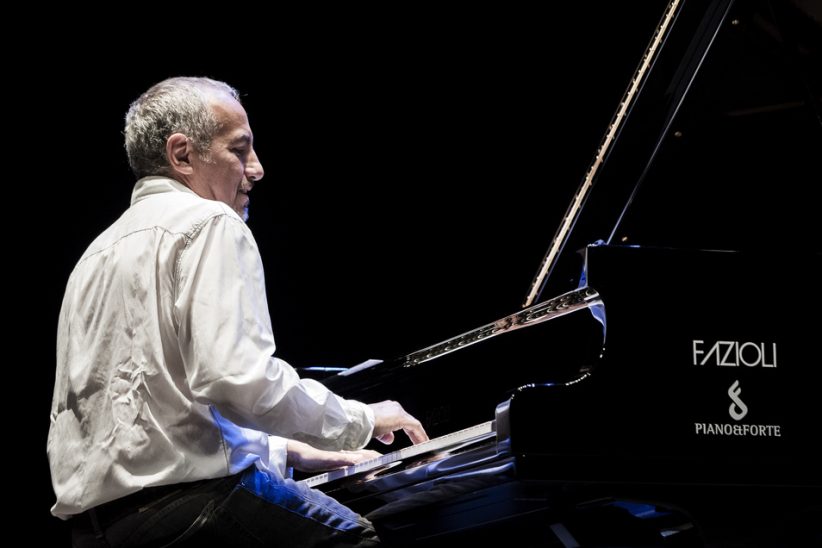 The 2014 edition of the Umbria Jazz Festival was, as always, a wild extravagance of music and an endurance sport. Every day for 10 days it began at noon (with dignified recitals in palazzos and undignified street parades down Corso Vannucci) and ended around 2 a.m. (when the last encore was played in Teatro Morlacchi). In this onslaught of music, two standout concerts involved Danilo Rea. In the United States he is a less familiar name than Stefano Bollani or Enrico Pieranunzi, but he is their peer as a pianist and he is a star in Italy.

One of the most popular groups in the history of Italian jazz was Doctor 3. It was Rea, bassist Enzo Pietropaoli and drummer Fabrizio Sferra. They made eight albums between 1998 and 2007, won many Italian awards and polls, then all went on to other projects. (Sferra, for example, joined Enrico Rava’s quintet.) Doctor 3 was known for its bold incursions into pop/rock repertoire. They did it before the Bad Plus, and with a very different sensibility. Doctor 3 was the furthest thing from punk. Rea is a shameless romantic, albeit one with merciless ass-kicking chops.

The trio has just released a new album on the Jando label (Doctor 3), and on the second day of the Umbria festival they played a reunion concert in the Morlacchi. Doctor 3 likes to string together tunes in twos and threes, including older pieces from the American and Italian songbooks. “How Deep Is Your Love” might become “Cheek to Cheek.” In its freedom and lushness, a Doctor 3 performance feels a little like a Keith Jarrett solo concert, but with songs long embedded in the audience’s collective memory coalescing out of the improvisational stream. In the Morlacchi they played pieces from the new album. “Will You Still Love Me Tomorrow” and “Moon River” contained only fragments of the songs, and so much more than the songs, yet were sincere acknowledgements of Carole King and Henry Mancini. Among the great adventurous piano improvisers in jazz, Rea is the most devoted to melodicism. “The Nearness of You” and “Unchained Melody” were dead slow and rapt, relinquished almost reluctantly, in suspenseful hesitations. But some songs hit hard, like “Ain’t No Sunshine,” where Pietropaoli and Sferra set the hook deep.

In conversation after the show, Rea, in his imperfect but expressive English, said, “In the beginning I worried because Doctor 3 was something different, playing melodically but improvising. But I remember that when we played Town Hall in New York in 2001, people were very emotioned by the trio. It’s totally improvised and we never play exactly the melody but the melody is king.”

On the last afternoon of the festival, Rea also participated in the “Omaggio ad Armando Trovajoli,” featuring a very capable orchestra from Rome led by Dino and Franco Piana. Enrico Pieranunzi, Enrico Rava and Roberto Gatto were also guests. Trovajoli was a composer of film scores and musicals who died at 95 in 2013. Most of the songs were extroverted big-band celebrations, like “Jazz Prelude” and “Sette Uomini d’Oro.” Elegant Trovajoli melodies were spread across the sections of the orchestra. Only a couple of moody, atmospheric pieces were explicitly cinematic. The best was “Filumena Marturano,” from Trovajoli’s score for Marriage Italian Style, named for Sophia Loren’s character. It was like a smear of wistfulness and yearning. Alto saxophonist Ferruccio Corsi took a plangent solo that sounded understandably awed by Filumena/Sophia.

The 19-member band often roared with one voice, yet the most powerful performance in the “Omaggio” was Danilo Rea’s solo feature, “Roma Nun Fa’ La Stupida Stasera.” It is a Trovajoli love song, fervent with hope still unfulfilled. Rea’s rendering was all about contrast: darkness and light, tumultuous bass chords and delicate tremolos, headlong force spilling free into lyricism.

But Rea’s single most memorable moment came in the Doctor 3 concert. There are few songs better suited to his sense of the dramatic, his lover’s touch on the keyboard, than Leonard Cohen’s “Hallelujah.” In Rea’s hands, “Hallelujah,” that clutch of bittersweet intimate memory, was devastating. A hush fell over the Morlacchi. Everyone stopped breathing because they were very emotioned.

The 2022 Newport Jazz Festival’s three days of sunshine were bracketed, more or less, by a pair of all-star ensemble jams that included Christian McBride. … END_OF_DOCUMENT_TOKEN_TO_BE_REPLACED

In its first full edition since the onset of the pandemic, and with a new director of programming, the Festival International de Jazz de Montréal … END_OF_DOCUMENT_TOKEN_TO_BE_REPLACED

Among the many physical, spiritual, and institutional losses related to the still-ongoing pandemic is that of Los Angeles’ renowned Playboy Jazz Festival (PJF) at the … END_OF_DOCUMENT_TOKEN_TO_BE_REPLACED

It’s difficult to imagine what the stage and the audience would have looked like at Gaillard Center in Charleston, South Carolina, if Rhiannon Giddens’ new … END_OF_DOCUMENT_TOKEN_TO_BE_REPLACED