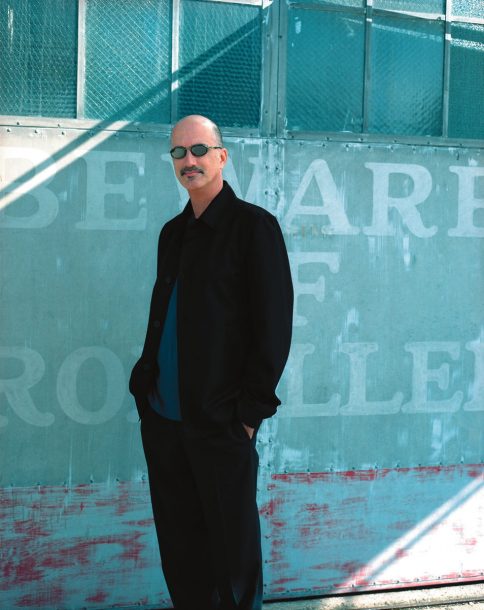 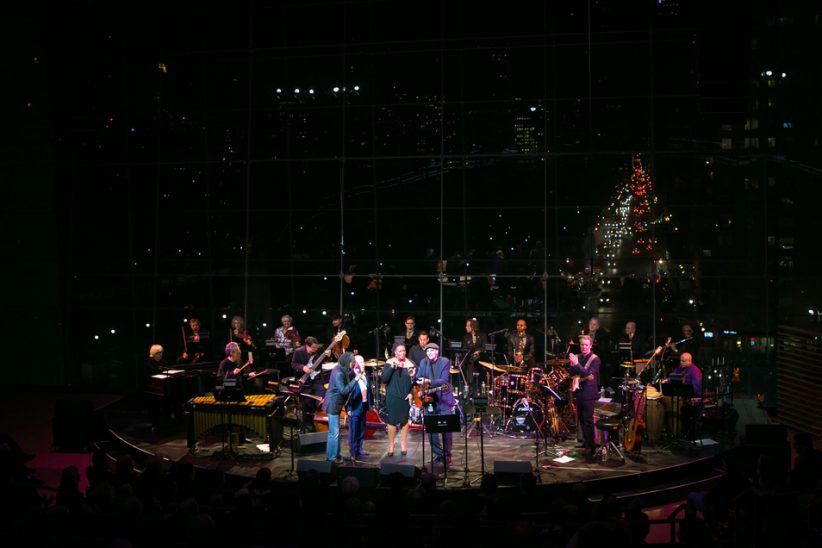 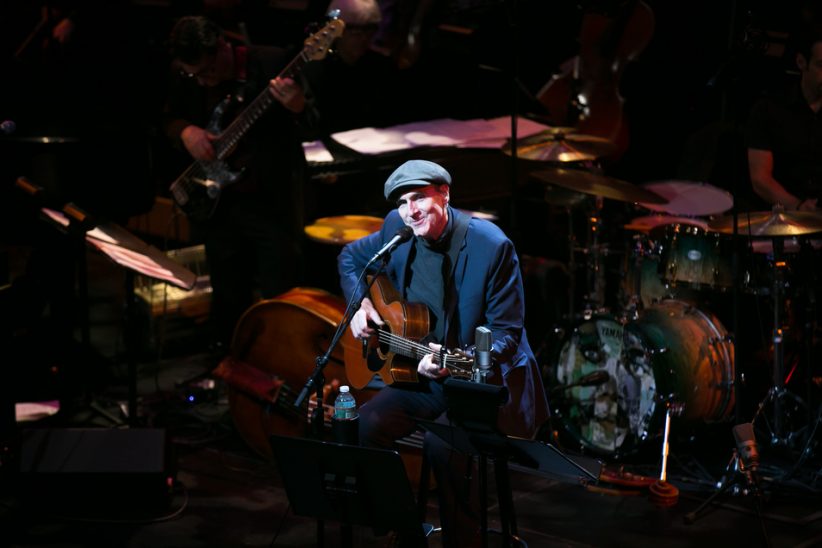 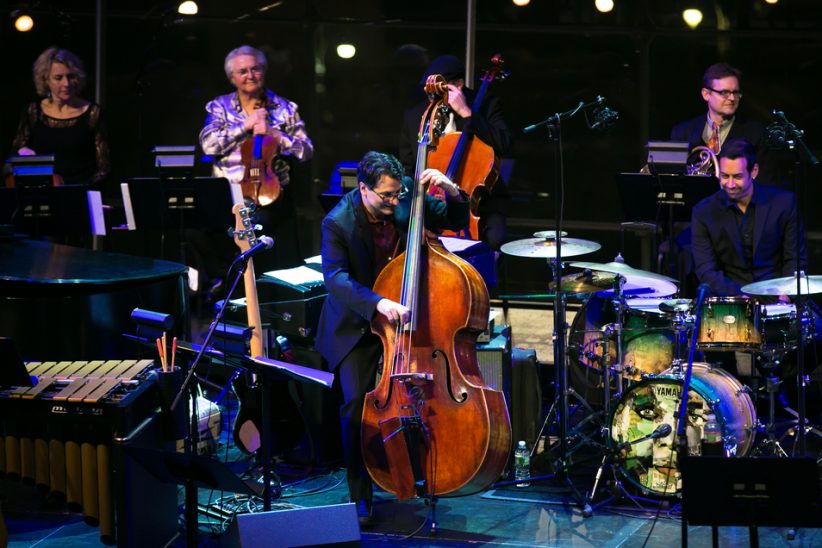 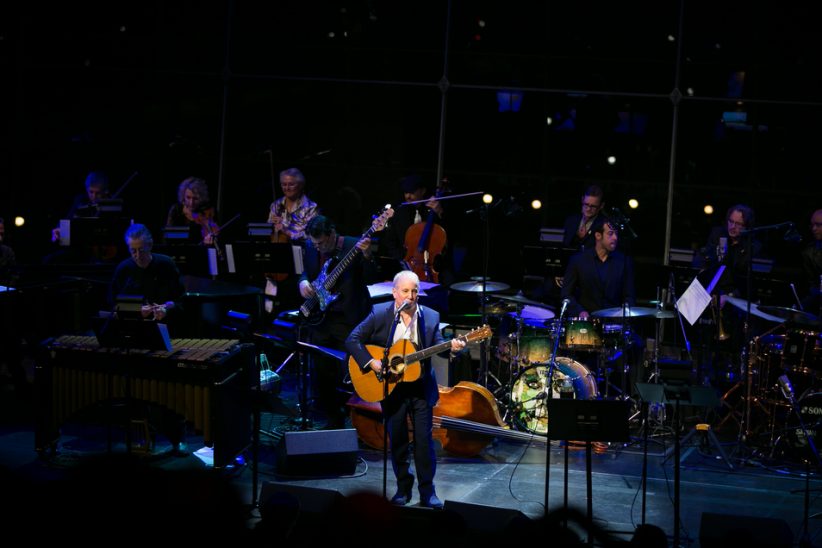 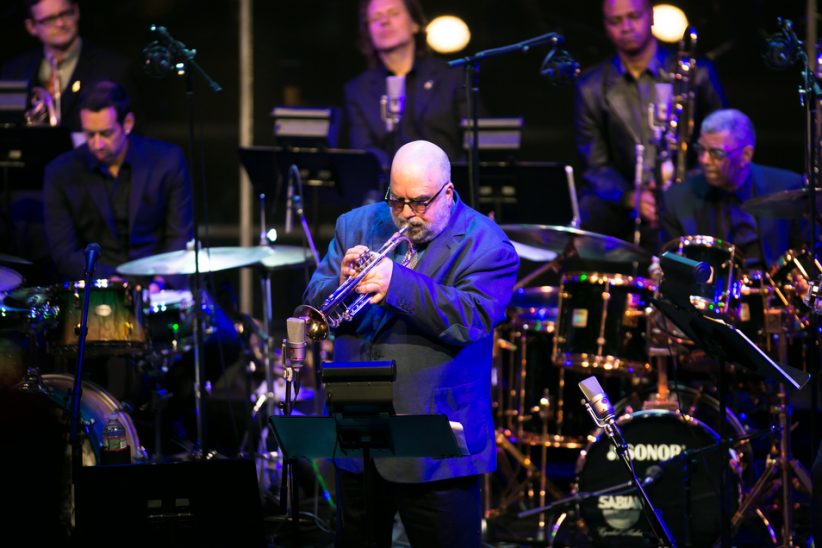 Musicians outside of the jazz universe used to really like saxophone solos. Think Wayne Shorter’s rallying cry from Steely Dan’s “Aja,” or King Curtis’ urgent soul poetry midway through “Respect.” Tenor saxophonist Michael Brecker, who died in 2007 from leukemia and worked with jazz immortals like Horace Silver and Elvin Jones, produced improvisations like these for Paul Simon and James Taylor, and both of those classic-rockers appeared at a Jazz at Lincoln Center concert on Jan. 20 that both celebrated Brecker and raised money for the fight against cancer. Also boasting the vocalists Bobby McFerrin and Dianne Reeves, “The Nearness of You” was beautiful and unexpected, much like the sax speeches that used to pop up in pop songs.

The high point of the evening arrived near the middle, with Taylor’s two-song set. Wearing a golf hat and sitting on a stool, the singer-songwriter first crooned “The Nearness of You,” which, as he noted onstage, he had recorded with Brecker. (The track is featured on the saxophonist’s 2001 LP, Nearness of You: The Ballad Book.) Taylor sang the standard with a charming, humble grace. Next came the singer’s own “Don’t Let Me Be Lonely Tonight,” the studio version of which includes a solo from Brecker. With Taylor adding acoustic guitar on this one, the reading was emotional and gorgeous. Brecker’s trumpeter brother and Brecker Brothers accomplice Randy improvised instead. Like McFerrin and Simon, Taylor was backed by Michael Brecker’s Quindectet, an almost laughably impressive band led by Gil Goldstein and featuring six horns, four string players and a rhythm section centered around Adam Rogers on guitar, John Patitucci on bass and Antonio Sanchez on drums. The band was perhaps a bit loose for Taylor and Simon-too jazz, maybe, or too good-but it did a fine job during its time in pop territory.

The ensemble was a perfect fit for McFerrin, though, who wore jeans and improvised with confidence and humor, making it all look as easy as it really is. With Patitucci on five-string electric and Mike Mainieri, whose Steps Ahead included Brecker, on vibraphone, the band played a slowish, feel-good minor funk groove under McFerrin, and that proved a good match for the singer, too. McFerrin faced the band and did his thing. He was funny, but he also merely made good music and left. It felt like a lesson. The band did not link up with Reeves at all; full, brassy and controlled, her vocals dueted with Patitucci’s upright on “One for My Baby (And One More for the Road).”

Simon closed the event with a pair of songs he said he associated with Brecker. The tunes felt casual, but not because the singer seemed disinterested; like McFerrin, music just seemed effortless for him. “Still Crazy After All These Years,” which features a solo from Brecker, had saxophonist Andy Snitzer playing that role. And “The Boxer,” which began with just Simon on vocals and acoustic guitar, ended with Rogers playing a countryish solo while Simon looked on. No pressure, right?

There was one more song. An encore of Taylor’s “Shower the People” found McFerrin, Simon, Reeves and Taylor meeting at the front of the stage. It was an absolute thrill to see McFerrin and Simon side by side, much as it must have been nothing short of extraordinary to know Michael Brecker. There were true jazz moments throughout the night-the evening began with instrumentals by Brecker, and Jack DeJohnette took over the drums for a piece later in the show, displaying power and wisdom-but the emphasis on Taylor and Simon was a reminder that Brecker belonged to music, not just jazz. That felt like a lesson, too.

The 2022 Newport Jazz Festival’s three days of sunshine were bracketed, more or less, by a pair of all-star ensemble jams that included Christian McBride. … END_OF_DOCUMENT_TOKEN_TO_BE_REPLACED

In its first full edition since the onset of the pandemic, and with a new director of programming, the Festival International de Jazz de Montréal … END_OF_DOCUMENT_TOKEN_TO_BE_REPLACED

Among the many physical, spiritual, and institutional losses related to the still-ongoing pandemic is that of Los Angeles’ renowned Playboy Jazz Festival (PJF) at the … END_OF_DOCUMENT_TOKEN_TO_BE_REPLACED

It’s difficult to imagine what the stage and the audience would have looked like at Gaillard Center in Charleston, South Carolina, if Rhiannon Giddens’ new … END_OF_DOCUMENT_TOKEN_TO_BE_REPLACED