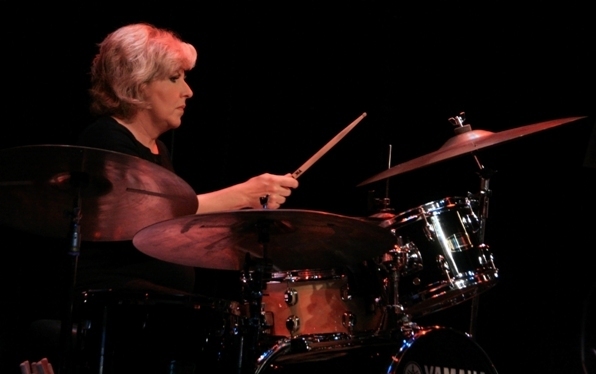 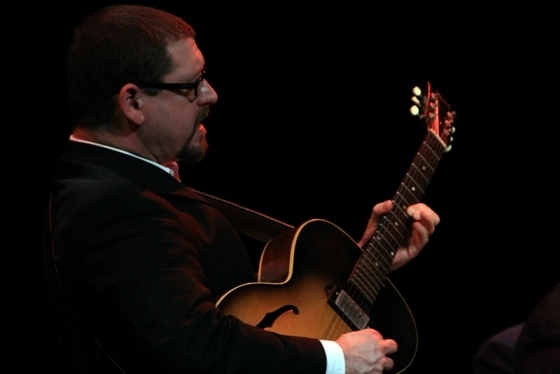 A newly formed organ jazz-inspired band in southern Florida is shaking things up from its home base in Naples and a regular weekly gig in Fort Myers. The Dan Miller-Lew Del Gatto Quintet ventured north to Sarasota Nov. 10 to open the South County Jazz Club’s five-concert series at the Glenridge Performing Arts Center.

The band was formed in May and has been working steadily ever since. Trumpeter Miller is a veteran of bands led by Harry Connick Jr., Maynard Ferguson, Woody Herman and Wynton Marsalis. Tenor saxophonist Lew Del Gatto spent 25 years in prime time as the baritone player in NBC’s Saturday Night Live band. The band also includes pianist Stu Shelton, drummer-singer Patricia Dean and guitarist Dan Heck, who earned his pro stripes with his Seattle-based band Bebop and Destruction before moving to the New York jazz scene, then the fertile music scene in and around Naples.

Chops and chemistry were evident throughout the night at the Glenridge. Miller spent more time on muted trumpet, adding poignancy to many of the bop explorations. Shelton shifted his Nord Soul 2 electric keyboard between piano and organ modes as warranted. (Personally, I wanted to hear a bit more organ, a bit less piano than the evening offered.) Shelton also added a walking bass line all night with his left hand. He’s good at it, much to the frustration of area bassists who’d like to be along for the ride.

Del Gatto, Miller and Heck’s unison work, with complementary subtleties, was strong all night-and simply marvelous on their rich interpretation of the Horace Silver ballad “Peace.” Del Gatto was a force throughout the night, including his take on Jobim’s “So Danço Samba.”

The Miller-Del Gatto band plays Tuesday nights at the Roadhouse in Fort Myers. Del Gatto and Miller are also members of the Naples Philharmonic Jazz Orchestra, a sextet that brings in monthly guests throughout the season. That series begins November 26 with guitarist Russell Malone.

Among the many physical, spiritual, and institutional losses related to the still-ongoing pandemic is that of Los Angeles’ renowned Playboy Jazz Festival (PJF) at the … END_OF_DOCUMENT_TOKEN_TO_BE_REPLACED

It’s difficult to imagine what the stage and the audience would have looked like at Gaillard Center in Charleston, South Carolina, if Rhiannon Giddens’ new … END_OF_DOCUMENT_TOKEN_TO_BE_REPLACED

“It’s time to imagine a place where we can come together,” Danilo Pérez said from the hallowed stage of Washington, D.C.’s historic Sixth & I … END_OF_DOCUMENT_TOKEN_TO_BE_REPLACED

At the Zeiders American Dream Theater in Virginia Beach, Va., between April 8 and 10, the Vocal Jazz Summit convened in person for the first … END_OF_DOCUMENT_TOKEN_TO_BE_REPLACED