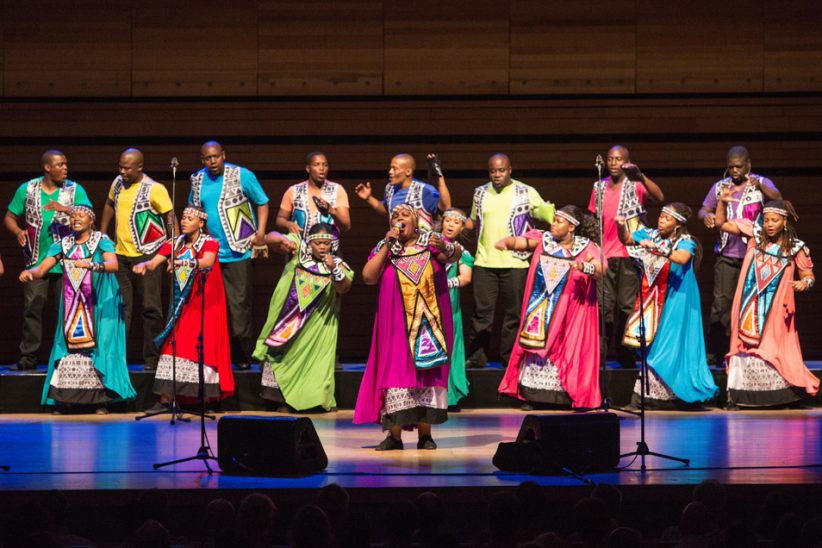 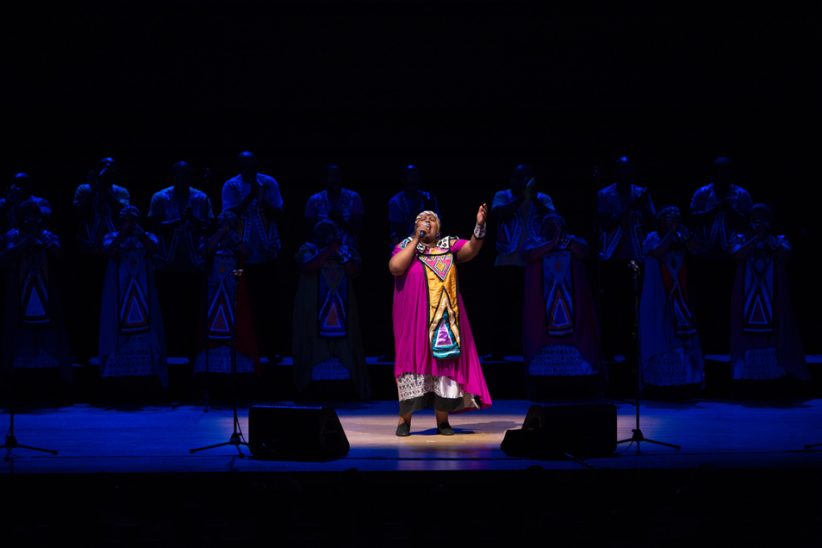 The Soweto Gospel Choir is nothing less than an international treasure. Since making its performance debut in Cape Town in 2003, during the first of Nelson Mandela’s “46664” concerts to raise awareness about AIDS/HIV, the South African choir has quickly established itself as a major force on the world music scene.

It’s collaborated with such stars as Bono, John Legend, Celine Dion and Robert Plant, won two Best Traditional World Music Album Grammys (in 2007 and 2008) and filled concert halls across the globe. The choir is now celebrating its 10th anniversary by doing what it does best, sharing its one-of-a-kind blend of gospel, world music, reggae, traditional spirituals, folk and pop with eager listeners.

The choir certainly accomplished that feat at the 2013 Montreal International Jazz Festival, where it performed two shows on July 6 at the city’s lovely new symphony hall. You simply can’t fake the type of joy that the singers poured into the music during the matinee concert. It was in their eyes and lit up their smiles. It could be heard in their voices and seen in their dance moves. And it was certainly contagious, as the fans were swept away through a steady supply of uplifting anthems.

The 18 singers, who were accompanied at times by percussion and, occasionally, keyboards, focused the first half of the set on traditional gospel music sung in African churches. The second portion was handled in a more transcontinental approach, as the choir worked English pop songs and hymns into the mix.

The choir did a magnificent job with Peter Gabriel’s “Biko,” with a single drumbeat and a bass line of male voices providing a dramatic backdrop for some high-flying vocal work. It was a natural fit for the choir, thematically speaking, given that the song addresses South African anti-apartheid activist Steve Biko.

The singers also had great success with Simon and Garfunkel’s “Bridge Over Troubled Water.” The choir was able to breathe new life into the overplayed tune, through an arrangement that matched two lead vocalists with a 16-voice harmony section.

Another standout moment came when the choir delivered a sweet, soulful version of Jimmy Cliff’s beautiful “Many Rivers to Cross,” which eventually slipped right into the spiritual “Swing Low, Sweet Chariot.” The highlight of the set, however, may well have been a dramatic take on Sarah McLachlan’s “Angel,” which prompted the audience to give the Soweto Gospel Choir a well-deserved standing ovation.

Among the many physical, spiritual, and institutional losses related to the still-ongoing pandemic is that of Los Angeles’ renowned Playboy Jazz Festival (PJF) at the … END_OF_DOCUMENT_TOKEN_TO_BE_REPLACED

It’s difficult to imagine what the stage and the audience would have looked like at Gaillard Center in Charleston, South Carolina, if Rhiannon Giddens’ new … END_OF_DOCUMENT_TOKEN_TO_BE_REPLACED

“It’s time to imagine a place where we can come together,” Danilo Pérez said from the hallowed stage of Washington, D.C.’s historic Sixth & I … END_OF_DOCUMENT_TOKEN_TO_BE_REPLACED

At the Zeiders American Dream Theater in Virginia Beach, Va., between April 8 and 10, the Vocal Jazz Summit convened in person for the first … END_OF_DOCUMENT_TOKEN_TO_BE_REPLACED