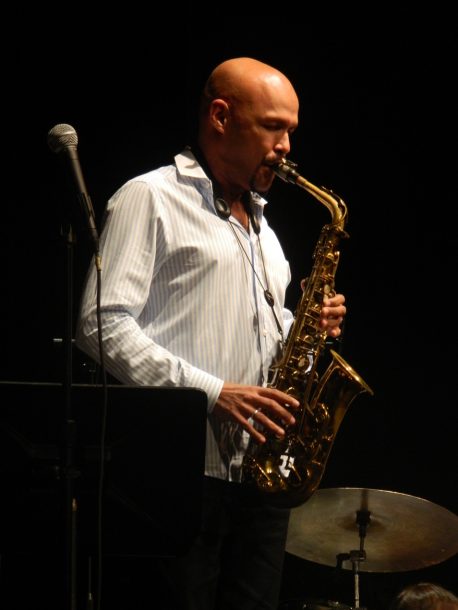 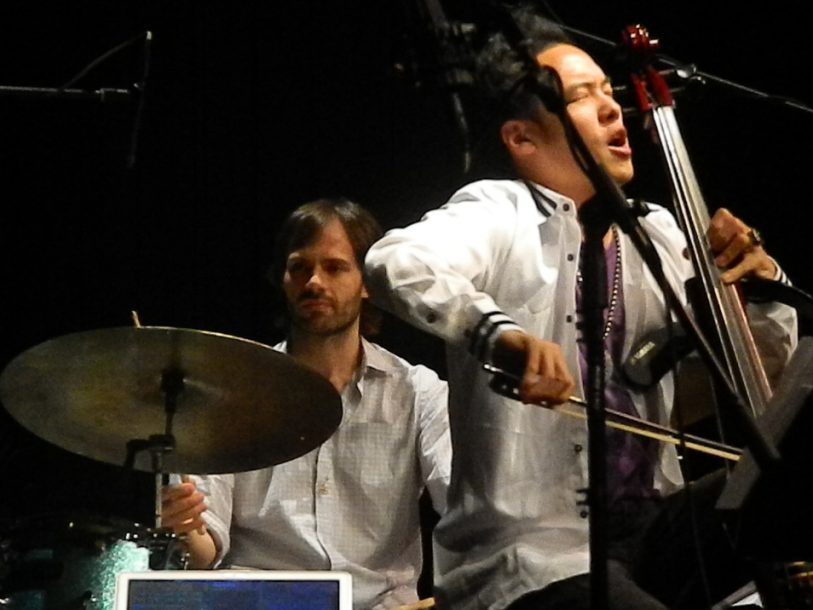 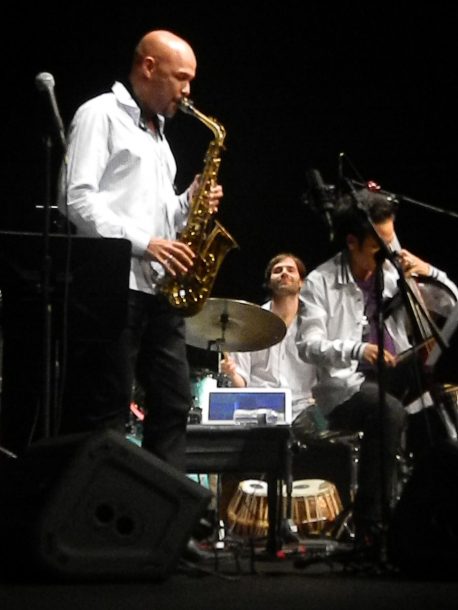 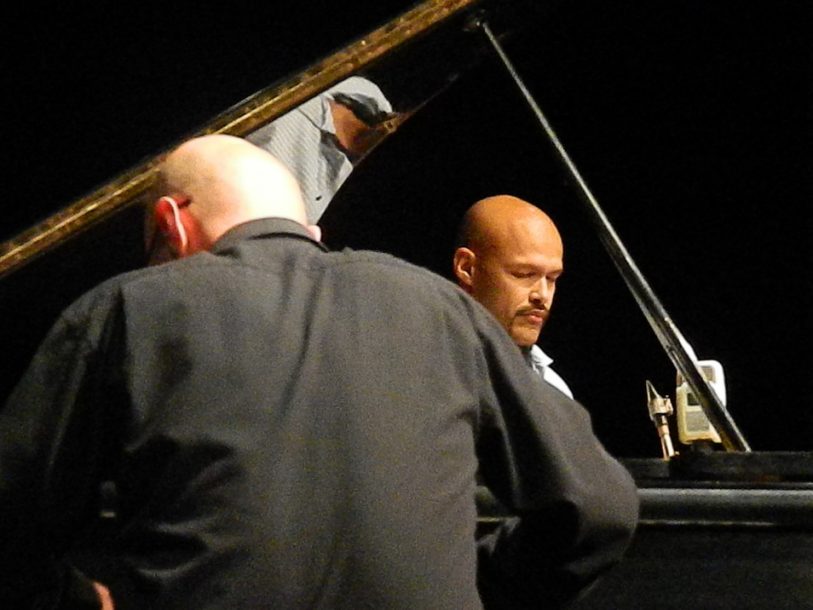 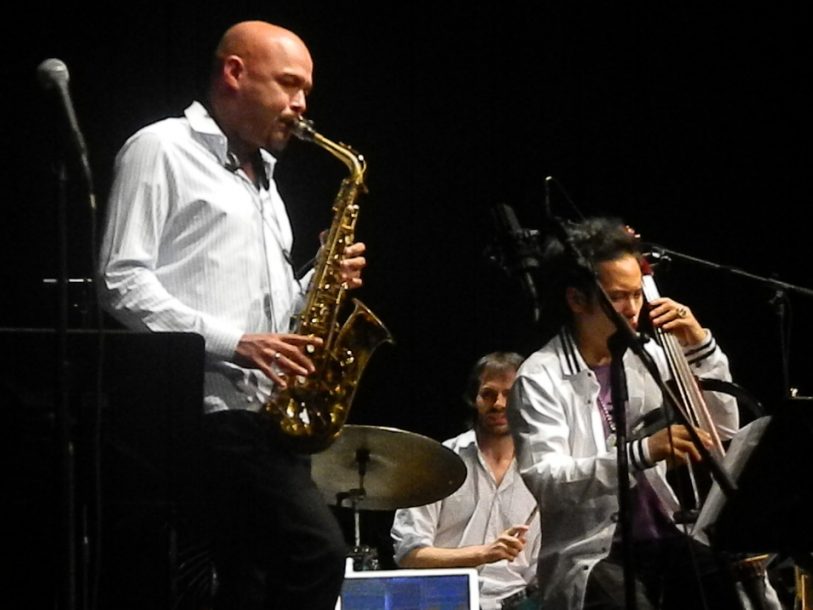 MIguel Zenon, Dan Weiss and Dana Leong in performance with Miguel Zenon at the Inter American University of Puerto Rico

With the original group that recorded his most recent album Rayuela, Puerto Rican altoist virtuoso Miguel Zenón took the stage of the Inter American University of Puerto Rico. The music from the album is completely different from Zenón’s previous projects. On Rayuela, instead of fusing jazz with Puerto Rican music like he did on the critically acclaimed albums, Jíbaro, Esta Plena and Alma Adentro, this time Zenón decided to compose music based on one of the best books in Latin America literature, Julio Cortázar’s Rayuela.

Zenón composed half of the compositions, the French scenes from the book, and pianist Laurent Coq composed the other half-the Argentina scenes. These are compositions with an eclectic blend of textures, sounds, dense harmonics, provocative and richly inventive melodies, technically challenging structures and with an almost cinematic feel.

The concert started with a Coq composition, the waltz-like “Talita,” followed by Zenón’s classical sounds of “La Muerte de Rocamadour” highlighted by Leong’s cello. A sublime piano intro led the way to the exotic sounds of Coq’s “Gekrepten,” followed by Zenón’s composition “Moreliana” based on chapter 151 of Rayuela. After a short recess, the group came back to the stage to play Coq’s “Traveler” and “Buenos Aires.” Dana Leong masterfully played the trombone on these two pieces. The quartet almost ended the night with Zenón’s “El Club de la Serpiente.” After a well-deserved standing ovation, the quartet closed the show with Zenón’s cinematic composition “La Maga.”

Besides the alto sax of Miguel Zenó and the piano of Laurent Coq, the instrumentation is not typical for a jazz quartet. Trombonist Dana Leong also plays the cello and drummer Dan Weiss also plays the Indian tabla. These instruments give the music an exotic and classically tinged sound.

Even though the music feels very structured, there is plenty of space on each one for these amazing musicians to display their virtuosic and ingenious improvisations.

With Rayuela, Zenón once again demonstrated why he is considered one of the best jazz musicians and one of the most creative minds in music today.

Among the many physical, spiritual, and institutional losses related to the still-ongoing pandemic is that of Los Angeles’ renowned Playboy Jazz Festival (PJF) at the … END_OF_DOCUMENT_TOKEN_TO_BE_REPLACED

It’s difficult to imagine what the stage and the audience would have looked like at Gaillard Center in Charleston, South Carolina, if Rhiannon Giddens’ new … END_OF_DOCUMENT_TOKEN_TO_BE_REPLACED

“It’s time to imagine a place where we can come together,” Danilo Pérez said from the hallowed stage of Washington, D.C.’s historic Sixth & I … END_OF_DOCUMENT_TOKEN_TO_BE_REPLACED

At the Zeiders American Dream Theater in Virginia Beach, Va., between April 8 and 10, the Vocal Jazz Summit convened in person for the first … END_OF_DOCUMENT_TOKEN_TO_BE_REPLACED