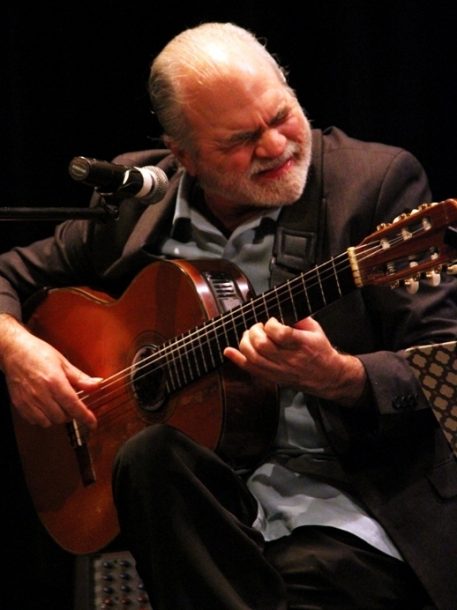 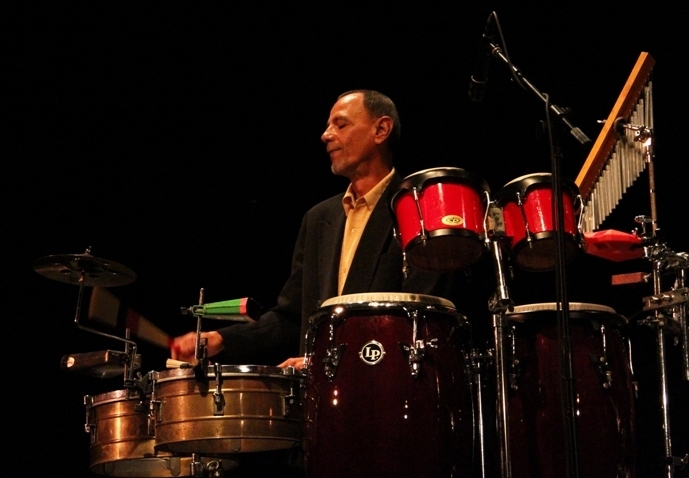 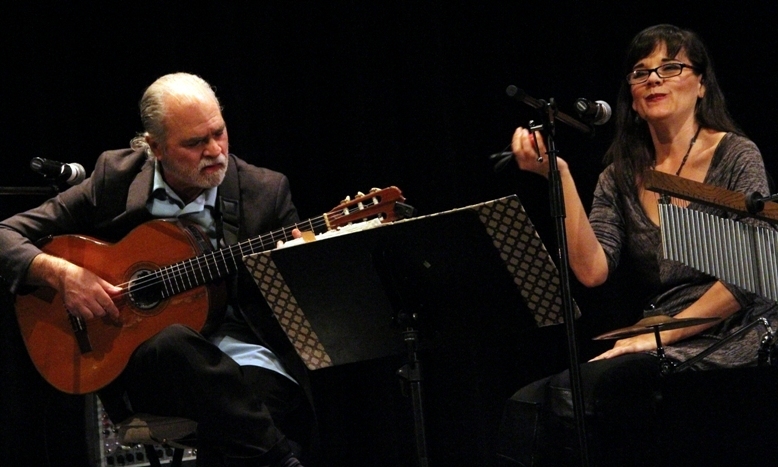 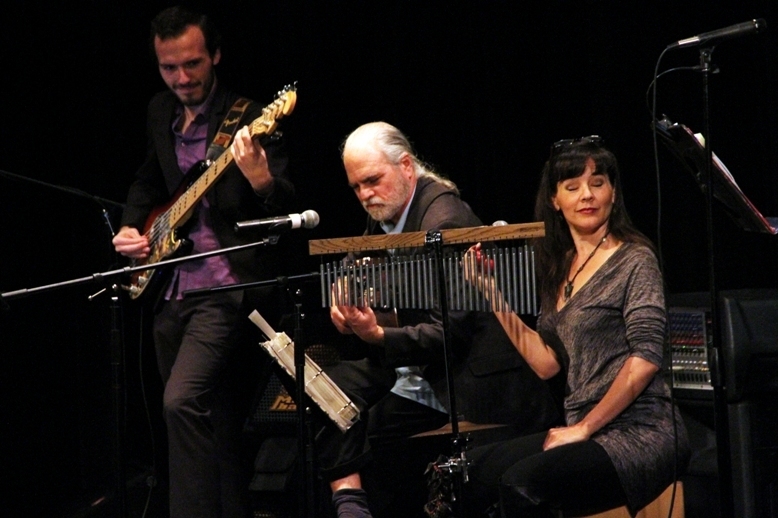 Since departing the New York jazz scene more than 25 years ago, guitarist Steve Uscher has immersed himself in what he calls tropical jazz, the varied but often sultry music originating in Argentina, Brazil and a few Caribbean locales, including Cuba. After his Big Apple days working on Broadway shows, in jazz clubs and backing vocal headliners, he moved to the U.S. Virgin Islands and spent five years playing jazz, calypso and reggae on the resort hotel circuit.

For the past 20 years or so, he’s been based in Naples, Fla., where he and singer-percussionist Winnie Purple perform as a duo three to five nights a week at the Ritz Carlton’s Lobby Bar. A few times a year, when schedule and opportunities permit, Uscher assembles his full-blown Tropical Jazz Group. He brought its latest version to the Charlotte County Jazz Society’s concert series on February 8 in his first CCJS appearance since 2008.

Besides Uscher and Purple, the band included trumpeter Dan Miller, the inventive percussionist Edwin “Papo” Valentin, bassist Daniel Navarro and drummer Darrell Nutt. While Uscher and Purple have a fine rapport from working together so frequently, the added instrumental firepower revealed a sextet bubbling with energy and invention.

Uscher’s wide-ranging technique and mastery of the acoustic guitar are something to savor. Over two long sets, the music ranged between exotic and romantic, sultry and cool, whether they were playing Latin American material or adding a Latin tinge to familiar jazz tunes and popular songbook material. It was a night peppered with exotic rhythms, including bolero, bossa nova, cha-cha, mambo and tango, as well as the samba-like afoxe propelling Dori Caymmi’s “Obsession.”

Purple added many percussion touches all night and was equally charming whether singing in English, Portuguese or Spanish. Miller, a Harry Connick Jr. and Maynard Ferguson alumnus, added his soulful trumpet sound and some stunning extended high notes as needed. He was featured on “Cherokee” and the ballad “My One and Only Love,” which the band performed as a bolero.

Navarro may have felt like he was under a microscope, sharing the stage with two of his music teachers (Uscher and Miller)-and his mother (Purple). Navarro and Uscher were locked into a deep groove, and the bassist also blended well with the three percussion players. The percussionists complemented each other, adding both energy and subtle accents to the Tropical Jazz Group sound.

“It’s time to imagine a place where we can come together,” Danilo Pérez said from the hallowed stage of Washington, D.C.’s historic Sixth & I … END_OF_DOCUMENT_TOKEN_TO_BE_REPLACED

At the Zeiders American Dream Theater in Virginia Beach, Va., between April 8 and 10, the Vocal Jazz Summit convened in person for the first … END_OF_DOCUMENT_TOKEN_TO_BE_REPLACED

The Big Ears Festival returned to Knoxville in a big way in late March, drawing an estimated 30,000 music enthusiasts from across the U.S. and … END_OF_DOCUMENT_TOKEN_TO_BE_REPLACED

Let’s get this out of the way: The Savannah Music Festival is not a jazz festival. Held over the course of 17 days in late … END_OF_DOCUMENT_TOKEN_TO_BE_REPLACED