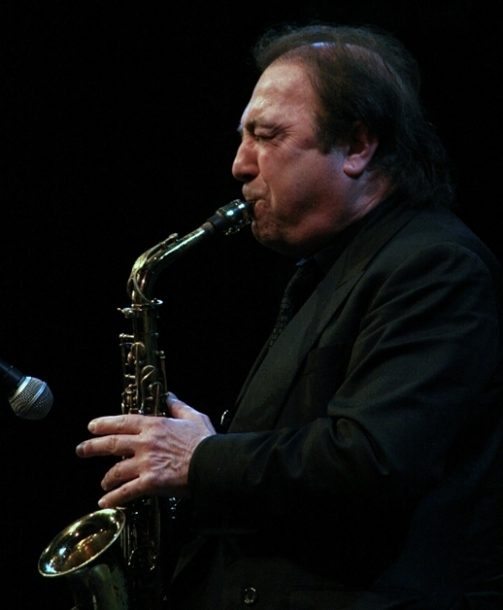 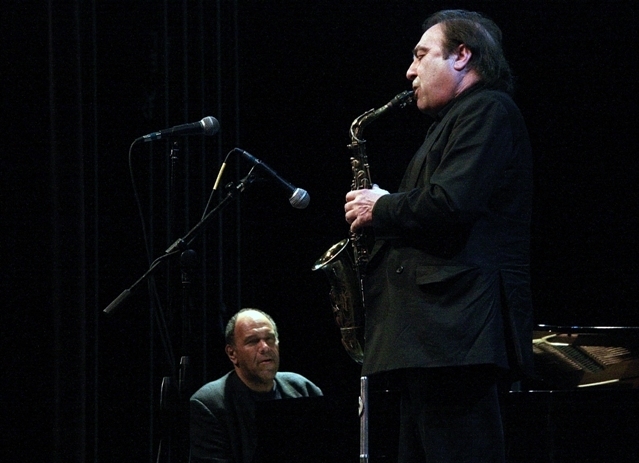 Saxophonist Greg Abate is a bebopper pure and simple. He plays with a feverish intensity that on a great night is counterbalanced by his rhythm section. As a busy soloist, the rhythm section and city, and sometimes country, changes from gig to gig. He performed in Port Charlotte, Fla., on December 10 for the Charlotte County Jazz Society’s Artists Series at the Charlotte Cultural Center, bringing his intense brand of hard bop (think Charlie Parker and Phil Woods if you need comparisons) to an audience of about 350. Abate was superbly supported by pianist Kenny Drew Jr., bassist Richard Drexler and drummer John Jenkins.

The night had some interesting twists from the usual Abate repertoire of standards and originals, because of last week’s death of jazz giant Dave Brubeck, and the fact that Christmas is two weeks away.

Rhode Island-based Abate told the crowd that he was in the 9th grade when he first heard the Dave Brubeck Quartet’s hit “Take Five.” Fascinated by Paul Desmond’s sound, he decided to switch from clarinet to alto sax. He then dug deep into a bop-tinged version of Brubeck’s ballad “In Your Own Sweet Way.” Drew’s extended solo was tinged with subtle classical flourishes.

Abate shifted to flute for his own minor blues “Contemplation” and later in the program for “Angel Eyes.” With their relentless stream of ideas and notes, beboppers tend to toss in quotations from other tunes that fit the moment and the arrangement. On “Contemplation,” Abate added a bit of melody from “God Rest Ye Merry Gentlemen.” In the second set, the same melody popped up in another fine original: “Roger Over and Out.” Abate and company later gave the audience another Christmas treat with an extended jazz version of “Have Yourself a Merry Little Christmas.”

Highlights among the half dozen other tunes included the band’s Latin swing approach to “You Stepped Out of a Dream” and its beautiful take on British pianist John Patrick’s ballad “Marny” from Abate’s new quintet album featuring Phil Woods. At times, the tune’s feel made it sound like a cousin of the Johnny Mandel standard “Emily.”

The evening ended with another nod to Brubeck, as the band reworked Desmond’s “Take Five” into something fresh. They put their own spins on it, not relying on the Brubeck Quartet sound. Rather than play Brubeck’s customary block chord piano vamp throughout the tune, Drew took a more delicate approach in his comping and solo, then plucked the strings to add unusual accents and colors behind Drexler’s bass solo. Jenkins’ drum solo was filled with swing, dexterity and nuance, without the thunder Joe Morello brought to the original. Change is good.

“It’s time to imagine a place where we can come together,” Danilo Pérez said from the hallowed stage of Washington, D.C.’s historic Sixth & I … END_OF_DOCUMENT_TOKEN_TO_BE_REPLACED

At the Zeiders American Dream Theater in Virginia Beach, Va., between April 8 and 10, the Vocal Jazz Summit convened in person for the first … END_OF_DOCUMENT_TOKEN_TO_BE_REPLACED

The Big Ears Festival returned to Knoxville in a big way in late March, drawing an estimated 30,000 music enthusiasts from across the U.S. and … END_OF_DOCUMENT_TOKEN_TO_BE_REPLACED

Let’s get this out of the way: The Savannah Music Festival is not a jazz festival. Held over the course of 17 days in late … END_OF_DOCUMENT_TOKEN_TO_BE_REPLACED