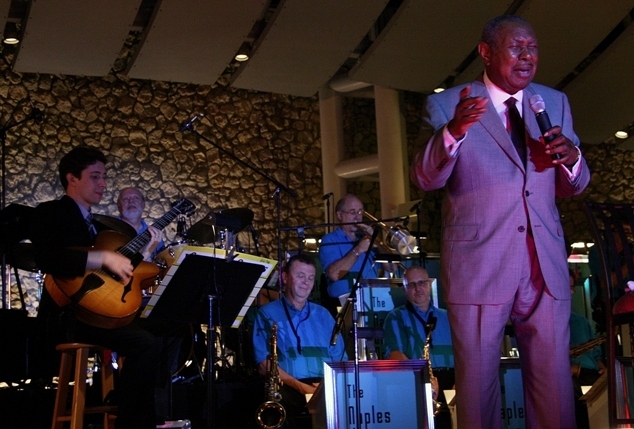 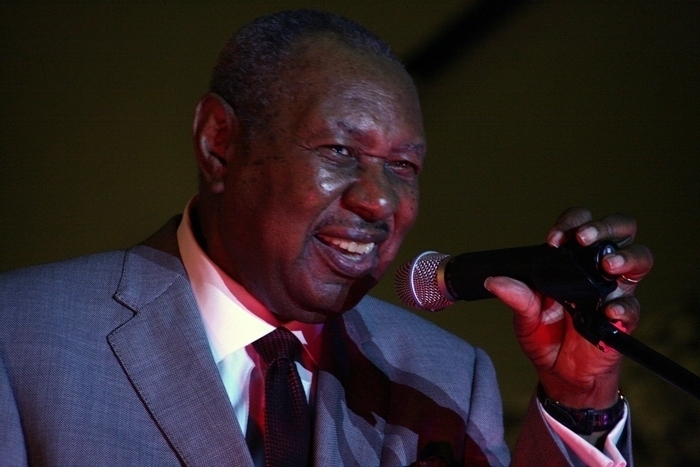 Singer Freddy Cole, now 82, takes his time-stepping with care-as he walks from the wings to the spotlight’s glare at center stage. His pace has slowed over the years to the point where it now matches his approach to the jazz ballad, a vehicle at which he has always excelled. That was much in evidence on Monday, Feb. 3, when Cole was a special guest of the Naples Jazz Orchestra at an outdoor concert at the Cambier Park bandshell in downtown Naples, Fla. The concert also featured guitarist Randy Napoleon, who is one of Cole’s frequent accompanists.

Above all else, the evening showed that Cole remains the master of the jazz ballad. He lets the song breathe between words, sometime syllables. He savors each word in his brand of musicality. Such was the case with each of his ballads, beginning with his opener, Stevie Wonder’s “Isn’t She Lovely,” through two sets that ran the gamut from material by one of his big ballad heroes, Billy Eckstine, to the Frankie Laine jazz hit “Mam’selle,” and pop singers Bobby Darin and Helen Reddy (“You and Me Against the World”).

I had hoped to report on the 2021 edition of the DC Jazz Festival without using the word “pivot,” a term that was already overused … END_OF_DOCUMENT_TOKEN_TO_BE_REPLACED

On March 10, 2020, I stood shoulder to shoulder in a crowded Philadelphia bar to hear a blistering set by guitarist Jeff Parker’s band. I … END_OF_DOCUMENT_TOKEN_TO_BE_REPLACED

The weather gods must have been in favor of Newport Jazz’s 2021 return. A superb first day of the festival was followed by an even … END_OF_DOCUMENT_TOKEN_TO_BE_REPLACED