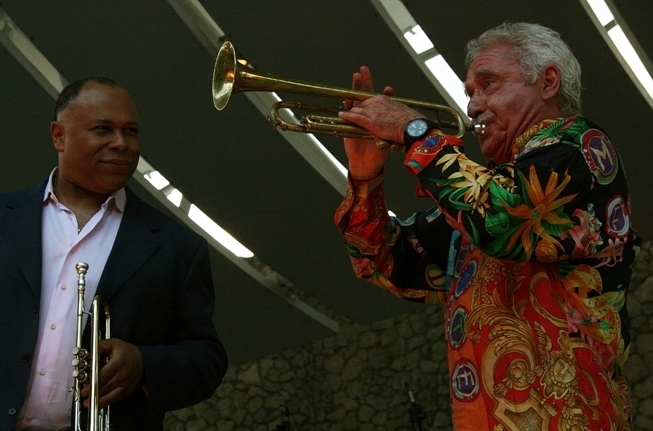 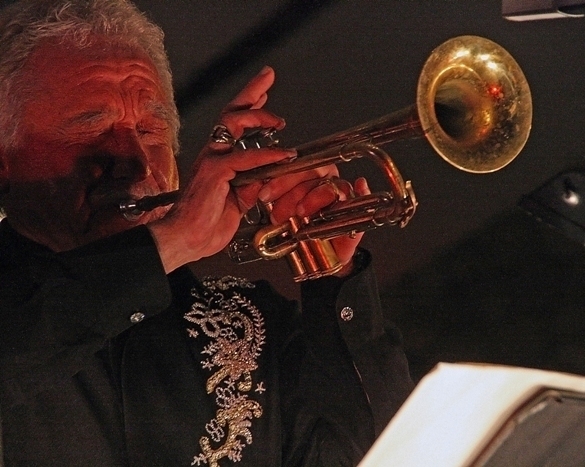 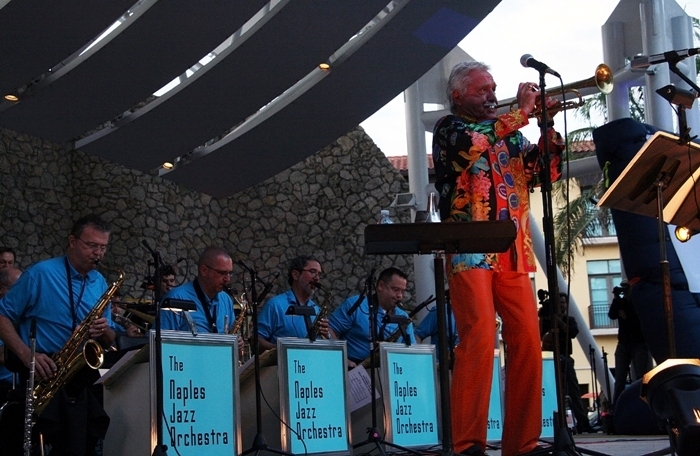 Stripling, Severinsen and the NJO spent a good portion of the evening digging into the New Orleans repertoire, which made perfect sense given the city’s importance in the development of jazz-and jazz trumpet playing. Highlights included “Bourbon Street Parade,” “Basin Street Blues,” “West End Blues,” “St. James Infirmary” and a rousing closer , “When the Saints Come Marching In,” in which the two stars shared the solo spotlight with trombonist Greg Nielsen and trumpeter Dave Pruyn. The engaging humor and musical simpatico between the two horn players was a treat.

Severinsen, who turns 86 on July 7, still has high-octane firepower in his solos (reminiscent at times to Maynard Ferguson), though he wisely paces himself. He also retains the colorful fashion preferences that America got to know so well during his 45 years as the leader’s of NBC’s Tonight Show Orchestra. He also threw in fine versions of two favorite ballads: “September Song” and Bob Haggart’s classic “What’s New?”

Stripling, an Atlanta native and alumnus of the Lionel Hampton, Woody Herman and Count Basie Orchestras, is artistic director of the Columbus (Ohio) Jazz Orchestra. He’s an engaging horn player and fine singer who loves digging into the Louis Armstrong-New Orleans repertoires. In 1988, Stripling was picked to play the lead in the musical Satchmo: America’s Musical Legend. After opening in New Orleans, the show played in Atlanta, the Kennedy Center and North Carolina before closing in Boston.

The drummer led the Bob Stone Big Band in Chicago for 15 years before moving to Florida full-time in 1990, and assembled a crack outfit in Naples that is perhaps Florida’s finest professional big band. Players from all over southern and central Florida drive as much as 150 miles each way for concerts and rehearsals. Its ranks include trumpeter (and assistant musical director) Mark Pettey, pianist Kenny Drew Jr., and saxophonists Mike Brignola, Tom Ellison and Rodney Rojas.

Both guest artists were thrilled by the backing band. “One of the great gifts of Naples sits behind me,” Stripling told the crowd. “They are the best of the best.” To which Severinsen added, “You guys have got a red-hot band here.”

“It’s time to imagine a place where we can come together,” Danilo Pérez said from the hallowed stage of Washington, D.C.’s historic Sixth & I … END_OF_DOCUMENT_TOKEN_TO_BE_REPLACED

At the Zeiders American Dream Theater in Virginia Beach, Va., between April 8 and 10, the Vocal Jazz Summit convened in person for the first … END_OF_DOCUMENT_TOKEN_TO_BE_REPLACED

The Big Ears Festival returned to Knoxville in a big way in late March, drawing an estimated 30,000 music enthusiasts from across the U.S. and … END_OF_DOCUMENT_TOKEN_TO_BE_REPLACED

Let’s get this out of the way: The Savannah Music Festival is not a jazz festival. Held over the course of 17 days in late … END_OF_DOCUMENT_TOKEN_TO_BE_REPLACED