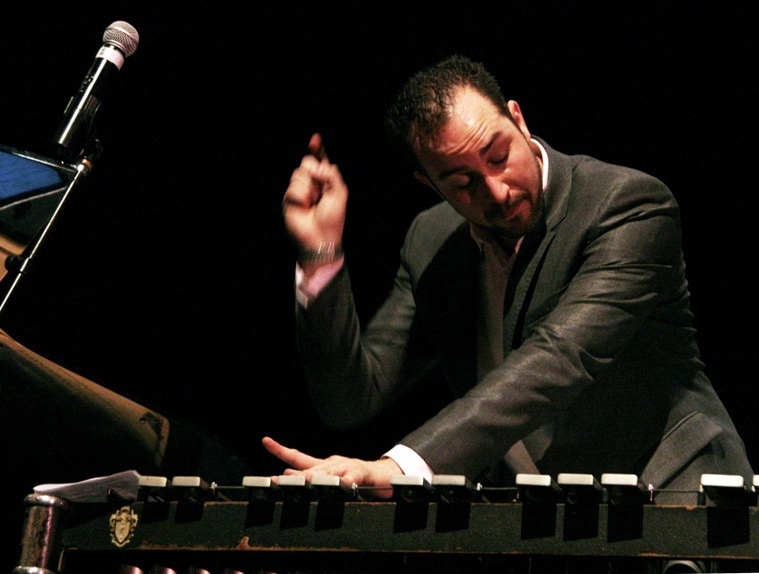 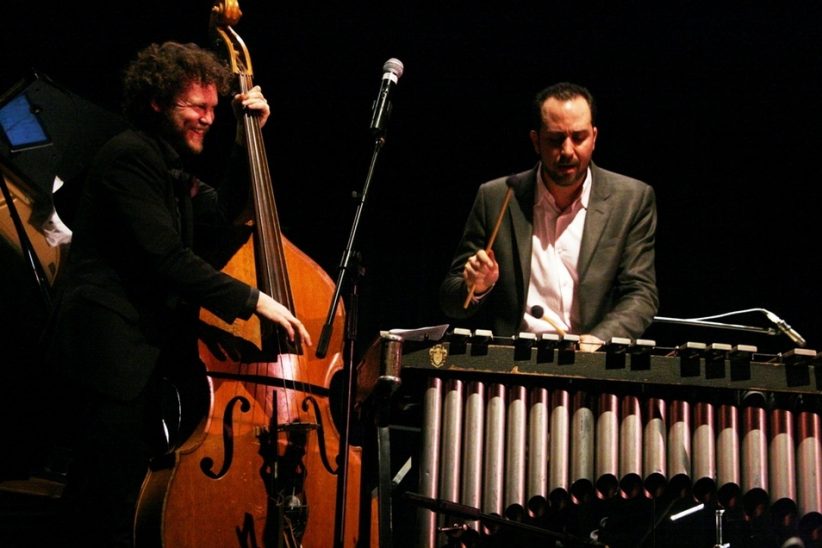 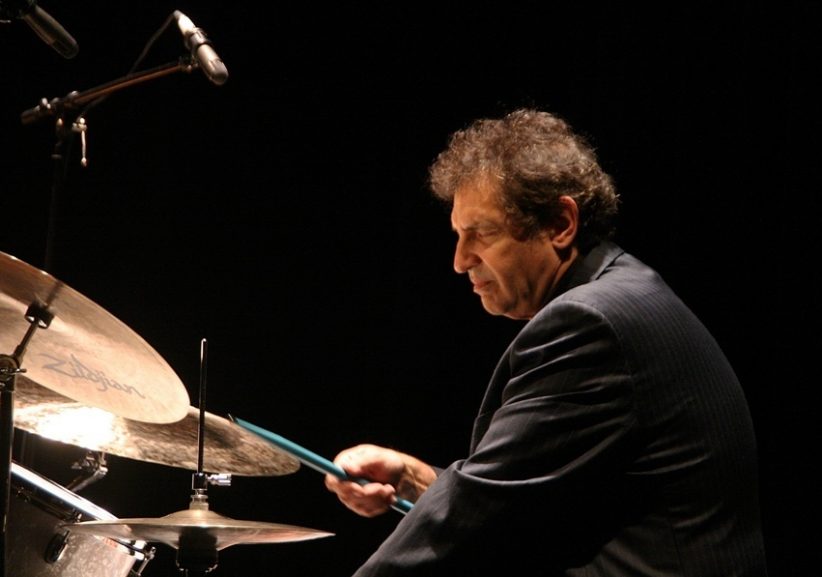 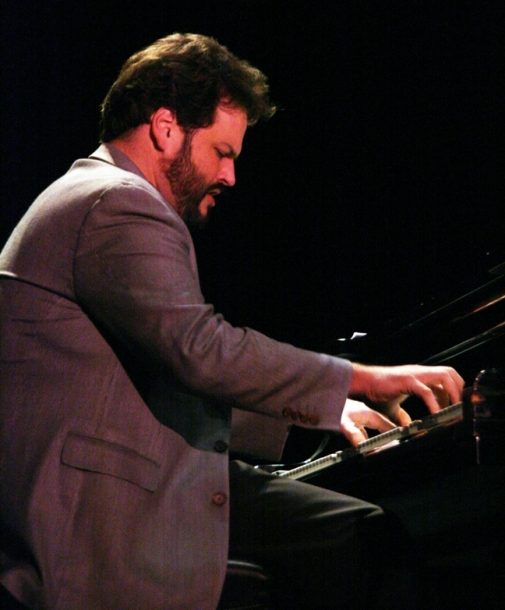 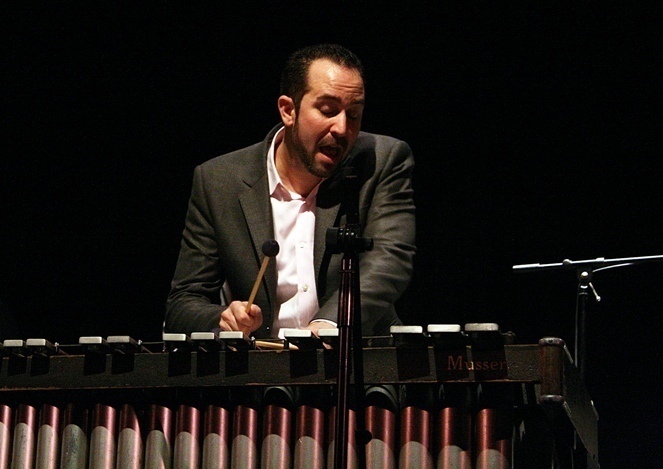 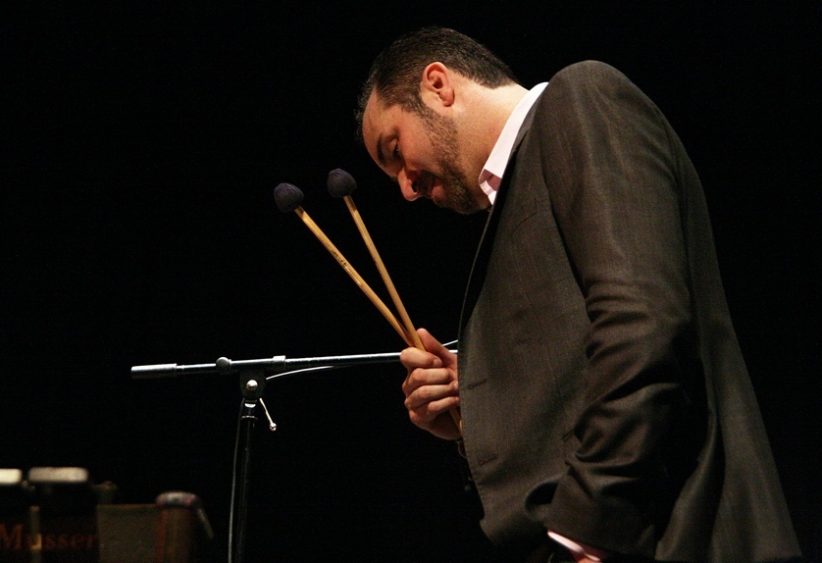 The way vibes player Christian Tamburr sees it, he honors his musical forebears every time he picks up his mallets. He paid homage Monday night, January 12, principally to Lionel Hampton, Milt Jackson and Bobby Hutcherson, as part of the Charlotte County Jazz Society’s Artist Series in Port Charlotte, Fla.

“The music I play is influenced by all of these great players,” Tamburr said, also noting Red Norvo, Cal Tjader and Gary Burton.

Paying such a tribute seems natural for Tamburr. Two months earlier, he hosted Dizzy’s Club Coca-Cola’s three-night celebration of Hutcherson’s influence on younger players like himself. Tamburr’s quartet for that run was supplemented by two other mallet players, Joel Ross and Joseph Doubleday.

As Tamburr told the Florida audience, vibraphonists are part of a small, distinctive fraternity. Jazz saxophonists and trumpeters, for example, number in the thousands. But there are fewer than a hundred well-known jazz players, past and present, whose principal instruments are the vibes or their woody stepbrother, the marimbas.

Tamburr, a native of Florida’s Space Coast who is now based in northern California, had strong, inventive support from his rhythm section. He has worked with bassist Billy Thornton and pianist Scott Giddins since the three were music students at the University of North Florida in Jacksonville back in the late 1900s and early 2000s. Drummer Danny Gottlieb, who teaches at UNF, was a special guest. Tamburr and Gottlieb have known each other for years, but this was actually the first formal gig where they worked together.

Tamburr is a treat to watch and hear, as his mallets dance across the vibes and notes are accentuated with his body English, all in service to the music.

In addition to an array of jazz standards and one original, “It Rained Again Tonight” (inspired by a late-night walk after a New York gig), Tamburr treated the audience of about 300 to a handful of tunes written by or associated with the masters. They included “Flyin’ Home” and “Cherokee” (Hampton),”Head Start” (Hutcherson) and “Bags’ Groove” (Jackson).

Other highlights: the band’s tango-like take on “You Don’t Know What Love Is,” Tamburr’s wonderful duet with Thornton on “All the Things You Are,” and his solo version of “In a Sentimental Mood.” On the latter tune, Tamburr played the vibes softly with his fingers rather than mallets. The fingers-only technique is something Tamburr said he has never seen other vibes players do. “I recorded ‘In a Sentimental Mood’ that way on my album Arrivals,” he said later. “I was in the studio and they said ‘rolling’ but I had left my mallets in the control room. For kicks, I just did a take with my fingers and it’s kinda stuck.”

This was his second appearance in the CCJS series at the Charlotte County Cultural Center Theater. His local debut was in November 2012.

The 2022 Newport Jazz Festival’s three days of sunshine were bracketed, more or less, by a pair of all-star ensemble jams that included Christian McBride. … END_OF_DOCUMENT_TOKEN_TO_BE_REPLACED

In its first full edition since the onset of the pandemic, and with a new director of programming, the Festival International de Jazz de Montréal … END_OF_DOCUMENT_TOKEN_TO_BE_REPLACED

Among the many physical, spiritual, and institutional losses related to the still-ongoing pandemic is that of Los Angeles’ renowned Playboy Jazz Festival (PJF) at the … END_OF_DOCUMENT_TOKEN_TO_BE_REPLACED

It’s difficult to imagine what the stage and the audience would have looked like at Gaillard Center in Charleston, South Carolina, if Rhiannon Giddens’ new … END_OF_DOCUMENT_TOKEN_TO_BE_REPLACED