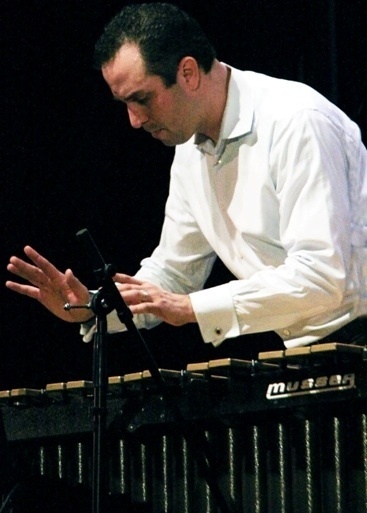 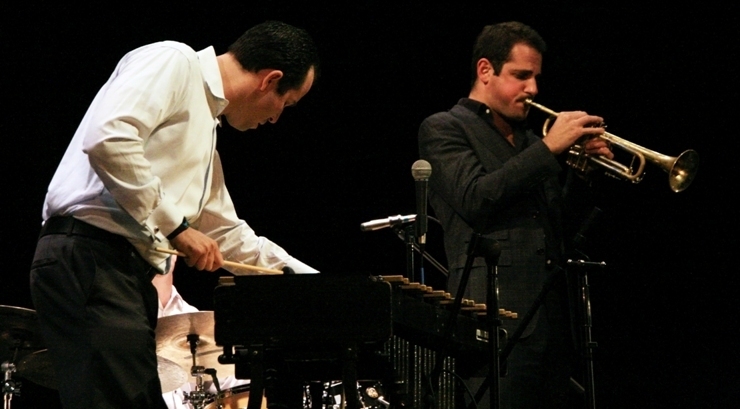 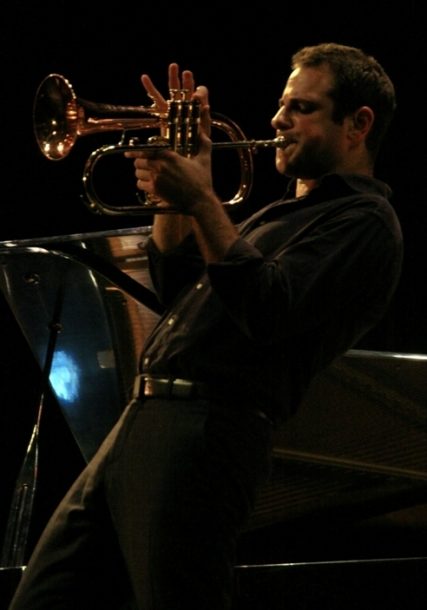 Extended soloing with a blend of subtlety and fire were the order of the night for this band. It was clear from the opening notes how much a band’s chemistry is enhanced when the players work together for an extended period. Tamburr’s fine band also included pianist Scott Giddens, bassist Billy Thornton and drummer Justin Varnes.

The evening’s highlights included Farinacci’s soulful, almost mournful, trumpet work on “You Don’t Know What Love Is” and Tamburr on his own ballad “Sailing Serenity,” which also showcased Thornton. That tune sounded like Tamburr had channeled Tom Harrell and Pat Metheny when writing the beautiful, lush piece. Farinacci’s flugelhorn playing included more than a few doses of blazing-speed triple-tonguing. His stop-time arrangement of “It’s Alright With Me” added to the night’s electricity.

Tamburr is a native of Cocoa Beach, Fla., who now calls San Jose, Calif., home. He wowed the crowd with a solo version of “In a Sentimental Mood,” playing the vibes with his hands rather than mallets that at times resonated with a harp-like delicacy. “Yes, it hurts,” he told the audience after the tune, not having used that hands-on technique since a May concert in West Palm Beach.

The band also put its own stamp on Lennon and McCartney’s “Eleanor Rigby,” Farinacci’s “Tango Thing No. 3,” “Cherokee,” “Girl Talk,” “I Remember You,” Wayne Shorter’s “One By One” and an appropriate closer, “That’s All.”

The October 24 to November 12 tour up and down the East Coast included nine free master classes and concerts for students as part of Tamburr’s Ignite the Arts outreach program to help inspire and revitalize the arts in public schools. Tamburr and his band mates (all under age 35) also give 50% of the night’s CD sale proceeds at those free concerts to the local school’s arts program. He said the effort exposed 2,500 students to jazz on this tour.

“We’ve always found it very important to go into schools with the opportunity to inspire and show an end goal vision for kids-being able to interact with professional musicians who are touring, making a living, doing what they love,” Tamburr said after the show.

His Ignite the Arts program partners and sponsors include the Blackwing Foundation, the Brubeck Institute, Pro-Mark, Courtyard by Marriott, Pencils.com and Duraflame.

In those concerts, he said, the band starts with jazz versions of pop tunes that are on the radio. “When we say, we’re going to do Adele’s ‘Rolling in the Deep’ with our jazz twist to it and the kids freak out, it is truly inspiring. Tune after tune, you can feel them beginning to come along with you. If we can reach a percentage of those kids by giving new interest to what jazz is, what live music is, we’ve accomplished something.

“When our music was first popular, people had to go see it. They were moved by the music and the lyrics, and the experience of seeing music live,” Tamburr said. “Today, if kids don’t see it on YouTube or on their phone, they’re not exposed to it. It is harder and harder to get young people to come out and see live music unless it is the top one percent of popular musicians. When you have the chance to expose them at this young age to something that is exciting, that has live instruments and talent to produce real music, they see a whole different side to what they think a title or a label of ‘jazz’ might be.”

Relate-ability, he said, is important. His example: “If we opened such a show with ‘Take the A Train,’ a kid in Raleigh, North Carolina with no exposure to jazz might think I was referring to Amtrak.”

“This is all about diversifying our market, and finding a way to inspire and reach kids with a little bit of culture. They’ve got the right to like it or not, but at least give them the chance,” Tamburr said.

“It’s time to imagine a place where we can come together,” Danilo Pérez said from the hallowed stage of Washington, D.C.’s historic Sixth & I … END_OF_DOCUMENT_TOKEN_TO_BE_REPLACED

At the Zeiders American Dream Theater in Virginia Beach, Va., between April 8 and 10, the Vocal Jazz Summit convened in person for the first … END_OF_DOCUMENT_TOKEN_TO_BE_REPLACED

The Big Ears Festival returned to Knoxville in a big way in late March, drawing an estimated 30,000 music enthusiasts from across the U.S. and … END_OF_DOCUMENT_TOKEN_TO_BE_REPLACED

Let’s get this out of the way: The Savannah Music Festival is not a jazz festival. Held over the course of 17 days in late … END_OF_DOCUMENT_TOKEN_TO_BE_REPLACED