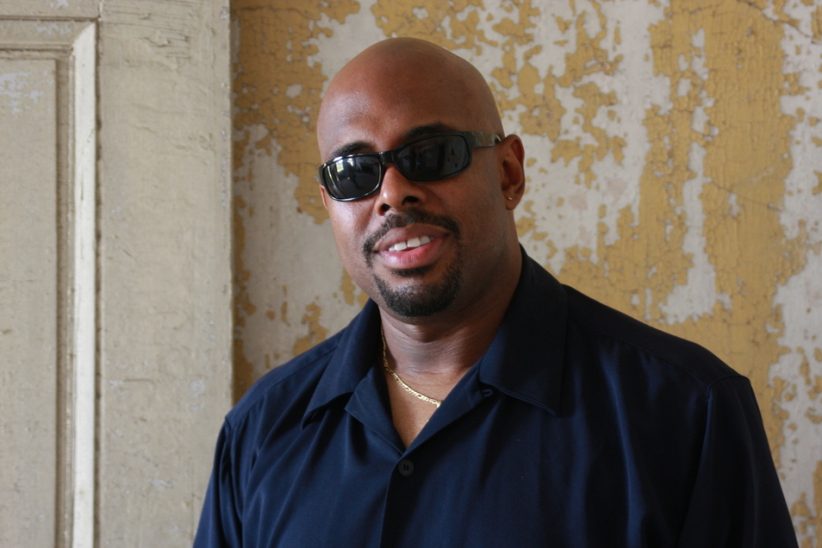 What kind of double bass tone does Christian McBride pursue? It’s the sound of chopping wood, as the then-young bassist described it to me for an interview at the dawn of his career as a solo artist.

Two decades later, McBride, justifiably the most recorded and most honored jazz bassist of his generation, still boasts that appealing sound on upright, a voice heavily influenced by Ray Brown and Ron Carter but now uniquely identifiable as his own. His beefy, earthy tone, often jaw-dropping technical abilities, and skills as an improviser, composer and bandleader were well displayed during a Nov. 2 concert at the comfortable, well-appointed Mahaffey Theater in St. Petersburg.

McBride was joined by a pair of strikingly talented young musicians, pianist Christian Sands and drummer Ulysses Owens Jr., for two impressive sets’ worth of standards and original compositions. Sands, 23, throughout displayed astonishing chops that were sometimes reminiscent of the likes of Oscar Peterson, and he also showed a lighter, more genteel touch, in the vein of the late Billy Taylor, one of the New Haven, Conn., native’s early teachers. Owens, 29, originally from Jacksonville, Fla., demonstrated precise, intuitive trap set work, throwing unexpected accents and bomb drops into the mix, sometimes switching to brushes, and at one point playing barehanded.

Unlike some recent electric-jazz ventures, on which McBride has incorporated bass guitar and fretless bass, his new trio emphasizes acoustic bebop, hard bop and swing. Much of the evening’s music was drawn from McBride’s new CD, due early next year on the Mack Avenue label.

The trio offered standards and familiar pieces: “Monk’s “I Mean You,” featuring a furious opening unison riff and a trading-fours section; “The Most Beautiful Girl in the World”; “My Favorite Things,” limned with cascading piano; Billy Taylor’s aptly titled “Easy Walker,” with Owens’ derring-do on brushes; “I Have Dreamed” (from the musical The King and I), on which McBride bowed the melody; and, on the encore, Benny Golson’s “Killer Joe.”

McBride, too, brought smartly turned originals, including laidback, starting-stopping opener “The Duhty Blues” and “I Guess I’ll Have to Forget,” a ballad (originally recorded for his 2000 Sci-Fi album) on which his solo started slowly, in a melodic, folkish, vein before speeding up for a bluesy feel. The trio also offered a nod to funk and R&B, near the end of the show, courtesy of a version of Johnny Taylor’s “Who’s Making Love” that also referenced Michael Jackson’s “Gonna Be Starting Something” and Queen’s “Another One Bites the Dust.”

McBride, of course, was the show’s star, alternating robust walking grooves with speedy runs, chords, slides and plucked harmonics clusters, and taking time for friendly chats with the enthusiastic audience. He never disappoints, and his latest band, like its predecessors, is worth seeking out.

Among the many physical, spiritual, and institutional losses related to the still-ongoing pandemic is that of Los Angeles’ renowned Playboy Jazz Festival (PJF) at the … END_OF_DOCUMENT_TOKEN_TO_BE_REPLACED

It’s difficult to imagine what the stage and the audience would have looked like at Gaillard Center in Charleston, South Carolina, if Rhiannon Giddens’ new … END_OF_DOCUMENT_TOKEN_TO_BE_REPLACED

“It’s time to imagine a place where we can come together,” Danilo Pérez said from the hallowed stage of Washington, D.C.’s historic Sixth & I … END_OF_DOCUMENT_TOKEN_TO_BE_REPLACED

At the Zeiders American Dream Theater in Virginia Beach, Va., between April 8 and 10, the Vocal Jazz Summit convened in person for the first … END_OF_DOCUMENT_TOKEN_TO_BE_REPLACED