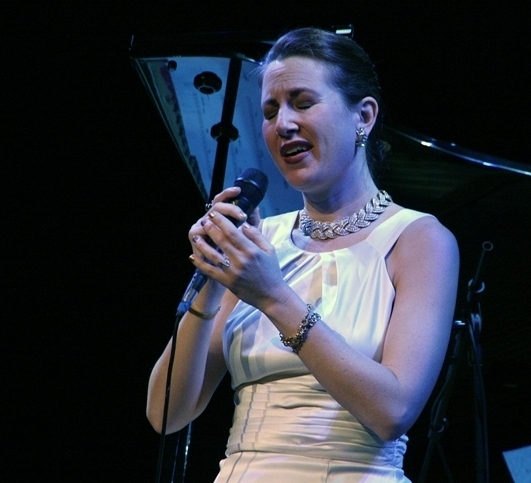 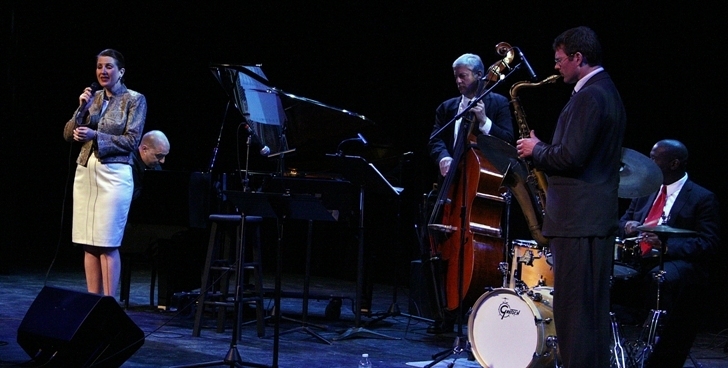 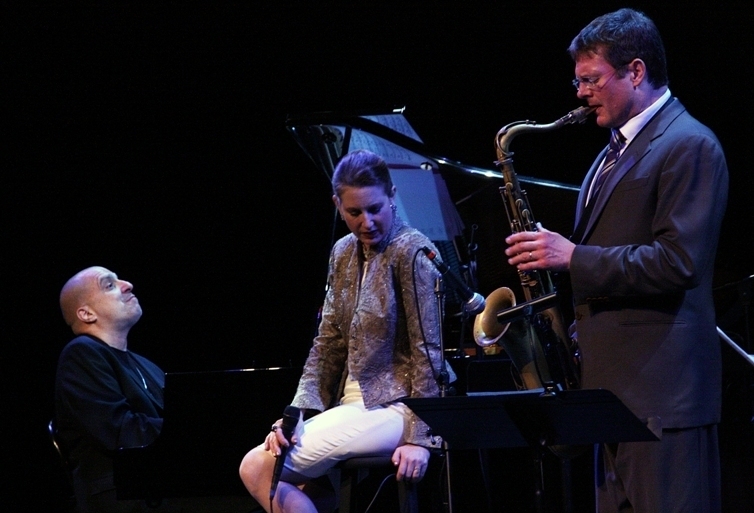 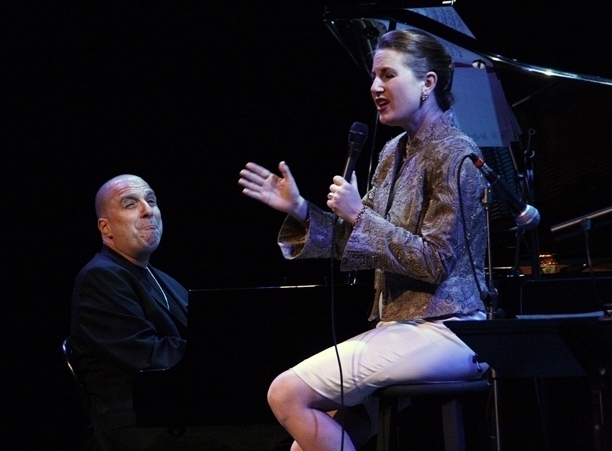 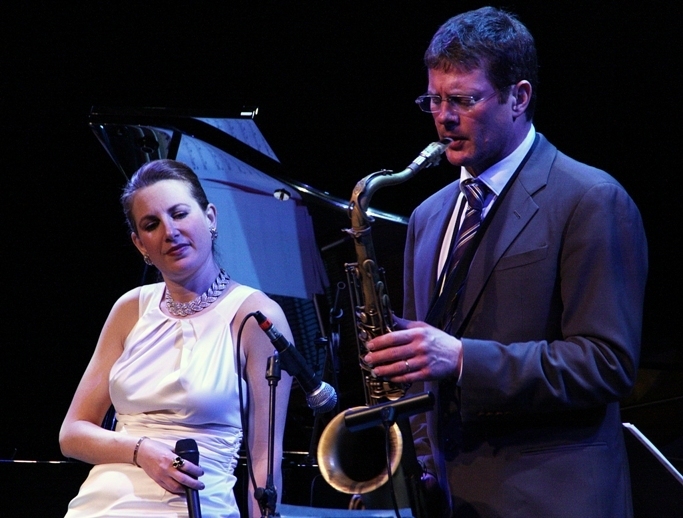 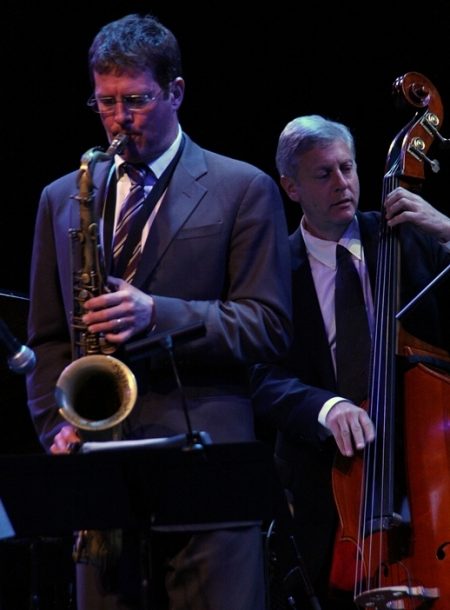 Singer Alexis Cole brought her fine New York band to southwest Florida’s 34th annual Sarasota Jazz Festival on February 28. Cole is one of those “rising stars” in jazz who has been diligently working at her craft for about 20 years, and now has eight recordings under her belt. Cole’s band mates were tenor saxophonist Eric Alexander, pianist John di Martino, bassist David Finck and drummer Kenny Washington.

Most of the material in the singer’s two sets was drawn from her three latest CDs: 2010’s (Venus), 2012’s I Carry Your Heart (Volume 5 of Motéma’s Pepper Adams Project) and 2013’s Close Your Eyes (also from Japan’s Venus label).

Among today’s singers, Cole’s style is refreshing. Her delivery is unforced with no frilly artifice, enabling her, her band mates and her audience to savor the rich lyrics she sings. Her infrequent scatting is tasty and always delivered in service to the material. And we always get a sense that she knows of what she sings.

Alexander was a wonderful front-line supporter for Cole, and their musical familiarity showed immediately. (Her 2010 recording was made with the Alexander-led band One for All, and the savvy tenor player has appeared on some of her other projects). The evening displayed the bluesy and lyrical sides of his playing, and his great skill as an accompanist on the tenor, much like di Martino revealed with his blend of intensity and finesse at the piano.

Clear evening highlight: Her first set closer, a trio version of “I Carry Your Heart” that teamed Cole with di Martino and Alexander. At great length, they explored the title track from Cole’s recording that set rich new lyrics by poet Barry Wallenstein to baritone sax master Pepper Adams’ music. Adams took this ballad’s title from an E. E. Cummings poem that was read at his wedding on Valentine’s Day 1976.

Another very strong moment was a frisky version of “Teach Me Tonight” that spotlighted some beautiful bass passages from Finck before shifting the solos to Alexander and di Martino. Cole and Alexander’s simpatico turned Henry Mancini’s pop classic “Moon River” into a lovely, albeit infrequently heard, jazz vehicle. The evening closer, also drawn from the Pepper Adams/Wallenstein material, was “Julian,” a tune that Adams and bassist George Mraz wrote and retitled in tribute to alto saxophonist Cannonball Adderley after his death in 1975.

She also performed the poignant “Now In Our Lives” from the Adams project, as well as a half-dozen gems from the American Songbook.

Cole carefully balances her own concerts and recording projects with her “day job” as the full-time jazz singer with the West Point Band’s Jazz Knights, the U.S. Military Academy big band. Her U.S. Army enlistment runs through October 2015.

On this night, she showed the Players Theatre audience that she is greatly deserving of far more recognition. It was a family night of sorts, with Cole’s parents and several other relatives in the house. She was born in New York City, but was raised in Ft. Lauderdale, Fla., where her parents still live. She began performing in the Ft. Lauderdale-Miami area as a teenager.

The 2022 Newport Jazz Festival’s three days of sunshine were bracketed, more or less, by a pair of all-star ensemble jams that included Christian McBride. … END_OF_DOCUMENT_TOKEN_TO_BE_REPLACED

In its first full edition since the onset of the pandemic, and with a new director of programming, the Festival International de Jazz de Montréal … END_OF_DOCUMENT_TOKEN_TO_BE_REPLACED

Among the many physical, spiritual, and institutional losses related to the still-ongoing pandemic is that of Los Angeles’ renowned Playboy Jazz Festival (PJF) at the … END_OF_DOCUMENT_TOKEN_TO_BE_REPLACED

It’s difficult to imagine what the stage and the audience would have looked like at Gaillard Center in Charleston, South Carolina, if Rhiannon Giddens’ new … END_OF_DOCUMENT_TOKEN_TO_BE_REPLACED