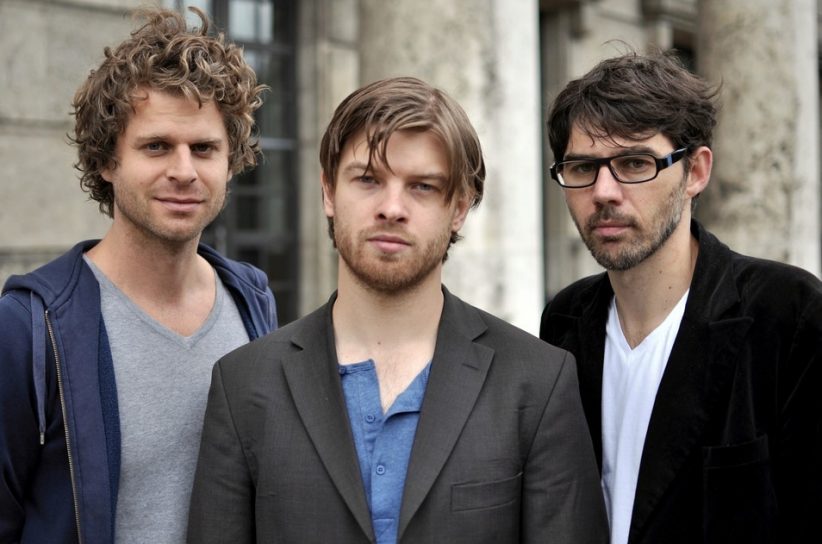 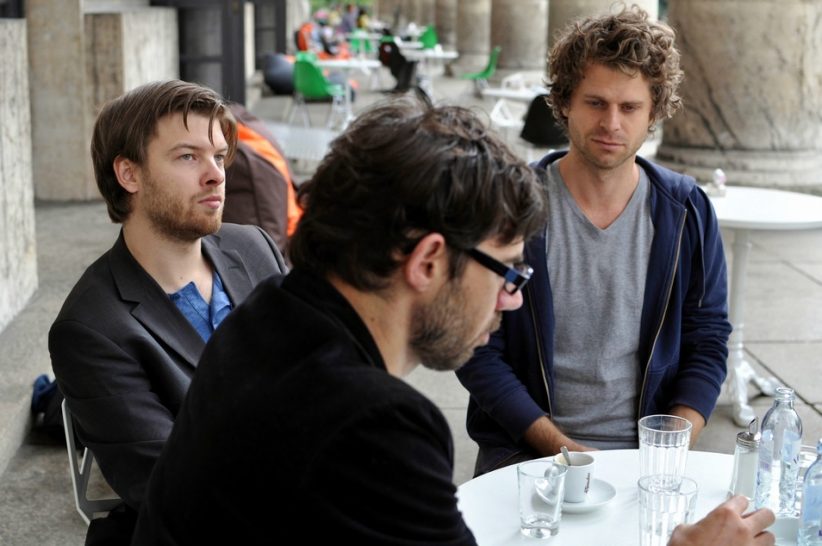 The non-profit Jazz Bakery in Culver City was one of the two or three most important jazz venues in the Los Angeles megapolis for 17 years. It lost its lease and closed in June 2009. Miraculously, it was rescued by a $2 million grant from the Annenberg Foundation. The Jazz Bakery will return in late 2012, in a new performance space on Washington Boulevard, one mile from its old site.

But that still left a 3 ½ year period without a location, so artistic director Ruth Price created the “Jazz Bakery Movable Feast.” She has continued to present jazz in borrowed venues like the Musicians Institute in Hollywood, the Nate Holden Performing Arts Center in Los Angeles and Keyboard Concepts in Santa Monica.

Keyboard Concepts is by far the smallest of these spaces, a 67-seat room in a piano store on Santa Monica Boulevard. With its pure acoustic intimacy and its magnificent Bösendorfer piano (price tagged @ $150K), it was a fortunate setting for the Colin Vallon Trio. Santa Monica was the fourth stop on a U.S. tour supporting the trio’s ECM debut album Rruga.

It is always interesting to hear a jazz ensemble live immediately after encountering them for the first time on record, especially when the record is stunning. Rruga continuously opens out into epiphanies and revelations. The question, given that the album is so spontaneous and free, was how different the live Rruga in Santa Monica would be from the one recorded by Manfred Eicher in Pernes-les-Fontaines, France in May 2010.

The short answer is: very different. On the album, “Polygonia,” composed by drummer Samuel Rohrer, is a soft hovering, treble ripples and whispered incantatory chords, and then moves into something like time (ambiguous time, somewhere between 5 and 4). In Santa Monica “Polygonia” was longer and harder and much more diverse. It is not unexpected for live music to contain wider dynamic range. But Vallon in person was more assertive and more impulsive, willing to disrupt hushed musical environments with dark heavy chords, and to undermine forms by fixating on certain of their fragments.

Two pieces by bassist Patrice Moret were also transformed. On the record “Telepathy” slowly releases a gesture of melody over obsessive chordal repetitions. In concert it broke out of its cycles sooner and veered and scattered. “Fjord” is the simplest performance on the album, a melodic crystal, barely adorned, alternating with a rustling of percussion from Rohrer. At Keyboard Concepts it began with a long free prelude, Vallon plucking piano strings, and when he sat down and the song emerged it quickly digressed into a set of fresh ideas that arose for all three players in the moment.

What is important about the Colin Vallon Trio is that they lead you to new understandings of musical organization and musical space. While they were often more aggressive in person, they were also an ensemble willing to barely intrude upon silence, to reduce content to elemental patterns and repeat them like mantras, staying with simple figures until they melted into trance. It is music the opposite of linear. There is no single narrative. There is a succession of varied beautiful shapes whose relationship to one another is never explained. But just when you thought that this was music about meditation and inner quest, just when you thought Vallon had renounced and transcended pianistic technique and stripped everything down to basic runes and symbols, he erupted with a long, spectacular right hand run. By incorporating more conventional development, even if uncommonly fast and complex, Vallon makes you glimpse possibilities of musical form you didn’t know existed. They are forms that place high-level jazz as we have known it beside unfamiliar abstraction, and make it cohere into one arc of discovery.

As for Moret and Rohrer, they are independently articulate voices. Bill Evans sprung loose the piano trio 50 years ago, liberating the bassist and drummer from their accompanist roles. Vallon’s trio has given this concept its furthest extension to date. Often, Moret and Rohrer did not obviously respond to Vallon or to one another, but postulated parallel realities. Moret plotted relentless, twisting lines like private rituals, sometimes broken, sometimes streaming. It was hard to take your eyes off Rohrer. He was in constant motion, clattering and chiming, tapping bells with little sticks, barely touching cymbals with brushes, then suddenly erupting, lashing his snare. Moret and Rohrer juxtaposed their representations with Vallon’s and the three designs overlaid into a fourth, the evolving whole that was this music. A drone in place would rise and fall and take on small details. Gradually, because of their collective actions, the music would loom forward, the ascent into intensity and velocity not perceived until it was upon you.

Truly listening to improvised music is not a passive activity. It requires creativity on the part of the listener. The Colin Vallon Trio requires unusual levels of patience and attention and imagination from its audience, in return for which it offers unusual rewards.

“It’s time to imagine a place where we can come together,” Danilo Pérez said from the hallowed stage of Washington, D.C.’s historic Sixth & I … END_OF_DOCUMENT_TOKEN_TO_BE_REPLACED

At the Zeiders American Dream Theater in Virginia Beach, Va., between April 8 and 10, the Vocal Jazz Summit convened in person for the first … END_OF_DOCUMENT_TOKEN_TO_BE_REPLACED

The Big Ears Festival returned to Knoxville in a big way in late March, drawing an estimated 30,000 music enthusiasts from across the U.S. and … END_OF_DOCUMENT_TOKEN_TO_BE_REPLACED

Let’s get this out of the way: The Savannah Music Festival is not a jazz festival. Held over the course of 17 days in late … END_OF_DOCUMENT_TOKEN_TO_BE_REPLACED