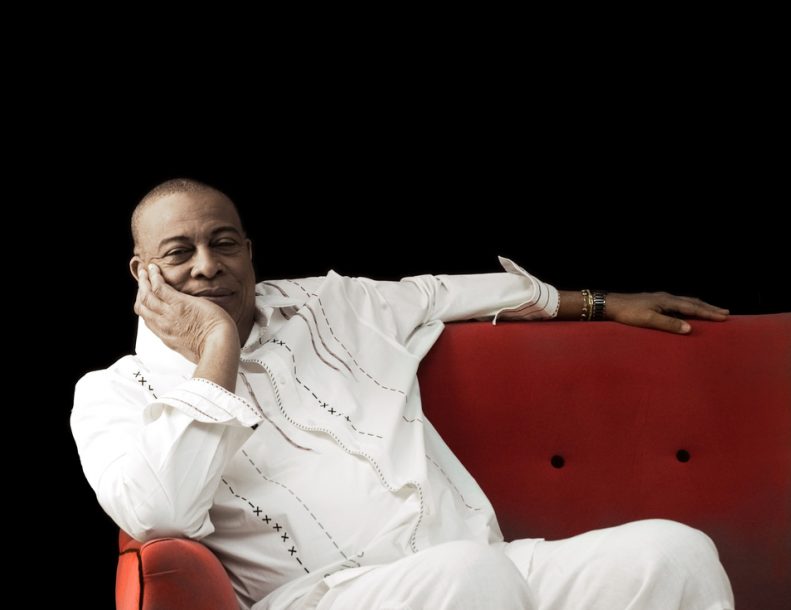 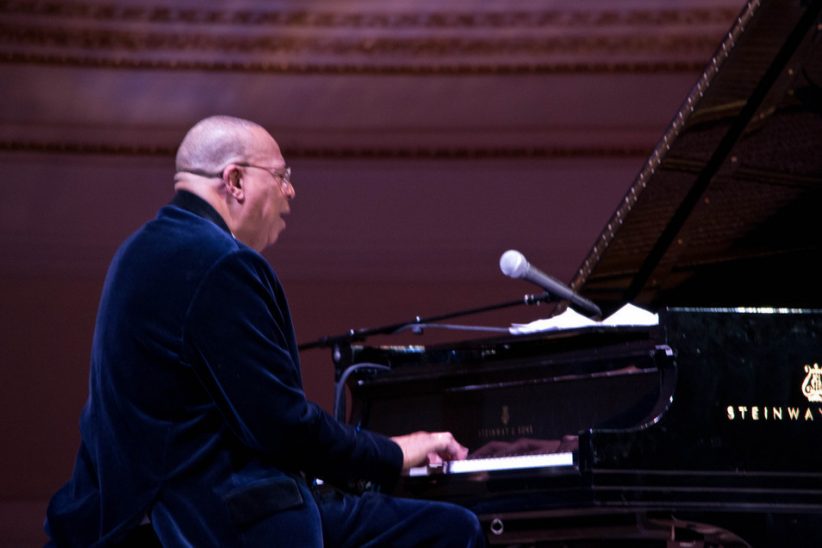 There’s nothing flamboyant about Chucho Valdés. Ambling to the lip of the stage to inform the Carnegie Hall audience that this is his first time performing at the venue in 34 years-the previous engagement being with Irakere, the pioneering Latin jazz outfit he co-founded-he speaks as casually as if ordering takeout over the phone, first in halting English, then Spanish. At the piano, his sole concession to show business convention is the occasional raise of an arm to signal his band, the extraordinary Afro-Cuban Messengers.

In lieu of flashy presentation, Valdés puts the flourish into the music. At 70, he remains a marvel at the keys, agile and inventive. His solos are virtually flawless, dazzling, and as a bandleader he is assured and commanding-even as he lays back to take in what his cohorts are producing, there is no doubt who is calling the shots. It’s no coincidence that Valdés’ band bears a name similar to that of Art Blakey’s Jazz Messengers: like that iconic outfit, the Afro-Cuban Messengers is a potential breeding ground for future headliners (just as Irakere spawned Paquito D’Rivera and Arturo Sandoval). The mood at Carnegie-part of a national tour in support of Chucho’s Steps (Four Quarters), his newest album-is celebratory, Valdés and band feeding off the palpable admiration and respect that permeates the room.

Opening with a tribute to Duke Ellington, within which Valdés quotes both subtly and blatantly from one of his many inspirations-another was saluted two songs later in “Zawinul’s Mambo,” the opening track on the new CD-the tight-knit musicians quickly fall into place following an exacting, unaccompanied Valdés solo. Trumpeter Reinaldo Melián Álvarez and tenor saxophonist Carlos Miyares Hernández, bassist Lazaro Rivero Alarcón, drummer Juan Carlos Rojas Castro, percussionist Yaroldy Abreu Robles and batá drummer Dreiser Durruthy Bambolé navigate the abrupt shifts in rhythm and temperament seamlessly: “Yansá,” the second tune, also from the new album, rolls out with freewheeling, liquid interplay, then quickly locks into a chattering conversation between horns, piano and drummers, highly percussive but never short on melody. The confluence of Bambolé’s chanted vocal, the following call-and-response and the polyrhythms upon polyrhythms-the hand drums particularly alluring-suggests both ancient/tribal and contemporary/teeming.

A subdued “Begin to Be Good” and the swinging title song from Chucho’s Steps maintain the virtuosic exhibit but the show’s high point is just around the corner: The arrival of Buika, the Spanish vocalist with whom Valdés collaborated on her 2009 album El Último Trago, transforms Carnegie Hall into a steamy nightclub. With a dusky voice that exudes pure sensuality, Buika-the Afro-Cuban Messengers now effortlessly playing the role of well-trained backup band-is part fiery soul diva, part Gypsy, part sultry seductress. Buika’s flamenco owes as much to Africa as Europe, and it adapts easily to the Valdés outfit’s rhythmic instincts. In her two-song guest spot-“Soledad,” from the album with Valdés, and “Santa Cruz”-Buika displays broad range and a strong sense of dynamics, but it’s not only her emotive and occasionally raucous vocal performance that has the Carnegie audience in her thrall; Buika is a spellbinding frontwoman: Her beguiling dance moves, the flirtatious hiking of her skirt-whatever Valdés and his musicians might lack in visual focal points, she more than compensates.

Although the remainder of the Messengers’ set could not be described as anti-climactic (although the one-song visit by Mayra Caridad Valdés, Chucho’s vocalist sister, couldn’t compare to what Buika had unleashed), it sort of felt that way. Valdés followed Buika’s spot with a standard blues-performed in a trio setting-that drifted from pastoral to hard and back again, and, after “Obatala,” the song featuring his sister, closed out the set with “Chorriño,” during which Valdés teased at atonality but never quite went over the edge. Buika’s return for the first encore, “El Andariego,” from her album with Valdés, saw the singer shimmying, shaking and otherwise happily forgoing decorum, and Valdés closed it out solo with a stunningly played medley of Gershwin compositions that was perhaps the night’s purest example of traditional jazz.

Chucho Valdés is emblematic of the evolution of Afro-Cuban jazz during recent decades, and is still at the top of his game. His Carnegie Hall date with his almost-too-tight band was accessible but never diluted, low-key but exciting nonetheless. And although she appeared for only a few songs, special guest dynamo Buika elevated the program to another level all together.

Among the many physical, spiritual, and institutional losses related to the still-ongoing pandemic is that of Los Angeles’ renowned Playboy Jazz Festival (PJF) at the … END_OF_DOCUMENT_TOKEN_TO_BE_REPLACED

It’s difficult to imagine what the stage and the audience would have looked like at Gaillard Center in Charleston, South Carolina, if Rhiannon Giddens’ new … END_OF_DOCUMENT_TOKEN_TO_BE_REPLACED

“It’s time to imagine a place where we can come together,” Danilo Pérez said from the hallowed stage of Washington, D.C.’s historic Sixth & I … END_OF_DOCUMENT_TOKEN_TO_BE_REPLACED

At the Zeiders American Dream Theater in Virginia Beach, Va., between April 8 and 10, the Vocal Jazz Summit convened in person for the first … END_OF_DOCUMENT_TOKEN_TO_BE_REPLACED