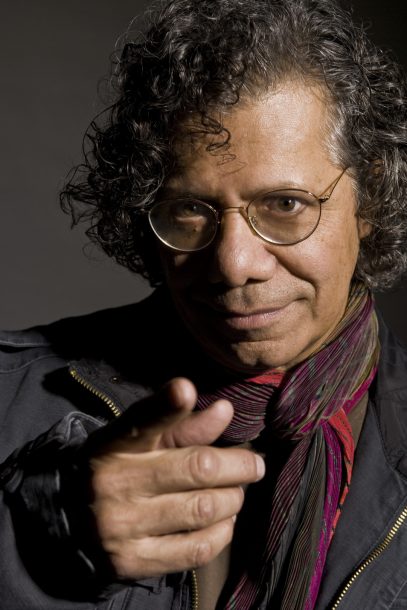 Many jazz musicians work constantly, but few do it on Chick Corea’s scale. At 69, the keyboardist has a knack for organizing tours that feel like major events. In recent years he’s made jazz headlines by successfully mining the past: In 2008 there was the Return to Forever reunion, which employed nostalgia in the best way, with well-rehearsed precision and big-time venues that justified all the fanfare. That same year saw the introduction of the Five Peace Band, a heavy-hitting quintet Corea co-led with guitarist John McLaughlin, and one that matched the bombast of ’70s jazz-rock with more modern streaks from contemporary postbop.

Corea’s most recent all-star venture, currently on tour in Europe, is called the Freedom Band, and that name has more to do with the casual nature of the enterprise than the extremes in form or volume it might imply. A recent hour-long show at a picturesque outdoor amphitheatre in Northern Virginia felt more like a club set than a concert. With Corea, bassist Christian McBride, alto saxophonist Kenny Garrett and drummer Roy Haynes, this sort of nonchalance is a welcome thing (even if the brevity of the performance was not).

The shared experience here crisscrosses in all sorts of ensembles, some very recent. (Garrett and McBride appeared with Corea in the Five Peace Band.) But the full group chemistry has its origins in Remembering Bud Powell (Stretch), a 1997 tribute project that found the Freedom Band personnel, plus saxophonist Joshua Redman and trumpeter Wallace Roney, interpreting Powell’s undervalued repertory. In some shallow sense, this gig picked up where that disc left off: This was, with acoustic instruments, rounds of solos and Haynes’ indelible brand of swing, an unadulterated jazz band. But what made it feel less like a festival one-off and more like the working group it is had to do with the sharp set list. There was Corea’s jaunty “Bud Powell,” the evening’s sole tune from that aforementioned homage, its snaking lines vividly conjuring up 52nd Street. At the set’s midpoint was a second nod to a game-changing pianist, “Monk’s Dream,” and Thelonious’ composition was thoroughly enhanced by Corea’s remarkably agile touch. An obligatory ballad, “We’ll Be Together Again,” and two Corea originals filled out the evening: “Psalm,” with a solo introduction that gave way to knotty themes and loping swing, and the wavelike closer, “Steps,” which Corea recorded with Haynes on 1968’s trio classic Now He Sings, Now He Sobs.

Save for a kink or two-e.g., Garrett’s early entry on “Psalm”-the performances were sterling. The saxophonist redeemed himself later in that tune with an extended solo wherein a single motif was recycled into a sublime wail; on “We’ll Be Together Again” he pulled back and rendered the melody sweet and lithe. Haynes was, again, swing incarnate, dropping bombs throughout and burning on “Steps” before taking a solo that no 85-year-old should be capable of. And Christian McBride has a way of anchoring the proceedings with his hearty tone and stalwart facility while at the same time deferring to the history onstage. (In other words, he oozes respect without genuflecting.) Upright bass solos are often accused of deflating spirited performances, but McBride’s have the opposite effect. On “Psalm,” his soloing was melodic but also virtuosic, with breakneck runs that evoked the great electric bass soloists. Corea’s playing boasted a similar absolute: world-class technique employed with the best intentions.

Less impressive was the audience, which, while large and attentive at the show’s beginning, began exiting in droves after the second tune. Sure, it was nearing 11 o’clock on a weeknight and there had been a good deal of whirlwind acoustic music already: The opening ensemble on this bill, the trio of Béla Fleck, tabla player Zakir Hussain and bassist Edgar Meyer, exercised a seamless sort of interplay indicative of a great contemporary jazz piano trio. But this exodus was embarrassing-the kind of thing generally seen with avant-garde acts at festivals or subscriber-based concert halls. The Chick Corea Freedom Band appears in a few weeks at the CareFusion Jazz Festival Newport, where it will hopefully find the respect it deserves.

“It’s time to imagine a place where we can come together,” Danilo Pérez said from the hallowed stage of Washington, D.C.’s historic Sixth & I … END_OF_DOCUMENT_TOKEN_TO_BE_REPLACED

At the Zeiders American Dream Theater in Virginia Beach, Va., between April 8 and 10, the Vocal Jazz Summit convened in person for the first … END_OF_DOCUMENT_TOKEN_TO_BE_REPLACED

The Big Ears Festival returned to Knoxville in a big way in late March, drawing an estimated 30,000 music enthusiasts from across the U.S. and … END_OF_DOCUMENT_TOKEN_TO_BE_REPLACED

Let’s get this out of the way: The Savannah Music Festival is not a jazz festival. Held over the course of 17 days in late … END_OF_DOCUMENT_TOKEN_TO_BE_REPLACED