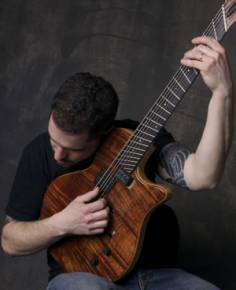 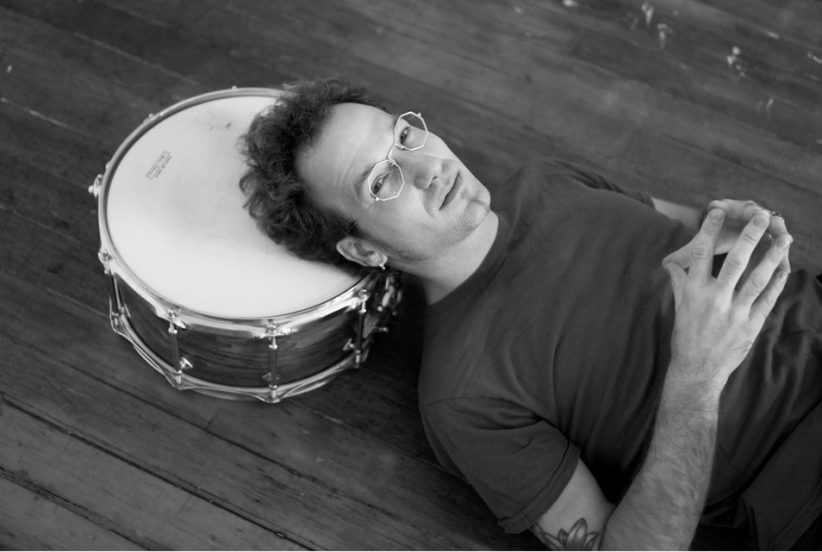 Old pals Charlie Hunter and Scott Amendola were having a blast. They joked and grinned, hooted and hollered, and punctuated meaningful moments with goofy handshakes. They ribbed each other in good-natured fashion, like two brothers playing a game of “HORSE” on the basketball court.

They also, of course, played some tunes, most of which were pretty new to the seven-string guitarist and drummer. Especially the guitarist.

“We are going to be doing all kinds of songs that I don’t know real well tonight,” Hunter owned up to the crowd at the Gesu Center on Thursday (July 4) at the Montreal International Jazz Festival.

Drummer Amendola was further along on the learning curve. Of course, Amendola had an unfair advantage: He wrote the majority of the tunes on the set list. Yet Hunter did an admirable job keeping up and, at times, even pushing the pace with his hybrid guitar/bass wizardry.

The two San Francisco-reared musicians, who have collaborated together on numerous projects, were using the high-profile festival gig as a testing ground for new material. They then plan to hit the studio and record these songs later this month.

Hunter was a dynamo on the frets, covering a continent’s worth of musical styles during the 90-minute main set. He rocked and rolled, caressed the blues with a slow hand and jazzed it up in both traditional and avant-garde fashions. He even left his comfort zone-which he explained to the crowd can be found from 70 to 100 bpm on the metronome-and blew through some hurricane-like runs. Those severely uptempo numbers left the guitarist a bit winded. “I’m just glad we’ve played both of our fast ones,” Hunter said as the second run of NASCAR-worthy notes had come to an end.

Amendola, who had no problem working in overdrive, just smiled and asked his buddy, “What are we playing [now]?”

The music grew even more playful and joyous as the concert approached the finish line. Hunter flavored the tunes with a variety of familiar riffs, quoting from the Association’s “Windy,” Suzanne Vega’s “Tom’s Diner” and other pop/rock hits.

Having devoted the majority of the evening to brand new material, the duo reached back through the decades and closed the main set with a fantastic run through the Bessie Smith favorite “You’ve Been a Good Ole Wagon.”

Among the many physical, spiritual, and institutional losses related to the still-ongoing pandemic is that of Los Angeles’ renowned Playboy Jazz Festival (PJF) at the … END_OF_DOCUMENT_TOKEN_TO_BE_REPLACED

It’s difficult to imagine what the stage and the audience would have looked like at Gaillard Center in Charleston, South Carolina, if Rhiannon Giddens’ new … END_OF_DOCUMENT_TOKEN_TO_BE_REPLACED

“It’s time to imagine a place where we can come together,” Danilo Pérez said from the hallowed stage of Washington, D.C.’s historic Sixth & I … END_OF_DOCUMENT_TOKEN_TO_BE_REPLACED

At the Zeiders American Dream Theater in Virginia Beach, Va., between April 8 and 10, the Vocal Jazz Summit convened in person for the first … END_OF_DOCUMENT_TOKEN_TO_BE_REPLACED