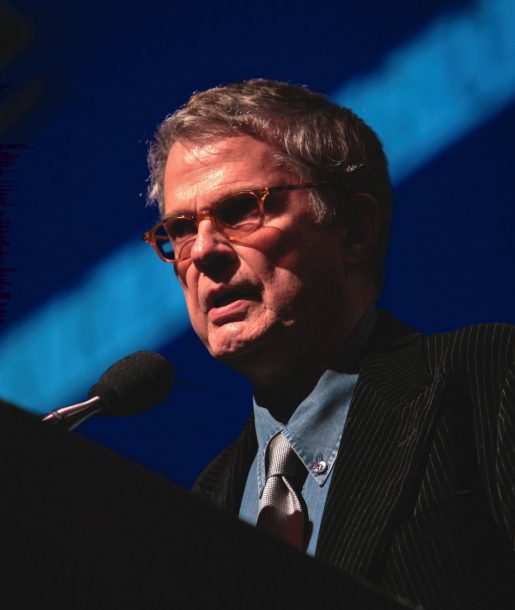 Through bassist Charlie Haden’s long and illustrious career, concepts such as “freedom” and “liberation” seem to turn up repeatedly. His role in the evolution of free jazz with Ornette Coleman’s quartet has been well documented, and his own recordings with the Liberation Music Orchestra obviously extend the theme. In this regard, it is interesting now to consider his latest project, Nocturne (Verve), a collaboration with pianist Gonzalo Rubalcaba that focuses on the Cuban bolero tradition: balladlike structures that build enormous drama through their reliance on a very strict rhythmic structure. Unlike Ravel’s famous interpretation, these boleros eschew even the martial crack of sticks on snare, asking drummer Ignacio Berroa to build with whispering brushes a foundation for performances of great elegance and emotion.

Berroa’s partners at Yoshi’s included Haden and Rubalcaba, of course, along with David Sanchez on tenor sax and Federic Britos Ruiz on violin. In timbre and temperament, their approach recalled that of the Modern Jazz Quartet as well as the marvelous tango ensembles of Astor Piazzolla; in listening to two virtually identical sets, one can appreciate the nuances of performance that give each its aesthetic DNA, along with the deep respect among the players for the compositions and arrangements that give them such settings for their work. Boldness and delicacy, bravado and tenderness, quiet ebullience and committed restraint: these tensions of the bolero were exquisitely drawn out in these performances, leaving a warm hush when the applause at last dies down.

The sets began with “En la Orilla del Mundo,” in a deft arrangement for the full quintet that makes telling points as to the nature of this music: Rubalcaba’s solo introduction hands off to the violin, Ruiz in turn passing the delicate theme on to the saxophone, building as it moves in both fluidity and strength. Rubalcaba’s solos, here and throughout the evening, clung to the fundamentals of each composition like grapes to the arbor; his melodies tended to ornament their subject themes, over supporting harmonies from a watercolor palette.

Highlights delighted the ear at every turn, it seemed. “Noche de Ronda” featured Ruiz and a casual display of his facility with harmonics. The rhythm section held forth on “Nocturnal,” with Haden’s bass tracing straight descending figures to contrast with the subtly sprung step of the bolero, adding a lovely solo figure to conclude the piece. Haden’s “Moonlight” gave Sanchez a bit of room to show his stuff, like Rubalcaba drawing power from the rhythmic framework of the piece, with the pianist’s vamping on the cadence adding a bit of habanero fire. The second set’s reading of “El Ciego (The Blind),” included one of those small gestures that truly captures the Muse: in wrapping up the performance, Rubalcaba tossed off a small gliss of transcendently expressive elegance. Sanchez had his biggest innings on “Trés Palabras,” dragging triplets over prevailing time before doubling up, then recalling Eddie Harris with a bit of sly funk.

The performances and the CD now in release may hold less improvisation than any other project Charlie Haden has put his name to. They represent a musical passion shared with Rubalcaba, and the friendship that has grown between the two over the past 15 years. In their unabashed romanticism, they declare their kinship to the bossa nova, the bolero’s close musical cousin. Such relationships and significance aside, however, the audience at Yoshi’s responded so warmly to a masterful recital of absorbing, beautiful, quietly powerful music.

“It’s time to imagine a place where we can come together,” Danilo Pérez said from the hallowed stage of Washington, D.C.’s historic Sixth & I … END_OF_DOCUMENT_TOKEN_TO_BE_REPLACED

At the Zeiders American Dream Theater in Virginia Beach, Va., between April 8 and 10, the Vocal Jazz Summit convened in person for the first … END_OF_DOCUMENT_TOKEN_TO_BE_REPLACED

The Big Ears Festival returned to Knoxville in a big way in late March, drawing an estimated 30,000 music enthusiasts from across the U.S. and … END_OF_DOCUMENT_TOKEN_TO_BE_REPLACED

Let’s get this out of the way: The Savannah Music Festival is not a jazz festival. Held over the course of 17 days in late … END_OF_DOCUMENT_TOKEN_TO_BE_REPLACED