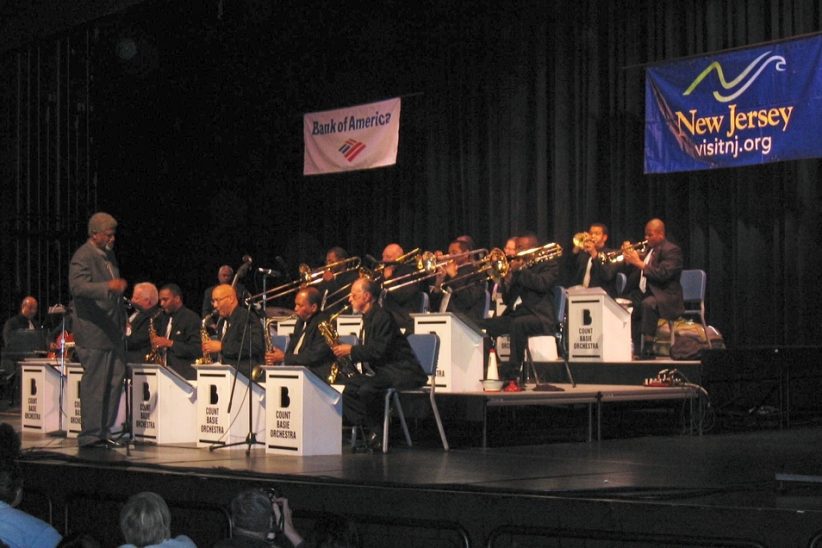 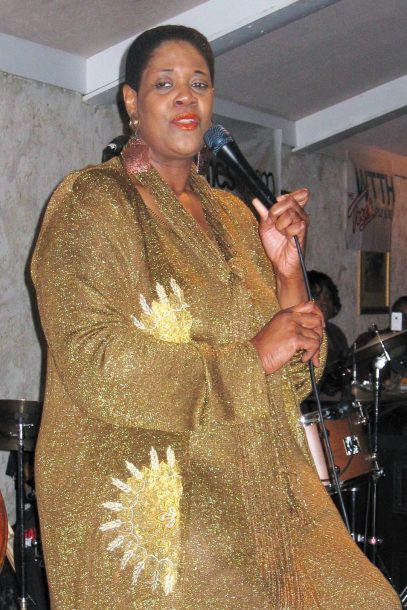 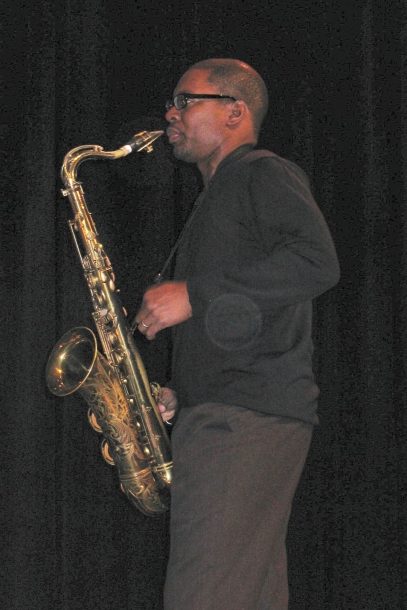 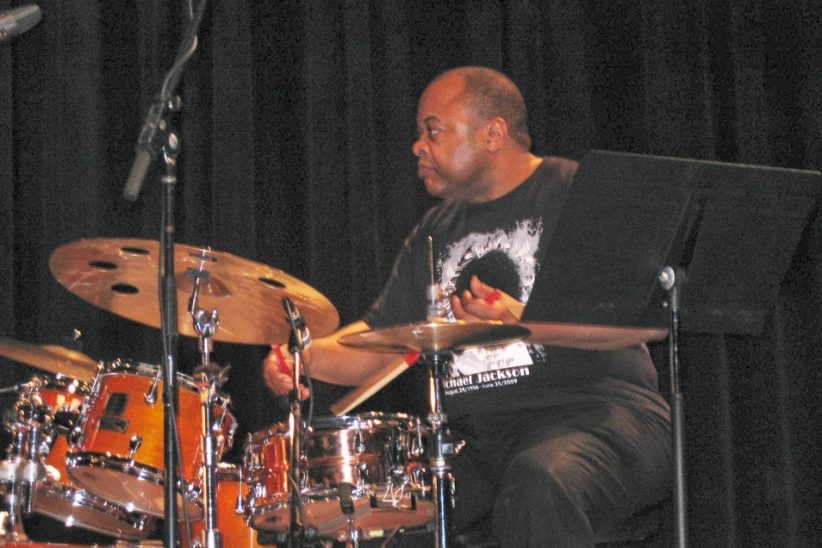 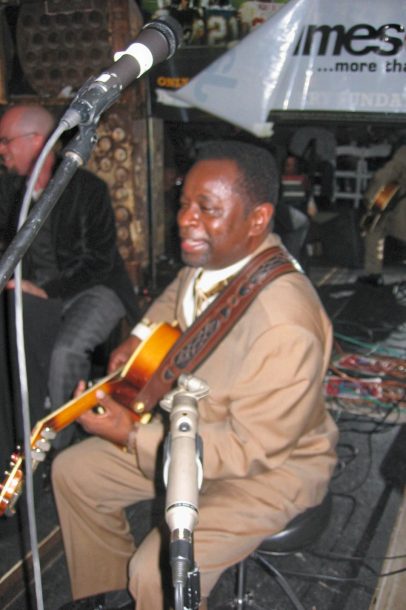 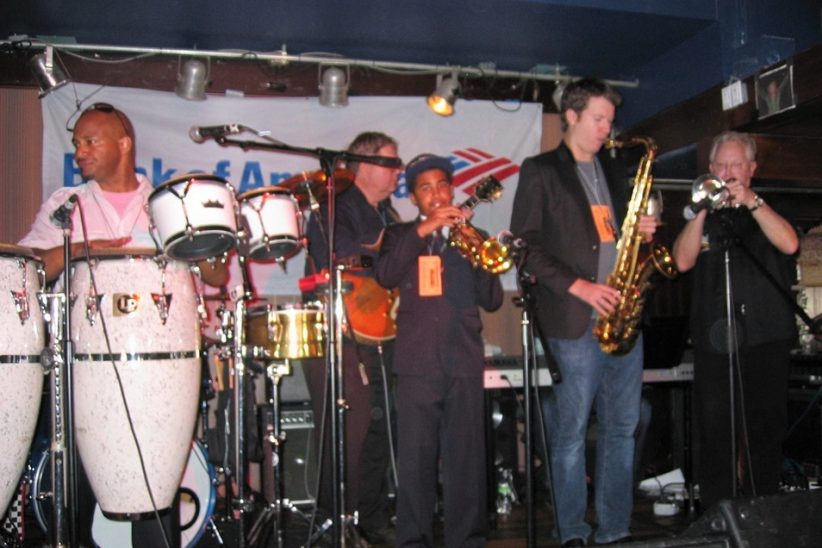 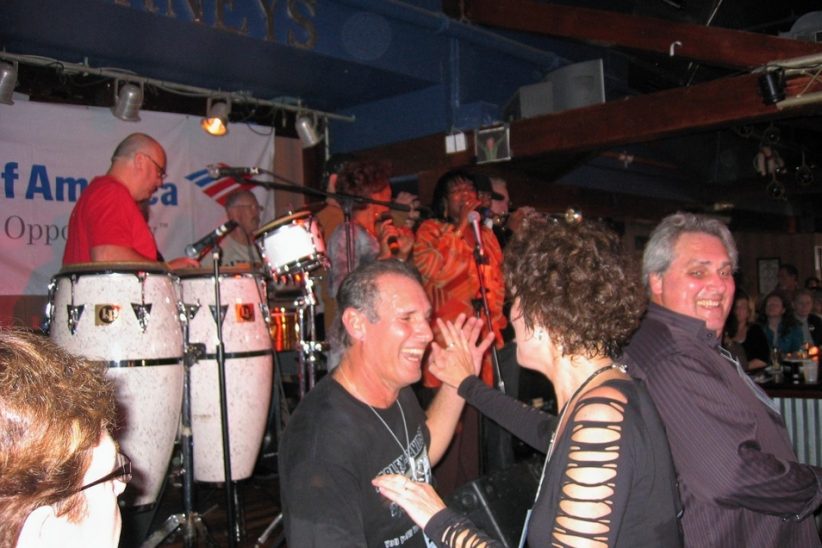 Cape May is at once the likeliest and unlikeliest site for a jazz festival in November. Likeliest because it’s nearly equidistant from four major mid-Atlantic cities-New York, Philadelphia, Baltimore and Washington DC. Unlikeliest because it’s offseason in this quaint and small Jersey seashore town that at first glance seems a New England fishing village, albeit with Philadelphia sports merchandise on sale everywhere. Charming and romantic Victorian bed and breakfast hotels give the town an old-world flavor that is unlike any other town along the Jersey Shore. But as soon as guests start arriving from all over the Mid-Atlantic region, Cape May becomes a very different place, in which the sounds and sights of live jazz, not seashells or sporting goods, comprise the prevailing culture.

The festival, superbly organized by the dynamo duo of Carol Stone and Woody Woodland, has all sorts of unique wrinkles. Unlike most festivals that take place once annually, Cape May Jazz is held twice a year, in the fall and spring. Being held offseason enables the Festival and its attendees to nearly take over the town, turning the sleepy beach town into a veritable jazz village twice a year. Because most of the venues are clubs around the town, with the exception of a theater inside a local high school a few miles out, jazz fans can either walk (or crawl) from venue to venue or take a shuttle that makes the rounds of downtown clubs.. The audience for the festival is generally older, but not geriatric, with a range of ages starting upward from milddle-aged baby boomers. But don’t get the wrong impression. This is in fact a very active and communal bunch. Many of the attendees are veterans of the festival and seem to have as much fun with each other as with the music. The result is a festival that feels like a continuous party or reunion. For these dedicated and passionate jazz listeners, the music is the glue that binds them together. Generally, the audience seems to enjoy the more straight-ahead acts, and Stone programs the festival accordingly, adding in a dollop of blues here and there. For example, the Fall event I attended included sets from Chester “Memphis Gold” Chandler and the Spring event will include sassy blues singer Shemekia Copeland.

The 2009 fall edition of Cape May Jazz kicked off with a roaring concert by the Count Basie Orchestra, led by Bill Hughes. The ghost band showed plenty of life in arrangements old and new of the Basie songbook. Particularly outstanding soloists included Doug Lawrence on saxophone (notably on Frank Foster’s arrangement of “Hoy Jim”) and Scotty Barnhart on trumpet (on “Little Darlin'” and with mute on “Blues in Horn Flat”). The ensemble even paid tribute to the Ellington Orchestra with a Basie-esque arrangement of “In a Mellow Tone.” Tony Suggs did a fine job filling the shoes of the Count on piano, while the rhythm section of Will Mathews on guitar, James Leary on bass and Marion Felder on drums anchored the whole enterprise to the unique rhythms of one of America’s great jazz dance bands.

After the Basie concert held at that theater on the outskirts of town, the crowd rushed back to fill the downtown venues, where artists such as organist Radam Schwartz and saxophonist Richie Cole held forth in club setting. Indeed on Friday night, Schwartz and Cole performed in adjacent venues, so that if you stood in the right place in one club, you’d hear the band from the other club. This is no complaint, as the music was so complementary that the effect was like one imagined it must have been like on 52nd Street in the ’50s. Cole, who is a New Jersey native, showed his roots with a comical and entertaining bop version of “Do You Know the Way to Cape May” in which a succession of Jersey beach towns are plugged amidst the corniest of lyrics. Cole has a warm and bright sound in keeping with his ebullient personality, but he showed a more reflective side in an emotional tribute to his friend and former pianist Brian Trainor who died a few years ago. Cole told the audience how Trainor and he shared a unique personal and musical bond and then proceeded to play an evocative solo version of “Body and Soul” on his alto as he strolled through the club. It was one of those uniquely powerful moments that can’t be rehearsed and can’t easily be described, but can stick in your mind for a long time. How many performances can you say that about? Meanwhile on the other side of the building Schwartz was kicking butt on his B-3, assisted by a young horn section that expanded the traditional organ trio sound to something both jazzy and funky.

Stone and Woodland also take pains to present various clinics, workshops and performances geared to young audiences during the day, in an effort to pass the music forward to a new generation. The influx of young people at the venues is a reflection of this effort. Many were in attendance at the performance by Ravi Coltrane on Saturday night at the theater. Doubling on soprano and tenor saxophone, Coltrane performed with a virtual all-star group of Geri Allen on piano, Jeff Tain Watts on drums and Massimo Biocati on bass. Coltrane plays with a maturity and virtuosity that is more and more impressive every year. As with many offspring of highly adventurous music (e.g. Joshua & Dewey Redman, Bob & Jakob Dylan), the younger Coltrane plays with more restraint than his celebrated father and as a result is a more accessible performer. Knowing that he would be accompanied by the mighty and powerful Watts on drums (who with Branford Marsalis or the late Michael Brecker could bash his way like Elvin Jones with the senior Coltrane circa 1965) as well as the intense and cerebral Allen on piano, I wondered if the theater walls would shake and dentures would rattle, including a few crowns of mine. And this heretofore mainstream would wonder whether they had been transported back to a downtown Soho loft in the ’70s. But Allen and Watts were wholly simpatico with Coltrane’s lead and the result was modernistic yet melodic post-bop. Given both Allen’s and Watts’ longtime experiences as leaders and sidemen, it shouldn’t have been a surprise that they locked into Coltrane’s band sound on tunes like Monk’s “Epistrophy” and a creative variation of “Giant Steps.” The audience fully appreciated the more exploratory tunes as well as the in-the-pocket material. As Watts’ former bandleader Wynton Marsalis would say, these guys can play.

Meanwhile, back at the host hotel-The Inn at Cape May-Houston Person had a dinner club crowd wrapped around his finger, or better said, his horn. When it comes to delivering what the Cape May Jazz audience hungers for, Person is the festival’s Top Chef. With melodic and soulful renditions of songs that nearly everyone knows or loves like “Don’t Get Around Much Any More” and “Sunny,” tenorist Person and his band keep the heads bobbing and the feet tapping, all the while ripping through changes in crowd-pleasing fashion. As one woman exited at the end of the first set, I overheard her say to her friend, “That was sweet.” Well put.

There was much more music at the festival, but this middle-aged listener lacked the vim and vigor of his fellow festival-goers, many of whom took pride in seeing EVERY artist who performed at the festival. I don’t know where they get their energy. Oh yea, the music.

The Spring edition of the Cape May Jazz Festival takes place April 16-18, 2010. Among the talent already booked are Spyro Gyra and Shemekai Copeland. For more information about the event, go to the festival’s web site. Special rates are available at those charming local hotels and bed and breakfast inns.

“It’s time to imagine a place where we can come together,” Danilo Pérez said from the hallowed stage of Washington, D.C.’s historic Sixth & I … END_OF_DOCUMENT_TOKEN_TO_BE_REPLACED

At the Zeiders American Dream Theater in Virginia Beach, Va., between April 8 and 10, the Vocal Jazz Summit convened in person for the first … END_OF_DOCUMENT_TOKEN_TO_BE_REPLACED

The Big Ears Festival returned to Knoxville in a big way in late March, drawing an estimated 30,000 music enthusiasts from across the U.S. and … END_OF_DOCUMENT_TOKEN_TO_BE_REPLACED

Let’s get this out of the way: The Savannah Music Festival is not a jazz festival. Held over the course of 17 days in late … END_OF_DOCUMENT_TOKEN_TO_BE_REPLACED