Skip to content
Become a member and get exclusive access to articles, live sessions and more!
Start Your Free Trial
Home > Reviews > Big-Band Bash at the Hollywood Bowl 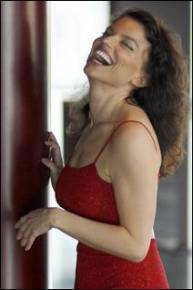 When it comes to the handful of jazz concerts folded into the Hollywood Bowl’s summer season, themes are usually the name of the game. In 2009, Latin and Brazilian jazz filled the air one night, smooth jazz another, and, on a warm August Wednesday night, the pendulum turned to big-band jazz. It’s a medium familiar in this “room” (17,000 capacity), following a few blissfully fertile summers when the Clayton-Hamilton Jazz Orchestra was the Hollywood Bowl’s in-house jazz ensemble, under the employ of the Bowl-hosting and programming Los Angeles Philharmonic.

For this evening, though, the big band subject was presented in a diversified, three-views-of-a-medium context. In the headliner slot was the Dizzy Gillespie All-Star Big Band, with still-vibrant vets James Moody and Jimmy Heath sounding hale and musical, and with mid-career trumpeter Roy Hargrove-whose own big band was also on the bill-subbing as director for the absent Slide Hampton.

Opening the show, and representing the sturdy Los Angeles big-band contingent, was Gordon Goodwin’s Big Phat Band. Goodwin’s bright, punchy and slick group taps into L.A.’s healthy population of accomplished players, who tend to work the studios by day and eagerly take on intricate big-band charts in groups like Goodwin’s.

As strong and taut as this band is, Goodwin’s Bowl program took some strange and distracting turns, with dubious arrangements of Herbie Hancock’s “Watermelon Man” and a jazz-tilted redecoration of Gershwin’s “Rhapsody in Blue” (heard recently in its orchestral form at the Bowl, with Herbie Hancock and classical wunderkind Lang Lang at the pianos). The oddest twist, or novelty, of the night came with the introduction of a ghost soloist, being Art Tatum, whose version of “Yesterdays” was digitized and played on an unmanned Yamaha Disklavier-equipped grand piano. Goodwin built his snug chart around Tatum’s treatment, in a posthumous arrangement. What might have seemed like a clever gimmick felt a bit morbid, not to mention antithetical to the live, in-the-moment spirit of jazz. What would Art say?

Hargrove’s band, in contrast to the Goodwin outfit, abides by a looser vibe, both in execution and structure. The group often keeps to an elastic, modal-vamp format for solos, punctuated and dictated by Hargrove’s guiding hand. As for Hargrove’s horn playing, he kept his own solos surprisingly out of the spotlight, instead showcasing the fine players in his ensemble, including the trumpet section (Frank Greene, Greg Gisbert, Tanya Darby and Darren Barrett). Hargrove did play a lustrous flugelhorn solo, in and around vocalist Roberta Gambarini’s version of “Ev’ry Time We Say Goodbye,” before the set veered in Cuban and funk-lined directions-other stylistic inclinations in Hargrove’s quiver, here brought to the large palette of a big band.

The new, revived Gillespie band-with a recent album out on Half Note-mixes a handful of alumni with other sharp players, with executive director John Lee at the center on bass (a bass guitar, which sounds out of character in this format, and was jacked up too high in the Bowl mix). The Hollywood Bowl dipped into the book of Gillespie classics (“I’m Beboppin’ Too”), though there seemed a distinct dearth of Dizzy-ness in the chart department. Kenny Dorham’s “Una Mas” was highlighted by a short, sparkling solo by drummer Willie Jones III, a proud product of Los Angeles. Also in the song mix were Hampton’s chart on Monk’s “‘Round Midnight” and a rather anti-climactic closer of Ellington’s “In a Mellow Tone” (with a wild, anti-mellow solo by pianist Cyrus Chestnut). Other standout solos came from trumpeter Claudio Roditi and alto saxist Antonio Hart.

In the final rub, the musician who may have come off the best in this generally enjoyable but also uneven evening was Roberta Gambarini, the Italian sensation whose Ella-esque bravura and polish translates beautifully to a big-band setting. She scats with a fluidity and fearlessness rare on the current scene, and in a back-and-forth scatting dialogue with Moody and Hargrove, the instrumentalists were gruffly charming but out of their league. She and Hargrove were mediating, returning forces and faces, helping to smooth out the proceedings.

“It’s time to imagine a place where we can come together,” Danilo Pérez said from the hallowed stage of Washington, D.C.’s historic Sixth & I … END_OF_DOCUMENT_TOKEN_TO_BE_REPLACED

At the Zeiders American Dream Theater in Virginia Beach, Va., between April 8 and 10, the Vocal Jazz Summit convened in person for the first … END_OF_DOCUMENT_TOKEN_TO_BE_REPLACED

The Big Ears Festival returned to Knoxville in a big way in late March, drawing an estimated 30,000 music enthusiasts from across the U.S. and … END_OF_DOCUMENT_TOKEN_TO_BE_REPLACED

Let’s get this out of the way: The Savannah Music Festival is not a jazz festival. Held over the course of 17 days in late … END_OF_DOCUMENT_TOKEN_TO_BE_REPLACED