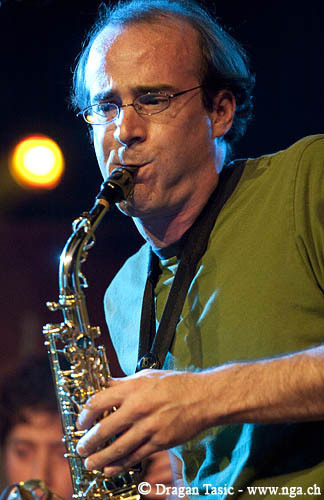 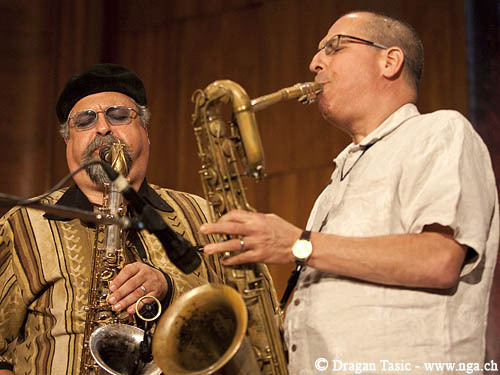 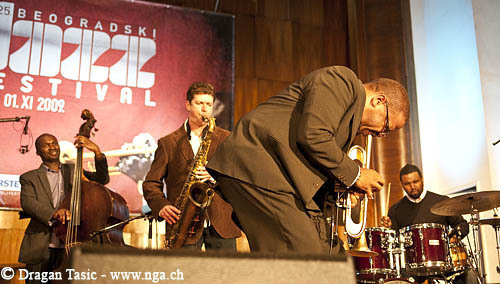 That there is such a thing as a Belgrade Jazz Festival will come as a surprise to many American jazz fans. The last time most Americans thought about Belgrade was when we were bombing it, or more precisely, when NATO was bombing it, in 1999. There has been a decade of 24-hour news cycles since the wars in the former Yugoslavia, with their mind-numbing succession of horrors, dominated the CNN broadcast day. But the Belgrade Jazz Festival celebrated its 25th anniversary in 2009, with major players from the NATO countries, most prominently the United States. When Joe Lovano took the microphone on the third night and looked out at the 850 Serbs crammed into Kolarac, he exclaimed, “Belgrade. Wow. Belgrade!” It was as if he could not quite believe where he was. (Kolarac, an acoustically exquisite concert space, has been called “the Carnegie Hall of the Balkans.”)

Duke, Dizzy, Miles, Ornette, Thelonious, Cannonball, Dexter, Sarah and Carmen have played the Belgrade festival. More recently, Dave Holland, Brad Mehldau, Dave Douglas, Bobo Stenson and the Bad Plus have appeared. But it took the festival 38 years to achieve a 25th anniversary. War and its aftermath caused a hiatus between 1991 and 2004.

For JazzTimes’ (and this writer’s) first time back to physical, face-front-to-the-stage live performance in more than a year, one thing was certain: It was spooky. … END_OF_DOCUMENT_TOKEN_TO_BE_REPLACED

On January 10, 2010, an earthquake measuring 7.0 on the Richter scale struck Haiti, destroying much of its capital city, Port-au-Prince. Ten years later, with two … END_OF_DOCUMENT_TOKEN_TO_BE_REPLACED

There’s no way to cover Winter Jazzfest in its entirety—11 days of performances, talks, and other events at 21 venues in two New York City … END_OF_DOCUMENT_TOKEN_TO_BE_REPLACED

The Polish city of Wrocław—population 640,000—doesn’t have a very robust jazz scene, but for 10 days this past November it was transformed into one of … END_OF_DOCUMENT_TOKEN_TO_BE_REPLACED