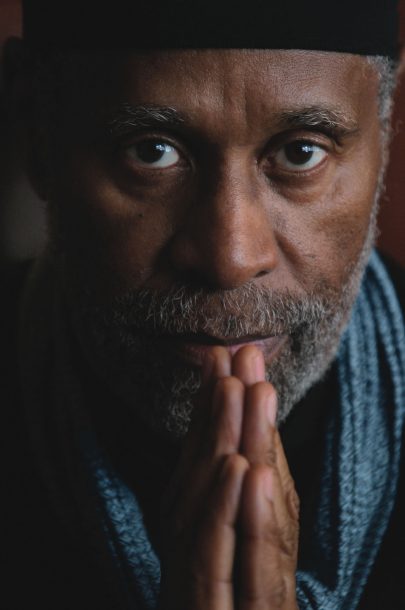 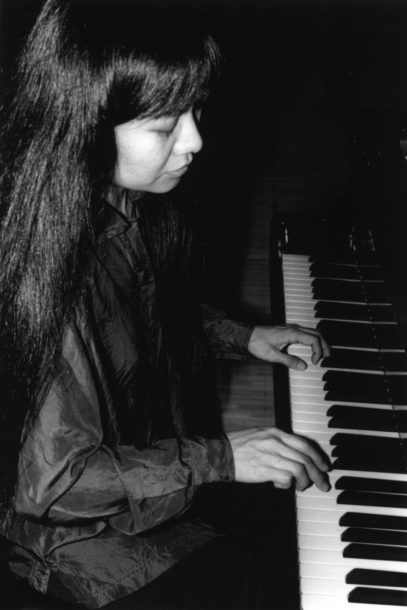 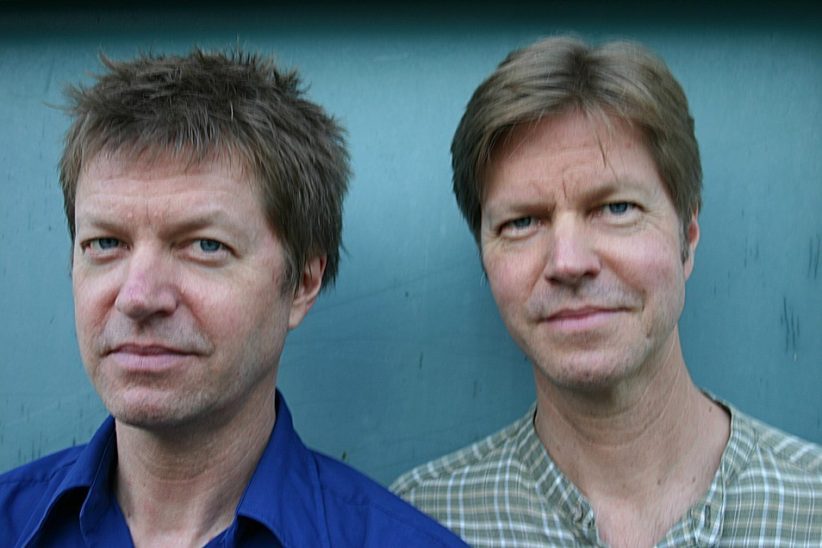 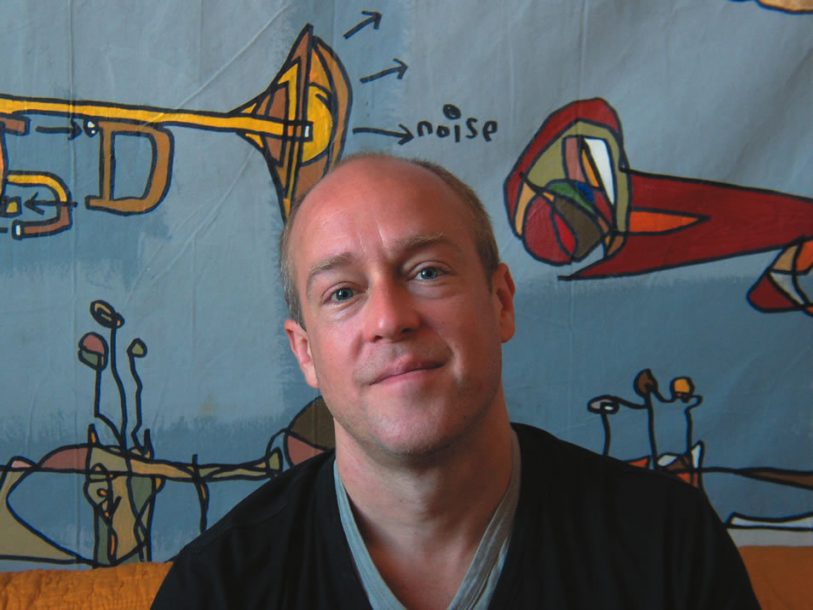 As a body of jazz lovers with decidedly left-leaning tastes soaked up the second-annual Angel City Jazz Festival, it was hard not to dwell on what this inspired new festival wasn’t, as well as what it was. Spread out over two long afternoon/evening sessions in the outdoor Ford Amphitheatre, one got a clear sense of delineation and contrast to the other long-standing jazz festival entity in Los Angeles, the wildly uneven Playboy Jazz Festival. That festival takes place each June, literally just across the 101 Freeway from the Ford, in the more expansive Hollywood Bowl.

Make no mistake, Angel City is tilling a fertile musical ground very much on the other side of the aesthetic perspective than the Playboy, and praises be to the Southern Californian jazz muse for that. This feisty and balanced new festival, started by former club owner Rocco Somazzi and now run with the help of L.A.-based Cryptogramophone Records founder and violinist Jeff Gauthier, offers a valuable forum for artists working in the creative and not necessarily commercial spectrum of jazz, from Southern California and far beyond.

In a real sense, the star of the 2009 show was Dave Douglas & Brass Ecstasy, one of the most intriguing projects of the jazz year and a striking nightcap on opening night. Paying tribute to Lester Bowie’s Brass Fantasy but taking it in his own direction, Douglas led his game brass mates-trombonist Luis Bonilla, French horn player Vincent Chancey, tuba player Marcus Rojas and drummer Nasheet Waits-through a set including songs by Hank Williams and Otis Redding and tributes to Enrico Rava and Fats Navarro, all assembled with a supple sense of invention and respect.

Sunday’s program opened up with another tastefully oblique tribute-based project, Plays Monk, in which clarinetist Ben Goldberg, bassist Devin Hoff and drummer Scott Amendola explored lesser-traveled Monk (i.e. “Let’s Cool One” and “Skippy”) in a lesser-heard instrumental context. As if placed as a symmetry-making bookend, the festival’s closing set was another tribute project, Bennie Maupin & Dolphyana. A “local” musician for many years, reed player Maupin has been working with an intriguing group of Polish musicians recently, but at this festival the subject was Eric Dolphy, in a tribute group featuring the fine (and underrated) vibraphonist Jay Hoggard. Also in the group were bassist Darek Oles, drummer Billy Hart and flutist Nestor Torres. Before Maupin’s set, pianist Motoko Honda briefly improvised while butoh dancer Oguri beguiled, in the festival’s token nod to culture beyond music-for-music’s sake.

From Japan and NYC came the Satoko Fujii Four, in which the dynamic pianist-leader guided her charges-bassist Mark Dresser, drummer Jim Black and trumpeter Natsuki Tamura-through an hour-long suite, alternately free and structured. From the opposite end of the jazz-style spectrum, the festival’s greatest mainstream set came from Larry Goldings’ all-star organ trio with drummer Bill Stewart and guitarist Peter Bernstein. Disguised as a garden-variety variation on the organ-trio format, the players moved inside and out, attitude-wise, and made good music by any measure on such themes as Goldings’ “Asimov,” “I Should Care” and Sonny Rollins’ “Why Don’t I?,” in honor of Rollins’ 79th birthday that day.

Seattle’s Wayne Horvitz dropped down for a set with his chamber-esque, drummer-less Gravitas Quartet, a surprisingly new- and hip-sounding variation on the chamber-jazz notion. That group featured the nicely integrated forces of Horvitz on grand piano, trumpeter Ron Miles, Vancouver-based cellist Peggy Lee and bassoonist Sara Schoenbeck, a wonderful and flexible Los Angeleno musician who has been working her way into left-field jazz settings, including Anthony Braxton’s 12(+1)tet. Horvitz knows what he’s doing and where to take this unconventional quartet, whether through his own incisive compositions or re-workings of Elliott Smith.

Unfortunately, prior commitments kept me from catching two of the more promising L.A.-based acts in the festival line-up-Billy Childs’ Jazz-Chamber Ensemble and a solo piano set by one of the city’s more compelling (and, just recently, more exposed) pianists, Larry Karush. But Jesse Sharps’ The Gathering, featuring vocalist Dwight Trible, filled an important regional-historical niche by representing the ongoing legacy of the late Horace Tapscott, whose ’60s-spawned Pan African Peoples Arkestra continues on under Sharps’ guidance. The Gathering, like the Arkestra, stirs up Africa-inspired themes and spirits with mid-’60s-esque modal vamps and license to engage in exploratory soloing.

A certain family crest was in place this year, belonging to the longtime L.A.-jazz-scene-making Brothers Cline, being twin brothers Alex (drums) and Nels (guitar), the latter suddenly zooming up several cultural circles at once as the Wilco guitarist who nonetheless keeps up his rep as a progressive jazzer and noisemaker.

Alex’s six-piece Band of the Moment, opening the Monday afternoon session, proved keyed into the idea of the moment, and stretching said moment into electro-jazz voodoo passages. While Alex dedicated his music to Edward Vesala, prog-rocker Hugh Hopper and Joe Zawinul, all of whom passed away in recent years, a strong wind of mid-’70s Miles Davis also blew through the amphitheatre, especially as Alex offered the dub-mix gesture of cutting out abruptly, à la Miles’ “Rated X.”

When brother Nels brought out his pliable project called the Nels Cline Singers, we got another strong taste of the memory of Zawinul-one of the greatest jazz musicians ever to have called Los Angeles home. Zawinul’s “Boogie Woogie Waltz,” with brother Alex and drummer Black adding to the percussive welter, closed a dazzling set. Earlier, the “Singers” offered a rangy set including Ornette Coleman’s “Congeniality” and “Coming On” (dedicated to its composer, the great 75-year-old trumpeter Bobby Bradford, long one of L.A.’s most valuable and underrated players).

For this occasion, Nels invited a kindred spirit, guitarist Jeff Parker, to join the ranks, and the guitaristic pairing proved an inspired one. Along with an easy versatility moving between jazz, rock and free playing, a Chicago bond connects the guitarists, in that Parker is in the Windy City cult favorite Tortoise and Nels is now a proud Wilco company man.

Los Angeles has desperately needed a jazz festival to counteract the bad taste left by the Playboy party. Could the Angel City Jazz Festival be the one? Time and logistics will tell. As of festival number two, the pieces seem poetically and spiritually in place.

“It’s time to imagine a place where we can come together,” Danilo Pérez said from the hallowed stage of Washington, D.C.’s historic Sixth & I … END_OF_DOCUMENT_TOKEN_TO_BE_REPLACED

At the Zeiders American Dream Theater in Virginia Beach, Va., between April 8 and 10, the Vocal Jazz Summit convened in person for the first … END_OF_DOCUMENT_TOKEN_TO_BE_REPLACED

The Big Ears Festival returned to Knoxville in a big way in late March, drawing an estimated 30,000 music enthusiasts from across the U.S. and … END_OF_DOCUMENT_TOKEN_TO_BE_REPLACED

Let’s get this out of the way: The Savannah Music Festival is not a jazz festival. Held over the course of 17 days in late … END_OF_DOCUMENT_TOKEN_TO_BE_REPLACED