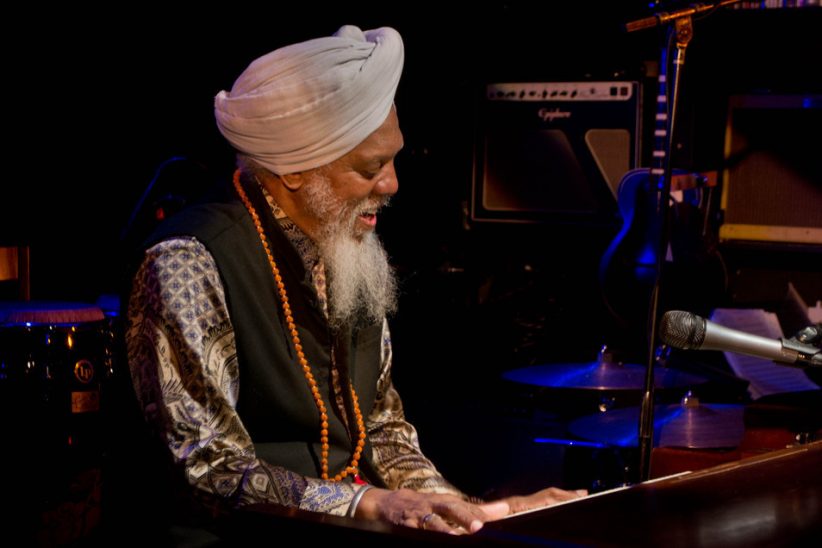 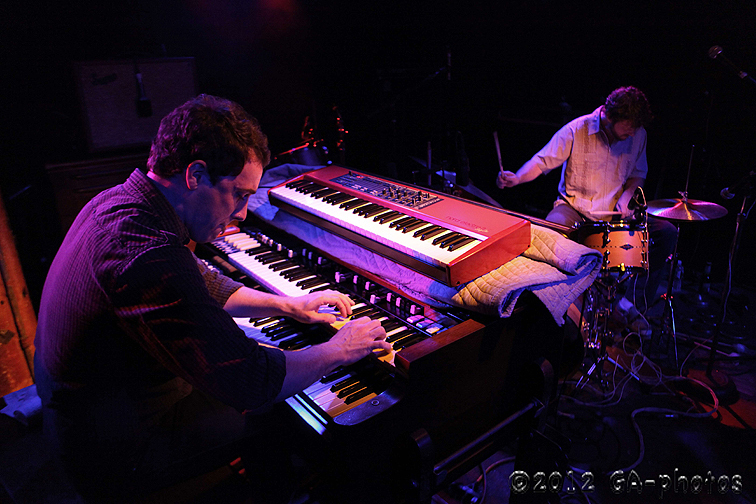 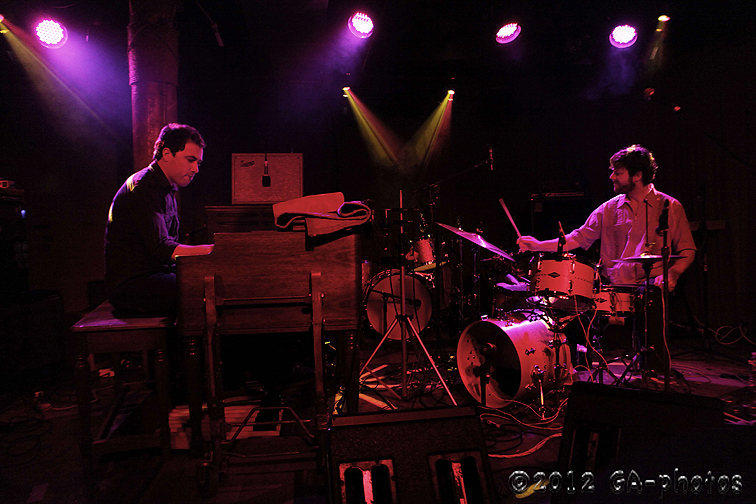 The last set of Dr. Lonnie Smith’s recent four-night stint at Jazz Standard began and ended with a glorious, funk-soaked bang. The organist, who was marking his 70th birthday at the club, bracketed his concert-length performance with “Who’s Afraid of Virginia Woolf?,” the final cut off his 1970 Blue Note LP Drives. The bluesy theme was equally stately and snappy, leaning more toward Booker T. and instrumental R&B than soul-jazz, and during the solos the rhythm section laid down the sort of skittering, headlong, James Brown-styled rhythms that in many ways invented hip-hop and DJ culture. As a soloist, Smith was his usual deliberate self: Evidence of more than a half-century of blowing, every one of his notes held its own indomitable weight (even when he was being funny, as during quotes from “On Broadway”). When he ran out of things to say, he sat back and let the breakbeats simmer underneath him, soaking it all in.

It was the sort of B3-focused grease that vinyl hoarders and other groove fetishists fawn over: a school that Smith helped create and continues to practice better than anyone. But much of the remainder of the set revealed Smith’s truer self-that of the jazz bandleader, often a daring and ambitious one. Historically, the Hammond B3 belongs to the trio-Smith has a great one of those, whose next record is due out in September-but he’s clearly unafraid of larger formats. In 2010, he anchored a 14-piece big band at the Standard; on this weekend, his group was dubbed the “In the Beginning” octet. There’s always been more to the turbaned one than small-combo boogaloo.

First of all, there was the issue of keeping good company. Smith’s mid-sized ensemble was filled out by serious improvisers who share his funky adaptability: saxophonists John Ellis, Ian Hendrickson-Smith and Jason Marshall, trumpeter Andy Gravish, guitarist Ed Cherry, drummer Allison Miller and percussionist Little Johnny Rivero. Then came the sinuous material: old original music in Smith’s repertoire, smartly arranged and balancing space and texture with blues and swing. 1967’s “In the Beginning,” with its synth strings and eerie descending motif doubled by Ellis (on bass clarinet) and Cherry, vividly summoned up midcentury space-age fantasies: the Twilight Zone, Flash Gordon, science-class filmstrip scores. With his expert volume swells and flickering Leslie vibrato, Smith conjured the vastness of the galaxy and then some. On “The Call of the Wild,” Smith upped the experimental ante on synth at the outset, creating a one-man free-improv unit with affected upright bass and muted trumpet tones; eventually relief came in the form of Latin propulsion, but the weirdness returned with some duck-call mouthpiece solos from the horns.

The rest of the set was less polarizing. There was the indelibly funky “Play It Back,” with tight pentatonic section riffing and pocket solos; “Turning Point” was venturesome postbop; Ellington’s “Just Squeeze Me (But Please Don’t Tease Me)” was a hushed trio ballad with masterfully nuanced, deep-blues work by Smith, Cherry and Miller. Another ensemble highlight: the rapport shared between Jason Marshall and John Ellis, who favored empathy and improvised counterpoint to honking and cutting. (Ellis’ solos, full of intervallic daring, were especially inventive.) And Miller and Rivero presented an ideal of percussive interaction; combining congas and drum kit can be precarious in the way of space, but not here.

The following Friday at Sullivan Hall in Manhattan, the duo of Medeski Martin & Wood drummer Billy Martin and B3 player Wil Blades relished the groove, unabashedly. They played from their new album, Shimmy (The Royal Potato Family), facing each other, and spent an hour trying to fill every available nook and cranny of rhythm.

With Martin, this was easy, or at least he made it look effortless. His highly textured touch, which is more singular than he’s given credit for, descends from Bob Moses and other globally minded drummers, but many would identify it as New Orleanian-it’s always swinging and underscored with the second-line, especially in the snare drum. (His ethnomusicologist’s bent also emerges in his use of percussion-like the clinic he gave here on how to make a tambourine sonically explode by playing it against a hot microphone.)

Blades, a student of Smith’s, took on the organist’s burden of doing everything at once with finesse. He worked the pedals; he offered taut, stabbing harmony; he put up strong, pop- and R&B-direct melodies on the B3 and electric keyboard. When he wanted to pile on the funk, he comped on that keyboard in a clavinet timbre.

The repertoire, as you might expect, referenced groove-jazz’s golden age, even as the pair worked on less-than-nostalgic terms. They played tunes like Eddie Harris’ “Mean Greens,” Blades’ clear-cut tribute “Les & Eddie” and Blades’ “32nd Street.” On the latter, the set closer, guest saxophonist Dayna Stephens helped make the homage even plainer, even if his execution injected a good amount of new-school precision into the bloozy bluster. If you favor the groove quotient of Medeski Martin & Wood to the trio’s experimentalism, the set was extremely satisfying.

Among the many physical, spiritual, and institutional losses related to the still-ongoing pandemic is that of Los Angeles’ renowned Playboy Jazz Festival (PJF) at the … END_OF_DOCUMENT_TOKEN_TO_BE_REPLACED

It’s difficult to imagine what the stage and the audience would have looked like at Gaillard Center in Charleston, South Carolina, if Rhiannon Giddens’ new … END_OF_DOCUMENT_TOKEN_TO_BE_REPLACED

“It’s time to imagine a place where we can come together,” Danilo Pérez said from the hallowed stage of Washington, D.C.’s historic Sixth & I … END_OF_DOCUMENT_TOKEN_TO_BE_REPLACED

At the Zeiders American Dream Theater in Virginia Beach, Va., between April 8 and 10, the Vocal Jazz Summit convened in person for the first … END_OF_DOCUMENT_TOKEN_TO_BE_REPLACED