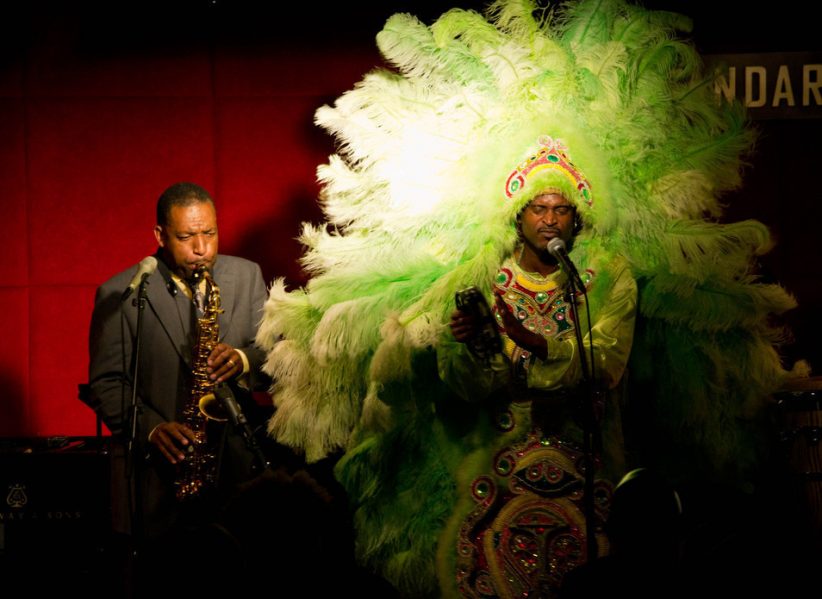 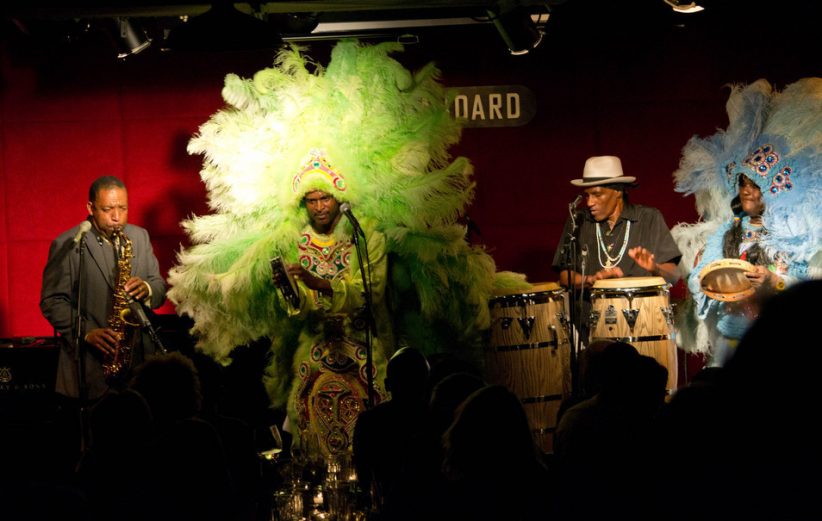 The Big Easy met the Big Apple when the Jazz Standard presented “A Night in Treme,” a concert featuring music from the popular HBO series Treme. The program is set in New Orleans in the months immediately following the devastation of Hurricane Katrina in 2005, and in addition to tightly written characters and engaging plot lines each episode is stuffed with the best music the city has to offer.

Led by alto saxophonist and vocalist Donald Harrison Jr., the Jazz Standard show, which ran for three nights, brought some of that music-specifically jazz and R&B-to the stage of the venerable New York club. The show started out in a pure bop mode, with Harrison, guitarist Detroit Brooks, pianist Zaccai Curtis, bassist Max Moran and drummer Joe Dyson honoring a musician not from New Orleans at all but from Kansas City. “One for Bird,” which Harrison noted appeared in Treme‘s pilot show, didn’t try to channel Charlie Parker but it certainly did nod to his style. Having established their chops, the basic quintet performed three further tunes, the most notable being “The Sandcastle Headhunter,” which Harrison explained was written in Morocco and was intended to pay homage to both Jimi Hendrix (who, Harrison erroneously claimed, wrote his song “Castles Made of Sand” there) and the Headhunters, the Herbie Hancock-founded fusion band.

The arrival of Cyril Neville on congas and vocals and Norwood Johnson on percussion and vocals shifted the mood and style in another direction entirely. A founding member of the legendary Neville Brothers, Cyril Neville is as New Orleans as it gets. “We’re just gonna have fun now!” Harrison proclaimed as the expanded band launched into one called “Soul to Soul,” and it was evident that they were doing just that, much to the approval of the packed house. Slipping into a party groove, Harrison led the scream- and clap-along number, tossing in Jr. Walker-style sax riffs that elevated the intensity level onstage considerably. Neville and Harrison alternated lead vocals on the NOLA standard “Iko Iko,” followed by a seriously funky rendition of another New Orleans standby, “Hey Pocky Way,” which morphed into a street march-style chant as the advertised Mardi Gras Indians, Shaka Zulu and Athanase Johnson, sauntered onstage in full regalia.

As anyone who has watched Treme knows, the Indians are crucial to the local culture, their finery not only admired by residents and tourists but the focus of fierce competitions that rival any beauty pageant. In person at the club, the Indians were dazzling. And when the show wrapped up with Neville dedicating the celebratory “Indians Got That Fiyo” to his uncle Big Chief Jolly, aka George Landry-himself a famous Mardi Gras Indian who had founded the great Wild Tchoupitoulas in the 1970s-all that is beautiful and special about New Orleans was evident somewhere below the sidewalks of New York City.

It was the warmest October on record in Seattle. Usually, when the Earshot Jazz Festival comes to town, it provides an escape from the autumn … END_OF_DOCUMENT_TOKEN_TO_BE_REPLACED

It was bracing to stroll into a brand-new creation for a story about destruction. Sixty years after its opening and 45 years after its last … END_OF_DOCUMENT_TOKEN_TO_BE_REPLACED

“You better start swimmin’ or you’ll sink like a stone,” Bob Dylan stated profoundly in 1963. Throughout its unrivaled 65-year history, the Monterey Jazz Festival … END_OF_DOCUMENT_TOKEN_TO_BE_REPLACED

For years, the Pittsburgh International Jazz Festival (PIJF) took place on the street. Over one weekend in June, Downtown thoroughfares Penn Avenue or Liberty Avenue … END_OF_DOCUMENT_TOKEN_TO_BE_REPLACED