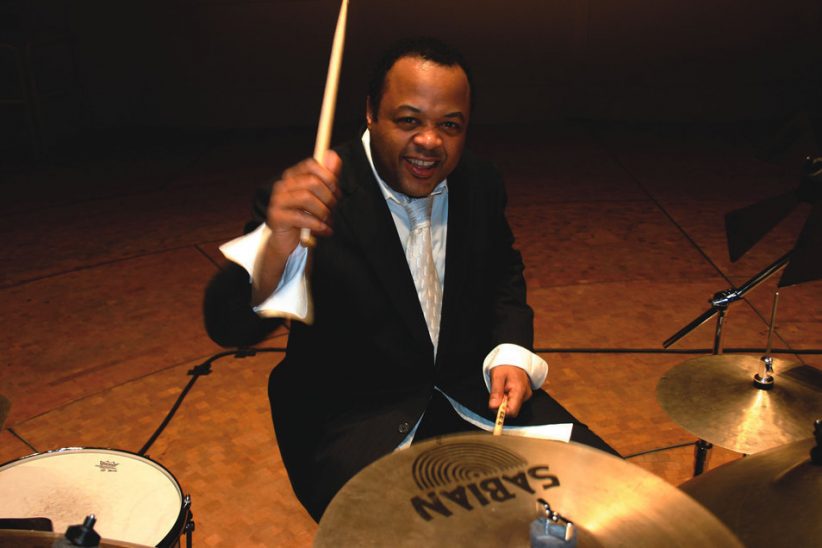 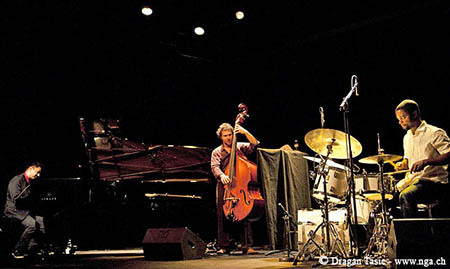 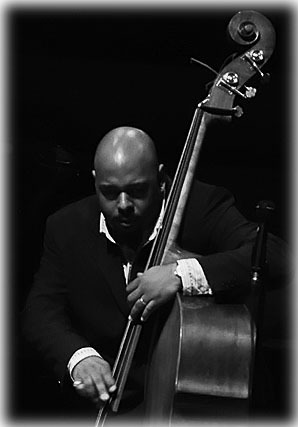 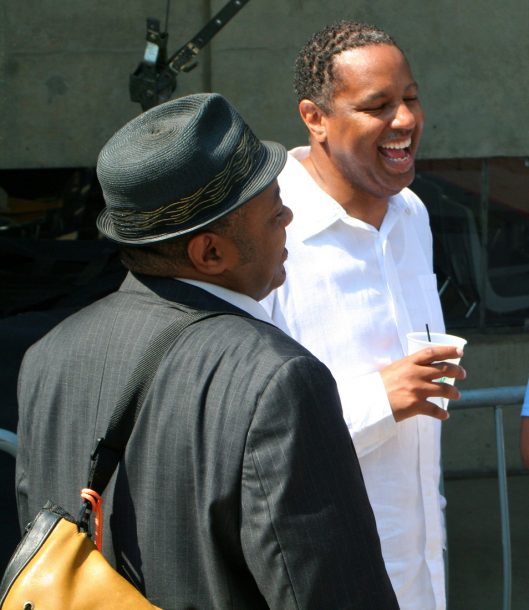 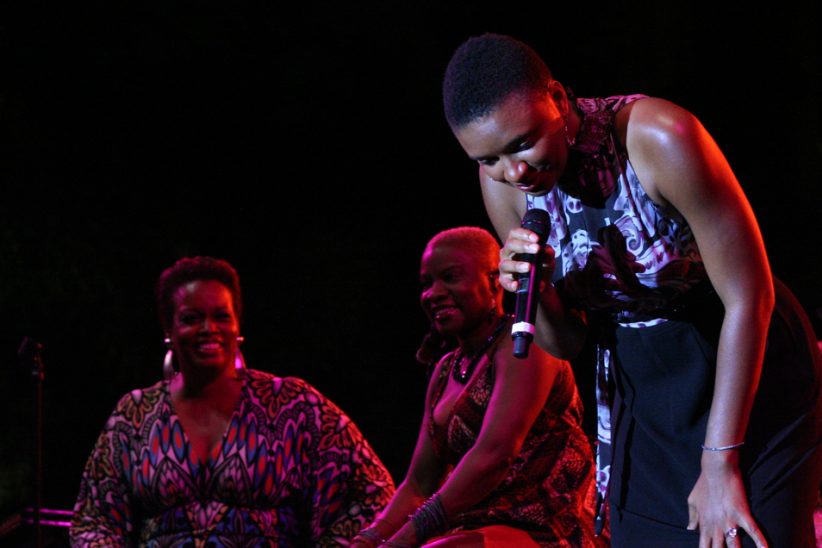 Mother Nature went from one extreme to the other during the 32nd Annual Detroit Jazz Festival: 90-plus-degree temperatures for the first two days to chilly winds in the high 60s during the closing events. Yet neither extreme dampened the enthusiasm of jazz fans, or the resourcefulness of the festival’s staff, who moved the party inside to the nearby Marriott at the Renaissance Center during the bad weather.

The festival theme for the year was “We Bring You the World,” which Executive and Artistic Director Terri Pontremoli says helped guide her towards choosing Jeff “Tain” Watts as this year’s artist-in-residence. “One of the things I thought was key was, what is the most common instrument to all cultures? The drums,” she said a week before the festival. (The world was also “brought” to the festival via Jazz Planet, a program on the festival website that linked to interviews with performers and live streams of events.)

Artist-in-residence Watts performed in various settings throughout the festival, the most auspicious one being his Drum Club, which opened the event on Friday evening in Downtown Detroit on the JP Morgan Chase stage. In addition to Watts (playing both trap kit and timpani), the group included drummers Horacio “El Negro” Hernandez, Susie Ibarra (doubling on tuned gongs called Kulintang), conga player Pedro Martinez and vibraphonist Joe Locke. Afrobeat legend Tony Allen joined the band midway through the set, adding an even stronger foundation to the already hard-driving unit. “Coolie Blue,” which took Charlie Parker’s “Cool Blues” and transposed it into a High Life funk, was one of the highlights.

Two nights later, Watts’ quartet played an intense set on Carhartt Amphitheatre stage in nearby Hart Plaza. It’s easy to compare a saxophone-and-rhythm group to John Coltrane’s classic quartet, but after Watts brandished the mallets for his spiritual “Attainment,” he, Christian McBride (bass), Marcus Strickland (tenor saxophone) and Lawrence Fields (piano) proved themselves worthy of being discussed in the same league of players. And Coltrane couldn’t do what Watts and the band did to the rhythmically challenging Björk song “107 Steps.”

The Sean Jones Quintet played with the same level of ferocity and joy on the Carhartt stage a day earlier. The bandleader/trumpeter has a habit of starting a solo at a subdued volume and gradually building in intensity until he and the audience are wailing in appreciation. This happened numerous times during his set, which also featured strong work by saxophonist Brian Hogans and pianist Orrin Evans.

A few hours after Jones’ set, the intense heat gave way to severe winds and blowing rainstorms. The Sun Ra Arkestra reportedly tried to withstand the elements by playing with just horns and drums but the festival was cancelled for the evening. One of the most disappointing cancellations was a set by longstanding world-beat figureheads Mandrill.

Back at the Marriott Hotel that night, word was changing every half-hour regarding which performances would be moved to Volt, the lounge bar that served as the site of the nightly post-festival jam sessions. Jason Moran and the Bandwagon turned down the offer, but Dave Holland later stated that he and his octet “ain’t leaving Detroit until we play some music.” The room felt more like a house party, and the close quarters seemed to give more fury to the octet’s already swinging set. The Deacon Jones Blues Revue, which included 11-year-old “Guitar Ray” Goren, also played.

The Sunday set by the Vijay Iyer Trio provided evidence that the festival has its ear toward the newer, more adventurous paths of jazz. The pianist never got frenzied but still sounded pretty intense as he, Stephan Crump (bass) and Marcus Gilmore (drums) toyed with rhythm, each moving away from its core while remaining an interactive unit. Iyer continued in his unique choice of interpretations too, from Michael Jackson to Henry Threadgill and ’70s R&B band Heatwave.

Drummer Karriem Riggins produced another anticipated and progressive set, though it wasn’t nearly as successful. The rapper known as Common joined Riggins’ ensemble to blend his MC chops with the band’s electric soul, but things didn’t exactly blend. Common’s rhymes, especially his freestyle opening, were exciting, but the group sounded like they were boxed in by the grooves and were frequently drowned out by the samples that framed the tunes.

Not too long after his set, Riggins hightailed to Hart Plaza, where he participated in the closing events by the Detroit Festival Jazz Orchestra. After playing some charts by Christian McBride, the ensemble welcomed 83-years-young vocalist Ernie Andrews, who slayed the crowd in an Ellington medley. Director Dennis Wilson penned the finale, “Detroit Chanson,” which climaxed with the University of Michigan Trombone Ensemble joining in from the back steps of the Carhartt Amphitheatre and marching to the front of the stage. It offered a majestic end to a huge weekend.

“It’s time to imagine a place where we can come together,” Danilo Pérez said from the hallowed stage of Washington, D.C.’s historic Sixth & I … END_OF_DOCUMENT_TOKEN_TO_BE_REPLACED

At the Zeiders American Dream Theater in Virginia Beach, Va., between April 8 and 10, the Vocal Jazz Summit convened in person for the first … END_OF_DOCUMENT_TOKEN_TO_BE_REPLACED

The Big Ears Festival returned to Knoxville in a big way in late March, drawing an estimated 30,000 music enthusiasts from across the U.S. and … END_OF_DOCUMENT_TOKEN_TO_BE_REPLACED

Let’s get this out of the way: The Savannah Music Festival is not a jazz festival. Held over the course of 17 days in late … END_OF_DOCUMENT_TOKEN_TO_BE_REPLACED