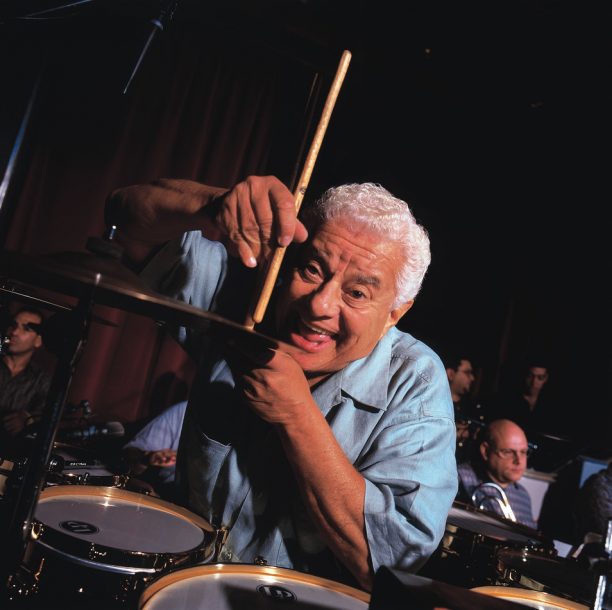 Sometimes a story is better than its telling. This is sadly the case with Mambo Diablo, Joe Conzo’s biography (written with David A. Pérez) of his longtime friend Tito Puente. This book aims to be the definitive chronicle of arguably the greatest Afro-Cuban jazz pioneer, but instead delivers a rambling account that gives readers both too much and too little of Puente.

The son of Puerto Rican immigrants raised in a Spanish-speaking New York barrio, timbalero Puente was a central force in fusing big-band jazz arrangements with Cuban and Caribbean instrumentation and musical idioms, most notably the distinctive five-stroke rhythmic pattern known as clave. In the postwar years, Puente, along with great friend Machito and supposed rival Tito Rodriguez, brought this music to the masses. From their mecca, New York’s Palladium Ballroom, Puente’s band and others spread their message across the country and beyond. Puente won five Grammys, played for presidents, and inadvertently spawned a classic-rock radio staple with his 1963 composition “Oye Como Va,” turned into a mega-hit by Santana seven years later.

Conzo gives readers a man who, for all his onstage ebullience, was a tough bandleader with fierce, often brusquely expressed opinions. The book details Puente’s associations with key artists like Charlie Palmieri and Vicentico Valdes, as well as more checkered collaborations with performers like militantly political vocalist Celia Cruz. The author name-checks key Puente influences in both Afro-Cuban and mainstream jazz (the ambitious arrangements of Stan Kenton are cited as a particular guiding light) and anatomizes the bandleader’s rocky relations with his record labels and his decades-long distaste for the music of Perez Prado, whose highly commercial mambo recordings popularized the sound even as, according to Puente, they diluted its authenticity. And don’t even say the word “salsa”; as Puente was fond of informing reporters, “Salsa is sauce. It is not music.”

For all of this, though, Mambo Diablo is ultimately unsatisfying. The book runs a hefty 400-plus pages, and we are still given virtually no details about Puente’s offstage life (an especially bizarre omission, given that the book was written by a personal friend). More problematically, Conzo belabors the book’s central points to overly repetitive effect. Puente was a man who placed great emphasis on the centrality of clave, who loathed his music being referred to as salsa, and who believed that true Afro-Cuban style produced music meant to be danced to.

Fair enough, but the reader gets restless after each of these points is repeated a dozen times over. The author even recycles jokes; I’m sure Puente’s condescending imitation of Prado’s signature vocal grunt was funny in person, but here it ceases to be amusing after the third or fourth repetition. In the midst of this, Conzo also soft-pedals the signal moments of Puente’s life and career. Unlike other biographies in which the reader can clearly identify performances or innovations that definitively mark an artist’s career, here the key moments that made Puente a legend are detailed in a diffuse, muddled fashion that dampens their impact.

There are a few exceptions, such as a late-career performance with the Puerto Rico Symphony Orchestra that opens the book, but for the most part, while the coverage of these milestones reinforce Puente’s status as a Latin jazz giant, they may not help you better understand what made him so.

Mambo Diablo is an obvious labor of love from a man who knew its subject well. Still, the best testament to Tito Puente remains the music itself, and revisiting his recorded legacy will prove a more satisfying experience than this well-meaning but disappointing biography.

First published in 1997, now republished with a new introduction, Jackie Kay’s Bessie Smith unrolls less like a formal study of the singer and much … END_OF_DOCUMENT_TOKEN_TO_BE_REPLACED