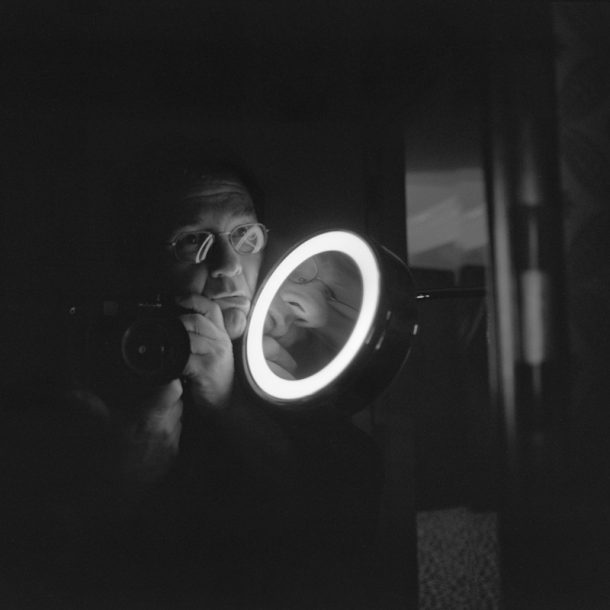 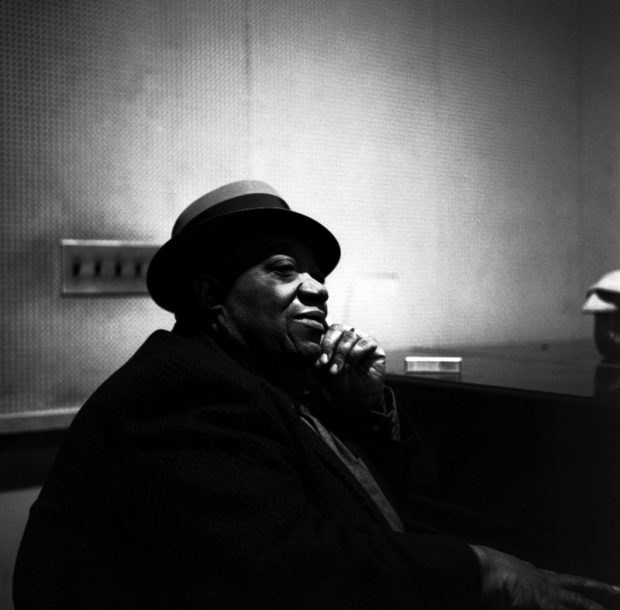 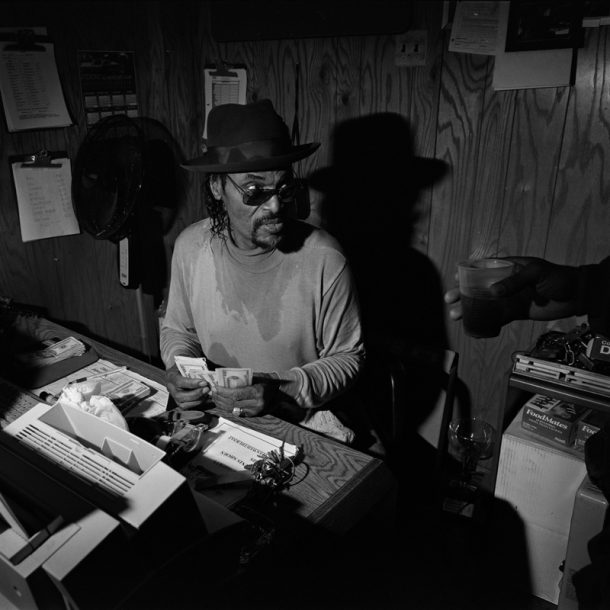 What’s interesting is that jazz is not generally perceived as a visual music. Just ask any television producer who’s tried to incorporate jazz into their entertainment show. The jazz performers usually dispense with theatrical gestures, tend to dress like college professors and are as likely (or even more likely) to connect with each other rather than the audience. Yet generation after generation of great photographers find themselves drawn to the jazz bandstand or rehearsal space for images that resonate in timeless fashion. No matter what intellectual rationalization we come up with, I believe this is what you call a paradox.

We in the jazz community merely have to accept and recognize the gift that we’ve been given. The gift in this case is a sumptuous book of music-related photographs by Fink, who began photographing creative musicians in the ’50s and hasn’t stopped since. In between, he’s photographed beatniks, boxers and presidential candidates. He’s been exhibited at nearly every museum of modern art and photography. However, even a cursory glance at this volume tells us just how passionate Fink is about jazz and music.

In a brief introduction, Fink describes his connection with the music. “Jazz players were my heroes. I idolized and was awed by them. As a young boyish man, I stood in line at the clubs unknown to most so that I could experience firsthand the inner pleasure of beauty, the linear intelligence, the liquidity, and the release.” Hmm, maybe there is no paradox.

This book is aptly titled, because indeed Fink seems to always be in the right place at the right time. The photographs are never posed, whether it’s bassist Sirone intently listening to violinist Leroy Jenkins or Max Roach doing the same with pianist Hassan Ali. Fink’s style could be compared to other artistic photographers, but in this book one can readily see the evolution of a style that’s altogether distinct. Capturing moments like Cartier-Bresson, yes, but more often capturing people in the act of interaction with each other.

The images in Somewhere There’s Music are not exclusively jazz, but nearly all celebrate African-American music and culture. Whether it’s a photograph of a pensive Jimmy Rushing from 1957 or an image of an intense Monk in action at The Jazz Gallery in NYC in 1961, it’s difficult not to feel like you are right there in the room, like an invisible man or woman, or the proverbial fly on the wall. Anyone who has picked up a camera can testify how tough it is to be invisible and still truly capture subjects naturally. The phrase “keeping it real” has become a cliché, but with Fink that phrase could very well be a mantra.

Fink has a refined sense of composition, with subjects connected to their surroundings in ways that only a camera can capture. Take the shot of a sweaty Washington DC go-go legend (and sometime jazz musician) Chuck Brown sitting at a backstage table counting his money. There is no cynicism in this shot. Brown has clearly worked hard for his money and if you have to count bills, you know that the gate is unlikely to be in the five figures. You see the cheap paneling of the venue’s office. You smell the drink that’s being handed to Brown from the right. You feel Brown sizing up the person pushing the drink Brown’s way from just out of camera view. Take it all in. Enjoy the story here. Now think about the kind of trust that a subject would need to have in the photographer to even allow such a shot.

Many of the best jazz images in the book were taken of avant-garde artists during the ’50s and ’60s. There’s a rawness to these images of musicians like Archie Shepp, Albert Ayler, Marion Brown and Sun Ra that somehow convey the power of the music created in that particular time and space. What you sense in these images is how serious they musicians were (and are) about what they’re creating. No one seems to be worrying about his or her image. The effect upon the viewer is remarkable. As Fink’s good friend and frequent subject Roswell Rudd says in a blurb within the book, “Just a glimpse is transporting.”

Later photographs in the book, which unfolds chronologically, focus on a wide range of music scenes, from Delta blues to an R&B club in DC to a roadhouse in New Orleans. Fink became close with saxophonist Steve Lacy who is pictured here in various eras, as well as saluted in a tribute concert featuring Dave Liebman and other modernists. Fink, who now resides not far from the Delaware Water Gap area, gets to show how the unique electricity that happens between jazz musicians can happen anywhere, even in a rural area, away from the streets of New York City. His photos from the storied Deer Head Inn feature no African-American musicians, but the pulse of the music and creativity is still there.

Throughout this beautifully printed book, you will feel those connections most often between the musicians. And those make for very powerful images, no matter what the reason might be. If you love great photography and great jazz, then this book is a must-have for your collection.

First published in 1997, now republished with a new introduction, Jackie Kay’s Bessie Smith unrolls less like a formal study of the singer and much … END_OF_DOCUMENT_TOKEN_TO_BE_REPLACED

Like its author, a memoir of John Lurie’s could zig and zag in a dozen directions. There’s the acting career that brought him to the … END_OF_DOCUMENT_TOKEN_TO_BE_REPLACED