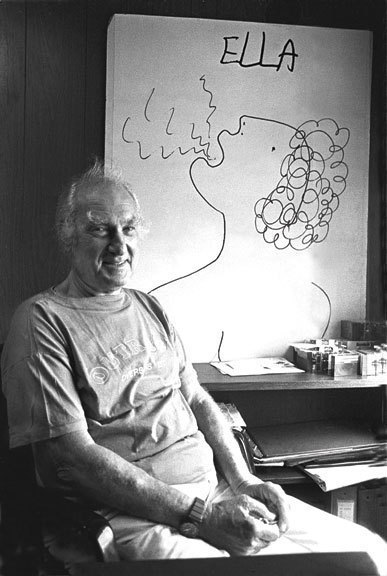 The subtitle of Tad Hershorn’s biography of jazz impresario Norman Granz, The Man Who Used Jazz For Justice, is slightly misleading. As the force behind the legendary concert series Jazz at the Philharmonic, Granz was instrumental in mainstreaming integrated audiences and mandating equal treatment for all musicians. But the book itself is less a treatise on civil rights than a straightforward chronicle of a singularly important jazz career, and true music fans will find this colorful, well-written bio more than sufficient to suit their interests.

The son of Russian Jewish immigrants, Granz knew the outsider’s life from the start, but Hershorn chooses not to belabor this spiritual connection to disenfranchised black Americans. Nor does he simplify Granz by cherrypicking a moment to mark his “conversion” to the civil rights cause. Granz simply seems to be one of those individuals who saw black America’s circumstances, realized something was wrong and found a way to do something about it. The means of his rebellion were provided when he heard Coleman Hawkins’s seminal recording of “Body and Soul” and realized that jazz musicians could change the culture simply by doing what they did best in front of anyone who wanted to hear them.

Hershorn’s biography, like Granz’s career, spans decades and continents. Granz revolutionized concert promotion with Jazz at the Philharmonic, presenting musicians in an organized jam-session format that drove audiences wild, even as it garnered the ire of “serious” music scholars. His record labels, especially Verve and Pablo, contributed numerous classics to the canon, most notably Ella Fitzgerald’s songbook series, a monument to the artistry of America’s greatest songwriters and to Fitzgerald herself. Granz managed Fitzgerald for much of her career, providing the introverted, insecure singer with the perfect framing for her musical tapestries, and he brought Canadian pianist Oscar Peterson to the American audience, spearheading one of the most-recorded careers in jazz history. From Lester Young to Fred Astaire, Granz’s gift for understanding the perfect presentation for the artists with whom he worked allowed him to carve out one of the most comprehensive discographies in jazz. It’s an epic career, and Hershorn gets it all in without short-shrifting any important aspect of Granz’s work.

Of course, you can’t assemble a résumé this impressive without ruffling feathers, and Hershorn provides plenty of details about the numerous conflicts that marked Granz’s path. He was a man whose mind was not easily changed, who did not suffer fools or critics gladly, and his prickly personality led to clashes of both ideology and individuals. Often, Granz was on the side of the angels, as when he fought a trumped-up 1955 gambling charge against JATP musicians in Houston, an arrest obviously carried out to prevent Granz’s concert from playing before a precedent-setting integrated crowd. But just as often, these conflicts were brought on by simple personality differences, and Hershorn spares nothing in detailing battles with luminaries such as Frank Sinatra, Duke Ellington and even Peterson, whose gratitude to Granz could not keep him from occasionally locking horns with the man who introduced him to America.

Granz’s reluctance to share certain aspects of himself also means that, despite extensive interviews Hershorn conducted prior to his subject’s death in 2001, the coverage of Granz’s personal life is often cursory at best. There is little detail about his three marriages, and almost nothing about his developmentally disabled daughter Stormont. Nevertheless, the public man, warts and all, is on vivid display throughout Hershorn’s book, and any fan of jazz owes a debt to the author for detailing this essential chapter of the music’s rich and rollicking history.

First published in 1997, now republished with a new introduction, Jackie Kay’s Bessie Smith unrolls less like a formal study of the singer and much … END_OF_DOCUMENT_TOKEN_TO_BE_REPLACED

Like its author, a memoir of John Lurie’s could zig and zag in a dozen directions. There’s the acting career that brought him to the … END_OF_DOCUMENT_TOKEN_TO_BE_REPLACED