Nabil Ayers didn’t need to write a memoir about what rarely existed between him and his biological father, composer/vibraphonist Roy Ayers, to connect with making music. The general manager of 4AD Records, Ayers founded Sonic Boom Records, co-founded the Control Group, played drums in the Replacements’ Tommy Stinson’s solo ensemble, and has written extensively about music of all stripes for GQ and The New York Times. His autobiography rhapsodizes in loving detail about everything from the joys of working with St. Vincent to witnessing Nirvana’s live debut of “Smells Like Teen Spirit” at Seattle’s OK Hotel in 1991.

The heart of the memoir, however, named after Roy Ayers’ florid, funky dance hit “Everybody Loves the Sunshine,” is the nagging desire of a son to get closer to his father—who just happens to be a legend of contemporary jazz and R&B. There is something about having to live in that legend’s shadow (even though father and son shared so little physical time in each other’s company) that, despite the son’s own breadth of accomplishments and talents, leaves a cavernous hole. There is deep hurt. There are moments lacking in confidence and self. But there is also admiration and inspiration.

Which is to say that if you’re coming to My Life in the Sunshine for a deconstruction of the elder Ayers’ L.A.-born brand of jazz and neo-soul, don’t bother. His deliciously genre-jumbled music is discussed, and often, in his son’s memoirs, but more as a staccato throughline—a heartbeat—that exists for Nabil.

Along with all that, Nabil rejiggers the concept of racial identity. That’s because his mother is a white Jewish onetime ballerina (an artist in her own right) who decided to have a child even after the father declined to be involved in his son’s life. A young single mother and her new son creating their own fully realized journey—from being a biracial kid in 1970s New York City and 1980s Salt Lake City to the author’s solo Seattle sojourn in the ’90s—steer the story, one that has its own epic sweep. Finding one’s roots and redefining the family tree is the sweetest, and freest, music of all for Nabil Ayers by his book’s open end.

You can find the heat in Roy Ayers’ “Everybody Loves the Sunshine” anytime. But for an emotional respite, this memoir is even sunnier.

Learn more about My Life in the Sunshine: Searching for My Father and Discovering My Family on Amazon and Barnes & Noble. 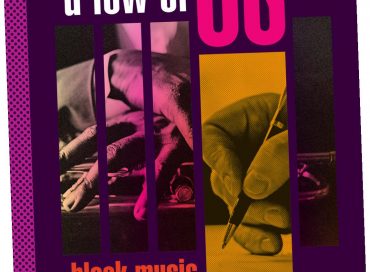 The following is an excerpt from Willard Jenkins’ latest book, Ain’t But a Few of Us: Black Music Writers Tell Their Story, which was released … END_OF_DOCUMENT_TOKEN_TO_BE_REPLACED

“I’m sorry, but your friend didn’t make it.” And with that, a small group of friends, loved ones, and co-workers knew the death of William … END_OF_DOCUMENT_TOKEN_TO_BE_REPLACED