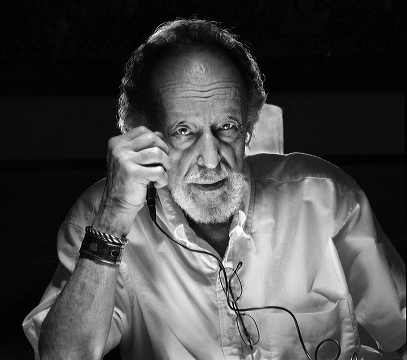 The history of jazz is incomplete without recognizing the revered photographs of Herman Leonard. For over four decades, before mass media introduced jazz in postwar America, Leonard transfixed audiences with his prints: displaying a heavy and extensive use of smoke, light and shadow, using slow-speed film stock, and plenty of close-up shots of musicians playing in action (or away from their musicianship). It captured a crucial moment in the development of jazz and signified the emotional content and sensory mood of the music.

In the latest photo collection, Jazz, it features Herman’s most memorable (and unseen) images taken between 1948 and 1991 from many cities (New York, Paris, New Orleans, and, his short time in California) during the early beginnings of bebop and several brief essays on Herman’s photo technique. Because of his untimely death from leukemia last August, Leonard’s reputation carries a significant meaning behind the subject matter.

Distinctively speaking, the grainy, silvery, and film noir quality of Herman’s photographs were captured in moments of an inner and emotional state, either in excitement or reflection. The close-up and smoke-filled photograph of Billie Holiday shows her face darkly lit, pensive, and confused; it is as if Herman immediately recognized Billie’s overcoming her personal afflictions. Another photo from an aging Miles Davis, dressed in white, walking the Malibu beaches during his remaining years; or a cheerful Joe Williams shows him squinting his eyes, tightly holding the microphone in a moment of ecstasy, a timing so equally moving that you recognize a turning point in a song. In essence, this is where Herman succeeds as a photographer and those images are quintessential reminders of an important era in music history.

First published in 1997, now republished with a new introduction, Jackie Kay’s Bessie Smith unrolls less like a formal study of the singer and much … END_OF_DOCUMENT_TOKEN_TO_BE_REPLACED

Like its author, a memoir of John Lurie’s could zig and zag in a dozen directions. There’s the acting career that brought him to the … END_OF_DOCUMENT_TOKEN_TO_BE_REPLACED