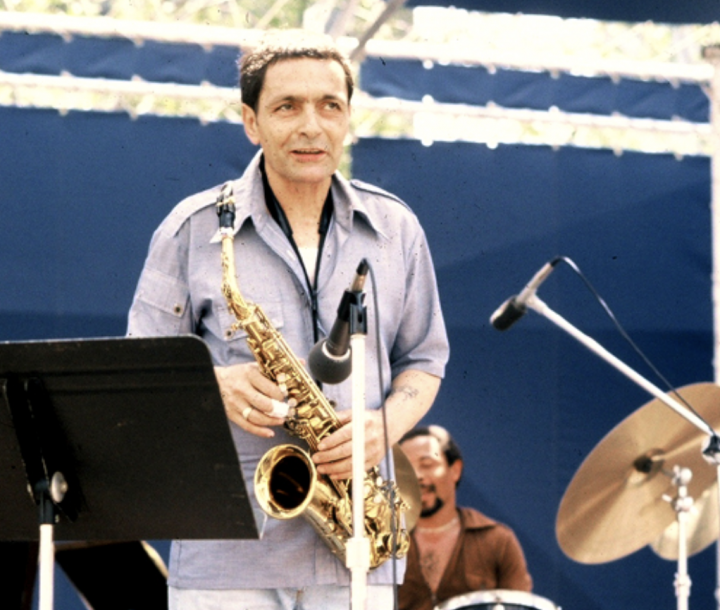 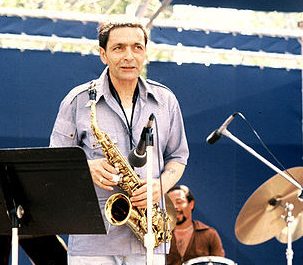 Art Pepper’s Straight Life is one of the seminal jazz autobiographies, essential for its portrait of the postwar West Coast scene and its pitiless portrayal of the addict’s lifestyle. The book was a collaboration between Art and his wife, Laurie, who shaped and structured hours of taped conversations while preserving Art’s singular perspective. Indeed, from their first meeting at the Synanon rehab facility in Santa Monica, Calif., Art and Laurie’s entire lives were a collaboration. In addition to supporting him through the long dark nights of his soul, Laurie was instrumental to the flush latter years of his career, assisting in the selection of playlists and sidemen, battling record companies for earnings and recording live gigs for posterity (a number of these poll-placing recordings have since been released on Laurie’s boutique Widow’s Taste label). Straight Life often paints Laurie as a gift from the gods who rescued Art from himself. But as she plainly states in the introduction to her own new memoir, ART: Why I Stuck With a Junkie Jazzman (APMCorp), “I was no angel, and we rescued each other.”

In 1968, Laurie was a “casual” drug user, estranged from her young daughter and fresh off a failed suicide attempt. She checked into Synanon for therapy and found Art, the alto saxophonist legendary for his refreshingly un-Bird-like interpretive skills … and for his frequent heroin-fueled bouts with the law. After a carefully Synanon-structured courtship, Laurie and Art left the facility to embark on a union that endured until Art’s death in 1982.

In Art, Laurie seemed to have found not just a companion but also the strong focal point that had been taken from her by her daughter’s absence. She had been given a role to play in Art’s life, and she relishes the details of their time on the road: the gigs in Japan, where Art found an enthusiastic late-career following; the recording of albums like 1981’s ballads-with-strings masterwork Winter Moon and Art’s duo collaborations with deeply simpatico pianist George Cables.

Of course, it wasn’t all albums and accolades. Art never truly shook the monkey off his back, and Laurie is unsparing in her depiction of his methadone dependency, regular cocaine usage (she eventually took up coke herself, acting as the couple’s buyer out of deference to Art’s criminal record), and occasional re-acquaintances with heroin. She even chronicles the one time she did smack with her husband, an experiment that only made her sick. At the core, she understands that Art was the most profound victim of his demons, and her prose never punishes him for his sins. The addiction had, in its ways, already punished him enough.

Whereas Straight Life possesses a blunt clarity of image, Laurie’s voice is richly metaphorical and philosophical. She describes the addict’s narrowed mindset as that of “a robotified guinea pig in a sawdust cage,” but also waxes rhapsodic about her early experiences with coke: “a glorious shore I’d landed on at last after having spent my whole life at sea under some evil spell.” Witnessing the ordinary men she knew transform on the jazz stage, she observes “a select class of humans sprout wings and fly,” and she has a deft way with an anecdote, as when describing her dying grandmother contemplating Art’s “child’s eyes” on an album cover. Most of all, she gives us her husband as she knew him, his intelligence and ego, his grace and misery, and the “promise” of his music, “the moment of a held breath when you know, you know it is all beauty and you are reconciled with your existence in this world.”

Nabil Ayers didn’t need to write a memoir about what rarely existed between him and his biological father, composer/vibraphonist Roy Ayers, to connect with making … END_OF_DOCUMENT_TOKEN_TO_BE_REPLACED

“I’m sorry, but your friend didn’t make it.” And with that, a small group of friends, loved ones, and co-workers knew the death of William … END_OF_DOCUMENT_TOKEN_TO_BE_REPLACED