Skip to content
Become a member and get exclusive access to articles, live sessions and more!
Start Your Free Trial
Home > Reviews > Wynton Marsalis: Live at the House of Tribes 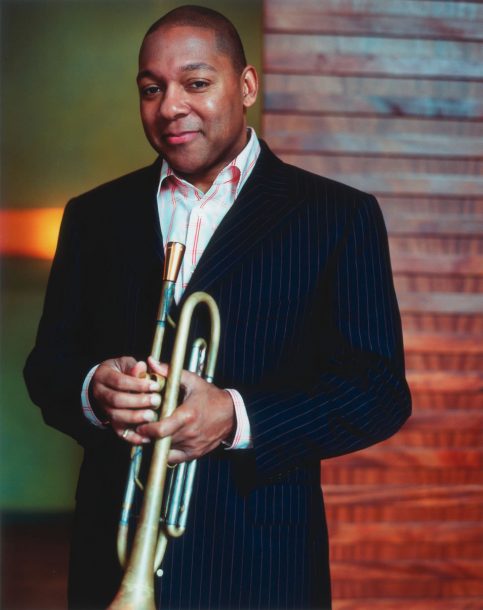 With Wynton Marsalis’ multimillion dollar JALC compound finally built, the trumpeter could have easily made this live recording an advertisement for the acoustics of its swanky Allen Room or Rose Hall. Instead he recorded in the modest surroundings of the Lower East Side’s House of Tribes and delivered us something that lends more credence to the traditionalist jazz dogma he peddles than anything he’s made since 1986’s Live at Blues Alley.

Introduced by a sputtering Marsalis, Thelonious Monk’s “Green Chimneys” begins a burst of improvisational creativity that lasts 15 minutes and has every soloist obliterating any threat of tedium during the jam. Reach is this album’s theme, and Marsalis’ players execute expansion on six standards with surprisingly consistent success considering they work exclusively in the exhausted form of head-solos-head arrangement. Altoist Wes Anderson squeezes out an intervallic fire in “Just Friends,” pianist Eric Lewis pulls from all the pockets in his pants for an utterly suspenseful break in “What Is This Thing Called Love?” and Marsalis builds a mountain range of melody in a heart-racing “Donna Lee.”

The album owes a lot to its imperfectly captured sound, with shouts and grunts from band and audience members alike who were caught up in these rousing, instantly classic performances. Marsalis can build all the concert halls he wants, but records like this are the most meaningful monuments to his favorite music.

Every notable jazz reissue has an intriguing backstory, right? Live at Parnell’s, documenting a week of bruising performances by late B-3 organ master Brother Jack … END_OF_DOCUMENT_TOKEN_TO_BE_REPLACED

The best live music takes you somewhere in the moment, though if we’re lucky there will be microphones on stage to capture the moments of … END_OF_DOCUMENT_TOKEN_TO_BE_REPLACED

I have friends who no longer follow the releases of ECM, believing the Munich label’s best years were in the past, when such innovative recordings … END_OF_DOCUMENT_TOKEN_TO_BE_REPLACED