WRD is a jazz-funk super trio: organist Robert Walter from the Greyboy Allstars, guitarist Eddie Roberts from the New Mastersounds, and drummer Adam Deitch from Lettuce. The Hit is exactly what you’d expect from such funky luminaries: high-octane soul jazz rooted in the Jimmy Smith tradition. This is unpretentious, stripped-down music with the bare minimum of studio production polish. And it’s superb.

The music has the immediacy of a live show, made in the moment with no worries about multiple takes or perfection. In a fairer universe, opener “Judy” would be the album’s leadoff single, a union of organ and guitar filling the role of frontline horns over a fusillade of crackling drums. There’s a lot of variation here. “Sleep Depraved” is Curtis Mayfield-style ’70s soul, “Corner Pocket” has a James Brown vibe, “Pump Up the Valium” feels like early Meters, and “Bobby’s Boogaloo” sounds like it could be Lou Donaldson’s boogaloo. But these guys have their own sound, and it’s a blend of their own bands. Roberts’ classy yet unfussy style (he never shreds or wails) carries through, and his chunk-a-chunk attack makes “Chum City” (featuring guest saxophonist Nick Gerlach) seem like it’s off a New Mastersounds setlist. Deitch’s wild drumming combines with Walter’s thick slabs of organ grease to build up a big, fat sound on “Meditation.”

Learn more about The Hit on Amazon!

The release of The Hit coincides with a reissue of Walter’s first solo album, Spirit of ’70, on vinyl. Calling it a solo album is misleading. The musicians are the Greyboy Allstars in 1996—saxophonist Karl Denson, guitarist Elgin Park/Michael Andrews (amplified through a record player), bassist Chris Stillwell, and drummer Zak Najor—plus saxophonist Gary Bartz, who’s front and center. It’s clear, however, that Walter is driving this homage to the heyday of funk, whether he’s on organ or electric piano.

That’s true even when Bartz is soloing. Walter’s electric piano provides the tasteful underpinnings of “Palilalia” while the alto man blows. Bartz turns in a red-hot break on “Volcanic Acne,” a tune that sounds like it has a tricky time signature but is actually 4/4 with overlapping rhythmic ideas. Walter mixes up his keys to keep the sound fresh; his Hammond B-3 on “Corry’s Snail and Snug Death” is outrageously infectious, his Wurlitzer on “Kick to the Head, Burrito on the Floor” recalls the dexterity and soul of Ray Charles, and his Fender Rhodes on a cover of “Little Miss Lover” reveals the funk heart of Jimi Hendrix’s song. The closing take on Mose Davis’ “Jan Jan,” with its double-horned punctuation, ends up being oddly prescient—Roberts’ New Mastersounds often put that one in their set.

Learn more about Spirit of ’70 on Amazon!

In the history of New York jazz clubs, Pookie’s Pub barely lands on the radar. The Hudson Street space was miles away from the Village … END_OF_DOCUMENT_TOKEN_TO_BE_REPLACED

All hail Bill Frisell—the Man, the Myth, the Marksman—but this set had me from “Johnathan Blake.” Gigging in Ravi Coltrane’s band a few years back, … END_OF_DOCUMENT_TOKEN_TO_BE_REPLACED

Musically, Sarah Elizabeth Charles has been stretching her wings since the release of her last album with her band Scope, 2017’s Free of Form. The Brooklyn … END_OF_DOCUMENT_TOKEN_TO_BE_REPLACED 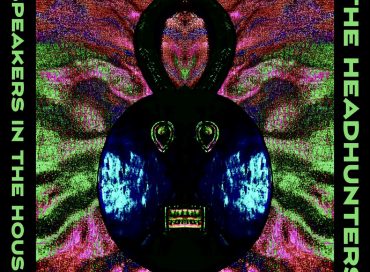 Herbie Hancock assembled the Headhunters in 1973, putting the fun in funk-jazz for a platinum-selling debut album that joined the piano giant with percussionist Bill … END_OF_DOCUMENT_TOKEN_TO_BE_REPLACED