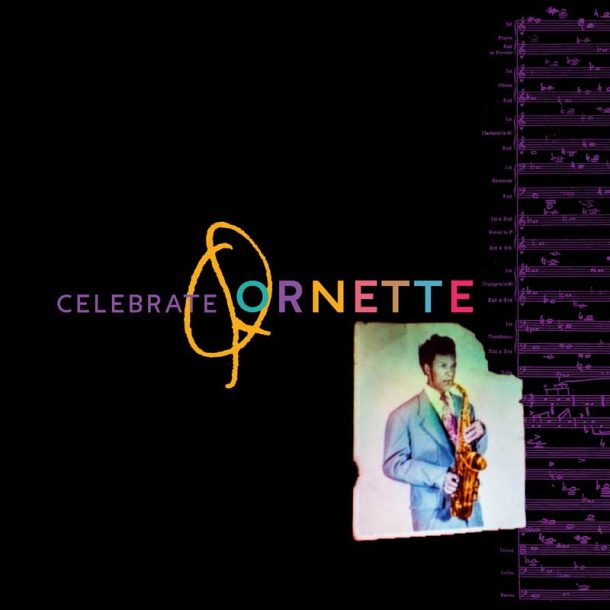 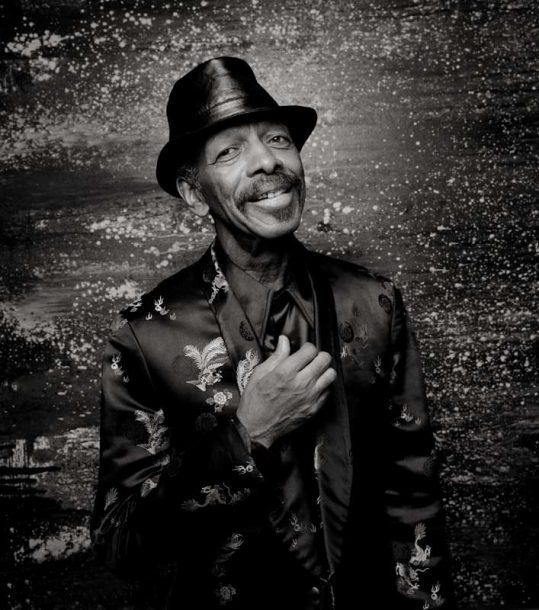 I attended “Celebrate Ornette,” the June 2014 all-star tribute concert that makes this outstanding new box set an essential piece for Coleman devotees. I recall that it threatened to and eventually did rain in Brooklyn’s Prospect Park that night; I remember thinking it was under-attended for an event so obviously historic; I remember that I got up from my seat at one point to watch from the back of the crowd, where every musician who’s attempted to play jazz in New York in the last 30 years was hanging, chatting and listening. What I don’t recall is the kind of technology that could have yielded the very fine DVD included here—a clean, tight program with smartly filmed concert footage, meaningful talking-head segues and onscreen musician IDs that help the viewer make sense of the crowded stage. Where were those cameras? How did engineers manage to capture this sharp audio—included on two CDs and three LPs—with all those lineup changes and horn players bending the mic stands?

In any case, this documentation is a godsend. It includes Coleman’s final public performance, which came as somewhat of a surprise. It was up in the air as to whether Coleman would play at his fete, but he keens and wails through “Ramblin’” and “OC Turnaround,” alongside tap-dancer Savion Glover, saxophonists David Murray and, on the former tune, Henry Threadgill, and a house band of harmolodic alumni led by Coleman’s son, drummer Denardo (who produced the gig and this box). Coleman’s playing, given its just space and consideration by the ensemble, is proof as to how unmistakable his blues-soaked language and tone are. He repeats a few phrases, riffs and siren calls as if trying to push through a stutter, and in select fleeting moments we get the best Coleman had to offer.

The remainder of the show serves to reinforce how sweeping and profound Coleman’s influence has been, and all the relevant camps are well represented. We hear the bassist Flea, of Red Hot Chili Peppers, come off like a Prime Time veteran on “Blues Connotation” and “Broadway Blues,” and Patti Smith sing poetry, and Nels Cline and Thurston Moore honor the free-jazz pioneer with blistering waves of guitar distortion. An installation of Lou Reed’s amplifiers, manipulated by Stewart Hurwood, makes a similar sonic offering, in collaboration with Laurie Anderson, on violin, bassist Bill Laswell and saxophonist John Zorn. The Master Musicians of Jajouka turn up to bolster the ecstatic delight of Coleman’s themes, and James Blood Ulmer emerges as the most convincing torch-carrier for harmolodics, in the way certain bluesmen’s disciples have carried on specific musical dialects. But it’s jazz’s modern mainstream—Joe Lovano, Geri Allen, Branford Marsalis and Ravi Coltrane all appear fruitfully—that demonstrates his deepest legacy. He was a spiritual lodestar of sorts and a necessary name-check for bohemians, sure, but he was most of all an eccentric jazz musician from Texas who transformed the music’s midcentury systems and altered the art form forever.

The box’s second and lesser component includes a DVD, CD and LP of Coleman’s funeral service, held at Manhattan’s Riverside Church the following June. The production here is modest, and pretty transparent: Having attended and reported on this event, too, I can’t say watching the DVD exposed any overlooked revelations. Dr. James A. Forbes Jr.’s eulogy is still masterful, and the music is consistently compelling, with solo improvisations by Pharoah Sanders and Cecil Taylor; duo performances ranging from doleful (Threadgill/Jason Moran) to impassioned (Coltrane/Allen) to joyous (Glover/Jack DeJohnette); and ensemble takes of Ornette’s greatest melodies (“Lonely Woman,” by a quintet with a Murray/Lovano frontline; plus a guitar-focused Prime Time reunion for “Theme From a Symphony”). An extensive LP-sized booklet featuring remembrances and photos, and collectible ephemera, complete this homage to a man jazz misses every day.

Recorded in summer 2019 in France, after the release of their album Chapters, Kneebody’s Live at Le Crescent follows 11 albums of jazz/hip-hop/rock frolics sweetened, … END_OF_DOCUMENT_TOKEN_TO_BE_REPLACED

In the early ’70s, Freddie Hubbard was paralleling Miles Davis in going electric and funky. Unlike Miles, though, Hubbard’s recordings were increasingly defined by his … END_OF_DOCUMENT_TOKEN_TO_BE_REPLACED

Milton “Brew” Moore once opined that “Anyone who doesn’t play like Pres is wrong,” but he later realized the limitations of such a position and … END_OF_DOCUMENT_TOKEN_TO_BE_REPLACED

Since February 2022, when Russia invaded its neighbor Ukraine, we’ve received fresh reminders of the horrors and atrocities of war. So it’s timely that the … END_OF_DOCUMENT_TOKEN_TO_BE_REPLACED