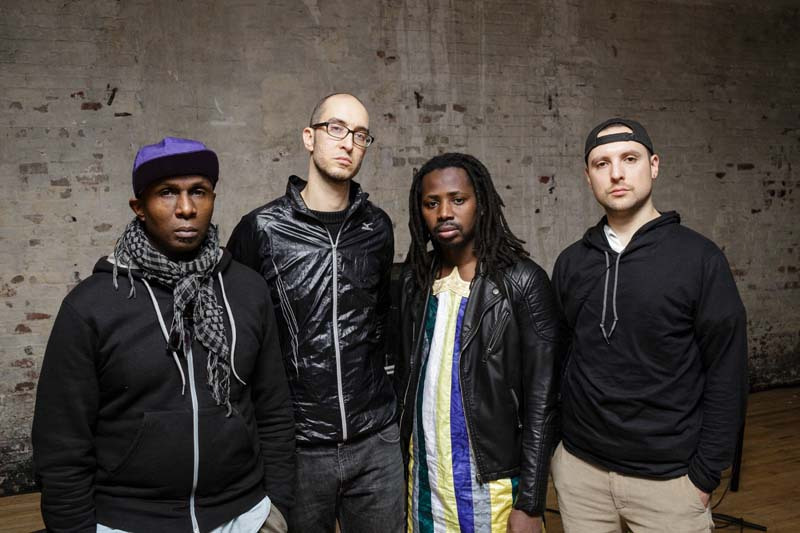 Steve Lehman has emerged over the past decade as one of music’s most dynamic and forward-looking composers, building to his Mise en Abîme winning the NPR jazz critics’ poll as the best album of 2014. That supercharged disc found the alto saxophonist and his stellar octet mixing jazz improvisation with hip-hop, French spectralism, live electronics, abstractions of Bud Powell source material, interlocking meters and more into a riveting, futuristic, engagingly original whole.

Mise en Abîme signaled a shape of jazz to come, but Lehman has already moved on to something else with Sélébéyone. The hip-hop has been dialed up significantly, with rappers HPrizm and Gaston Bamar Ndoye (a star of Senegal’s hip-hop scene) vocalizing in English and Wolof, respectively. Lehman and soprano saxophonist Maciek Lasserre, a student of the bandleader, shoulder similarly heavy loads: They nearly split the composing duties, do their own drum programming and sampling, and contribute arrestingly with their horns. Damion Reid, a pioneer in bringing hip-hop beats to jazz drumming through his work with Robert Glasper, has played with Lehman before and deftly merges acoustic rhythms with electronic ones here. Standout bassist Drew Gress is the lone holdover from Lehman’s octet, and Carlos Homs handles piano and keyboards.

The Wolof word “sélébéyone,” the album’s press release reads, “refers to an intersection, a liminal terrain where two fixed entities meet and transform themselves into something heretofore unknown.” That is proving to be the protean Lehman’s specialty, and he’s achieved it again. Bilingual, sophisticated raps informed by the mystical Sufism of three band members, virtuosic acoustic musicianship and cutting-edge electronics make for strange and exhilarating art.

Milton “Brew” Moore once opined that “Anyone who doesn’t play like Pres is wrong,” but he later realized the limitations of such a position and … END_OF_DOCUMENT_TOKEN_TO_BE_REPLACED

Since February 2022, when Russia invaded its neighbor Ukraine, we’ve received fresh reminders of the horrors and atrocities of war. So it’s timely that the … END_OF_DOCUMENT_TOKEN_TO_BE_REPLACED

From their name to their album title and the dedications of the compositions within, WeFreeStrings takes inspiration from fearless activists. The album’s title track is … END_OF_DOCUMENT_TOKEN_TO_BE_REPLACED