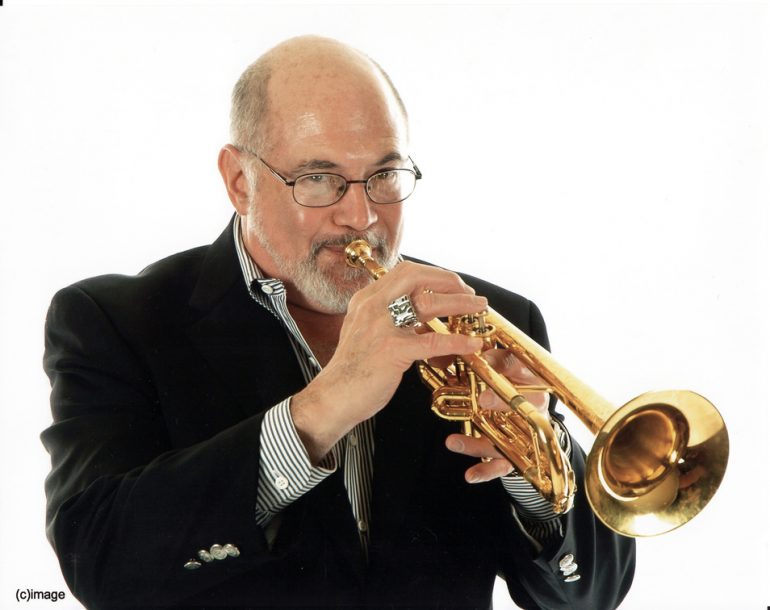 Stan Kenton stipulated in his will that he wanted no ghost band after his death. Mike Vax was once Kenton’s first trumpet and road manager, and now directs the Stan Kenton Alumni Band, 12 of whose 20 members played with Kenton. Still, Vax has respected Kenton’s wishes. Have Band Will Travel is only partly an immersion in nostalgia. It is more a dreamlike Kenton montage, a meditation on his music.

Kim Richmond’s new arrangement of “Intermission Riff” takes Carl Fontana’s trombone solo from the classic Kenton in Hi-Fi album and voices it out for the whole band, turning it gigantic. Kenton also played “Long Ago and Far Away,” but here there is a suave solo by baritone saxophonist Joel Kaye newly woven through the sections of the band. “Tonight” is from the 1963 Grammy-winning Kenton’s West Side Story. Johnny Richards’ arrangement is retained, but with different instrumentation (no mellophoniums here). The high point of the album is hearing this song again, reconfigured in Richards’ achingly slow impressionism, intricate orchestration in the service of emotion. Liz Sesler-Beckman’s piano and Don Rader’s muted trumpet are like secular prayers. At the end, long trombone chords sing amen.

These live recordings were made at seven different concerts during a 2009 bus tour. The sound is somewhat pale and distant, but clear. Signature Kenton elements (complex contrasting inner melodies, jarring chords, blaring brass) materialize and submerge and flash out again, on tunes that Kenton played, or might have played, or should have played, like “Swing House” and “The Shadow of Your Smile” and “Softly as I Leave You.”

For those who love low woodwinds, Brian Landrus has become a steadfast champion. Few musicians this side of Harry Carney have specialized in bass clarinet … END_OF_DOCUMENT_TOKEN_TO_BE_REPLACED

Vocalist Naima Shamborguer has been an illuminating presence on Detroit’s jazz scene for decades, elevating standards with her richly textured voice and classically trained ear. … END_OF_DOCUMENT_TOKEN_TO_BE_REPLACED

Aaron Seeber’s cymbals don’t mix—at least not in this mix. As presented in audio by the drummer himself and co-producer Kevin Sun, the ride and … END_OF_DOCUMENT_TOKEN_TO_BE_REPLACED

With the exception of certain legends like J.J., Kai, and Big T, trombonists tend to be the consummate outsiders of jazz; they know the rules … END_OF_DOCUMENT_TOKEN_TO_BE_REPLACED