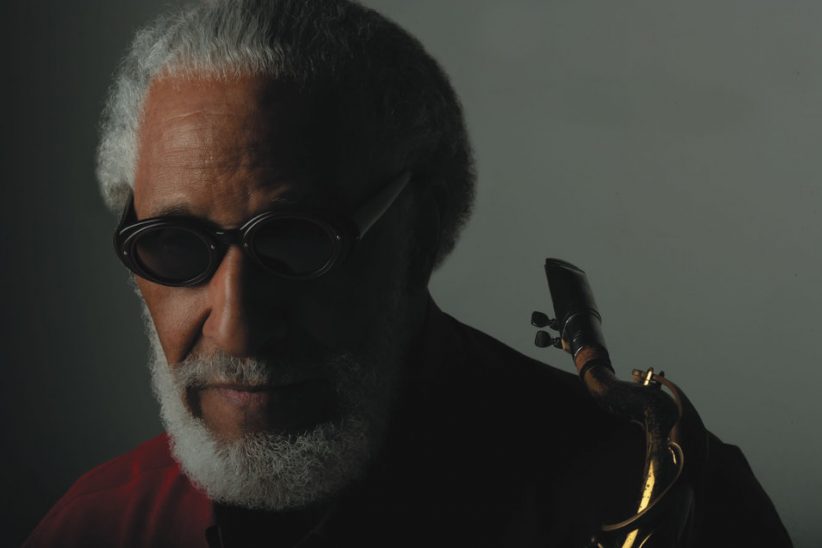 Sonny Rollins has left Milestone, his label for almost 35 years, and started his own record company. Thus has the newly entrepreneurial saxophone colossus taken control of his own destiny. Lest one worry that starting his own label is a bad sign-that Sonny is perhaps laid low by the well-documented troubles afflicting the record industry-rest assured. Doxy’s first release is being marketed and distributed by Universal Classics & Jazz International, an arm of Universal Music Group, which also owns Verve and a passel of other big-name labels. Given that Universal dominates the global music market like the Republicans have dominated U.S. politics for the past six years, there’s a better-than-even chance that Sonny’s record will find its way into your local record shop, assuming your town still has one.

Sonny’s a record company mogul now. That’s a big change. However, at least two things have stayed the same. Sonny’s still great-his band, not so much. The sidemen (Clifton Anderson, trombone; Bobby Broom, guitar; Bob Cranshaw, bass; Steve Jordan and Joe Corsello, drums; Kimati Dinizulu, percussion) are solid professionals, but none lift the bandstand. That chore is left to Rollins. They provide nominal support, Sonny supplies the thrills and chills. The repertoire is typical late-career Rollins: a couple of standards and a few pleasant if not especially memorable originals, with a jazzed version of a light classical tune thrown in for good measure. As ever, the frame is less important than the picture, the background less important than the foreground. Rollins’ improvisations provide the substance, and that substance is considerable.

With an album title like Zoot Suit Funk, Gayelynn McKinney makes her aim clear. There’s hardly a tune here that doesn’t give you the urge … END_OF_DOCUMENT_TOKEN_TO_BE_REPLACED

Philadelphia tenor and bass saxophonist Charlie Ventura was a hot dog. Along with possessing a great honk, he tried to make bop into a national … END_OF_DOCUMENT_TOKEN_TO_BE_REPLACED

Every Mosaic Records release is for the niche jazz obsessive, but The Complete 1975 Toronto Recordings is both more niche and more obsessive than most. … END_OF_DOCUMENT_TOKEN_TO_BE_REPLACED