“Jagannath” launches the album with a blast of high energy as careening riffs alternate with patches of sticky comping, later opening up for Ruiz’s electric-piano solo, some blistering back-and-forth trading between Sill and Scesney, and an extended drum feature. But there are other flavors here too. “Undeviginti,” frontloaded with clavinet-like keys and featuring metallic guitar and soprano sax, thrives on a 19/16 meter, while “Isosceles” is built on Tibbs’ deep-grind popping and slapping and Sill’s bendy six-string explorations, and the laidback “Nyanga” brings in some world-music colors and rhythms.

Ruiz’s Fender Rhodes takes center stage on the twisting “When the Cat’s Away,” the moody “Dark Star” benefits from atmospheric washes of keys and guitar chords, and closer “The Long Road Home” thrives on flickering guitars, soprano, a too-brief Tibbs solo, and acoustic piano. Yes, Phillips’ music occasionally hints at the likes of Pat Metheny and old-school fusion stalwarts like Return to Forever and the Mahavishnu Orchestra. But he’s up to his own thing, an engaging concoction that offers plenty of pleasures and surprising twists. 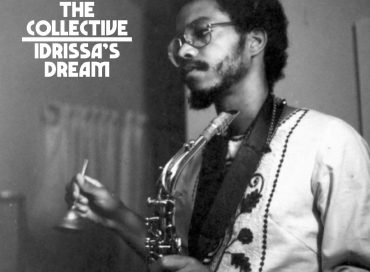 The August 1971 live performance at Antioch College’s Kelly Hall that would become Idrissa’s Dream begins with “The Shepherd’s Tune.” It’s an appropriate outset, as … END_OF_DOCUMENT_TOKEN_TO_BE_REPLACED

As a jazz listener, if you’re oriented a certain way—say, Blue Note, 1958—combing through the contemporary jazz scene can prove a little hit-or-miss.  For those … END_OF_DOCUMENT_TOKEN_TO_BE_REPLACED

At the age of 88, Houston Person remains a reliably consistent interpreter of song. He has never been particularly extreme or outrageous, preferring to keep … END_OF_DOCUMENT_TOKEN_TO_BE_REPLACED