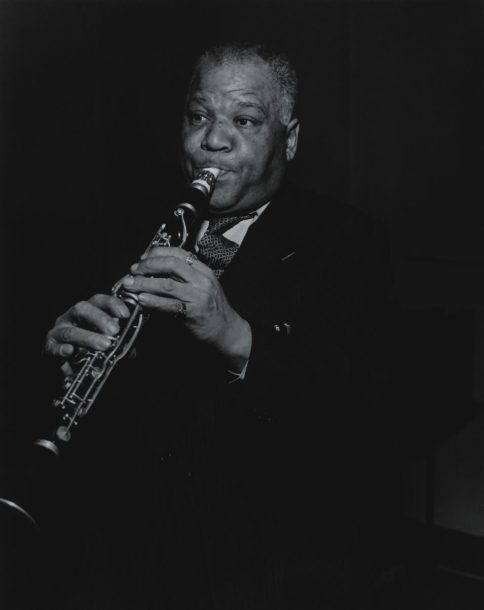 Sidney Bechet was the original saxophone colossus. The New Orleans pioneer displayed such a larger-than-life presence on soprano saxophone and clarinet at such an early juncture in jazz history that his musical significance is nearly comparable to that of Louis Armstrong.

This three-CD Mosaic Select set centers on a number of sessions from the 1920s, ’30s and ’40s (all on Columbia Records offshoots), some of vital historical importance, others more obscure and marginal. Yet Bechet sparkles on it all, from the deepest blues to the most trivial novelty number. His protean energy, fertile imagination and sheer bonhomie as a player radiate off every track, from his first recording session in 1923 (which kicks off Select) to a quartet date from 1947, not long before Bechet permanently relocated to France.

The 1920s sessions are a mixed bag of popular ditties, blues and novelty numbers, many featuring some not-quite-A-list female singers (notable exceptions being Sippie Wallace and Eva Taylor); Bechet, the intrepid sideman, takes it all in stride. When a New Orleans-in-New York reunion takes place between him and Armstrong, predictable magic ensues: Their 1924 collaborations, including “Texas Moaner Blues” and “I’m a Little Blackbird Looking for a Bluebird,” along with the thrilling “Cake Walking Babies From Home”, are reason enough to label this set essential. If Bechet eventually enlarged and decorated his sound, his inimitable tone and towering command on these early performances still exude an astounding sprung-from-the-head-of-Zeus precociousness.

Jumping from 1925 to the late ’30s, Bechet is heard on a handful of effervescent tracks with the Noble Sissle band, the Swingsters and a terrific sextet under his own leadership featuring baritone saxophonist Ernie Caceres and drummer Zutty Singleton. Another decade leap finds Bechet in 1947, supported by a band of eager beavers less than half his age that included the future classic-jazz luminaries Bob Wilber (who also contributed this set’s excellent notes) and pianist Dick Wellstood. The concluding quartet date spotlights Bechet at his rhapsodic best on a repertoire that now found room for standards like “Laura” and Cole Porter’s “Love for Sale” and “Just One of Those Things,” alongside the idiomatic Bechet originals “Buddy Bolden Stomp” and “My Woman’s Blues.” No matter a song’s origins, Bechet invested it with dignity and beauty-it was the only approach he knew.

I have friends who no longer follow the releases of ECM, believing the Munich label’s best years were in the past, when such innovative recordings … END_OF_DOCUMENT_TOKEN_TO_BE_REPLACED

Casting a sensually becalming spell with her ninth album, Lauren Henderson continues her ongoing exploration of her Latin American and Caribbean roots on La Bruja, a … END_OF_DOCUMENT_TOKEN_TO_BE_REPLACED

When trumpeter Brian Lynch released the first volume of his “Songbook” series last fall, Bus Stop Serenade, he promised more would soon be forthcoming, and … END_OF_DOCUMENT_TOKEN_TO_BE_REPLACED

Tenor titan Walt Weiskopf’s European Quartet has been together for about five years, producing several sterling albums along the way. As indicated by that growing … END_OF_DOCUMENT_TOKEN_TO_BE_REPLACED