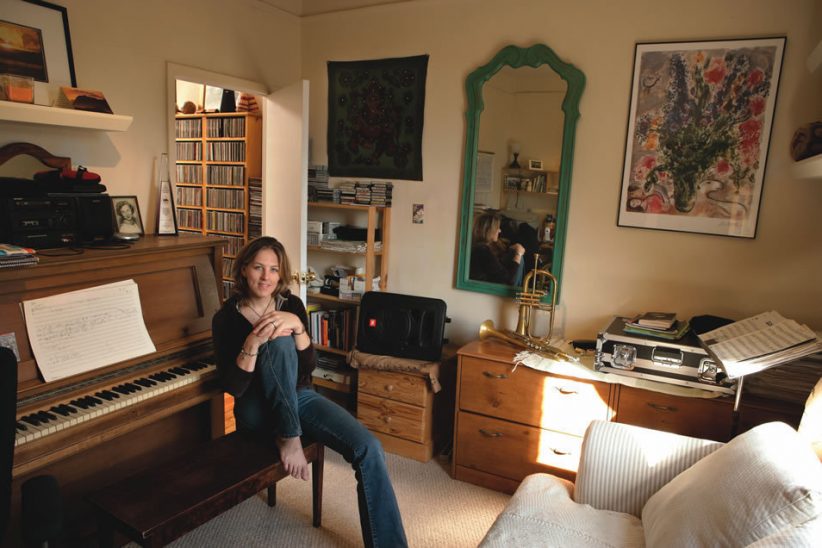 Canada’s mega-talented Jensen sisters, Christine on sax and Ingrid on trumpet, co-lead this quintet, whose members all share Scandinavian ancestry. Their band mates are Maggi Olin on piano and Fender Rhodes, Mattias Welin on acoustic bass and Jon Wikan (Ingrid’s husband) on drums and percussion. The Viking connection seems to have reinforced their musical bond, as evidenced by the performances on this, the group’s second recording.

Spirals is an intriguing CD, built around the band’s cohesion and the quality of the original material that comprise its nine tracks. The tunes I savor most included Olin’s “Song for Inga” and Ingrid Jensen’s “Earth Sighs” (both containing artful dollops of electronic effects) and the quintet version of Christine’s “Yew,” which premiered on her Juno Award-nominated orchestral album treelines (JustinTime). It’s a beauty in both formats. The small group treatment does nothing to diminish its pensive poignancy.

This is a most pleasant debut CD from a Bay Area singer who we n eed to keep an eye on – and ears wide open for years to come. Lisa Lindsley has considerable experience under her belt as an actor and voiceover artist. She’s a relative neophyte as a singer, but her lifelong appreciation for jazz artistry is a considerable asset. She was no casual listener. Lindsley’s charming and expressive voice catches your ear because of her natural sense of phrasing, timing and expression.

On this trio project, she was fortunate to call on pianist George Mesterhazy, who is a premier accompanist for singers (Shirley Horn, Paula West, Rebecca Parris, Karrin Allyson, among others), and rock-solid bassist Fred Randolph. She makes each standard her own. The title track, “Alice in Wonderland” and their take on Jobim’s “The Girl from Ipanema” are prime examples. Mesterhazy reveals another facet of his imaginative talent with every CD he makes and every singer with whom he works. On this one, he uses melodica to add a poignant Toots Thielemans-like tinge to Lindsley’s take on Blossom Dearie’s “Inside a Silent Tear.”

South African piano great Nduduzo Makhathini’s latest, In the Spirit of Ntu, shudders to life animated by outrage over a pernicious evil: the erasure of … END_OF_DOCUMENT_TOKEN_TO_BE_REPLACED

No one can accuse Dave Douglas of pandering to mainstream interests. Among his primary inspirations for Secular Psalms is the Ghent Altarpiece (a.k.a. The Adoration … END_OF_DOCUMENT_TOKEN_TO_BE_REPLACED

For those who love low woodwinds, Brian Landrus has become a steadfast champion. Few musicians this side of Harry Carney have specialized in bass clarinet … END_OF_DOCUMENT_TOKEN_TO_BE_REPLACED

Vocalist Naima Shamborguer has been an illuminating presence on Detroit’s jazz scene for decades, elevating standards with her richly textured voice and classically trained ear. … END_OF_DOCUMENT_TOKEN_TO_BE_REPLACED