Skip to content
Become a member and get exclusive access to articles, live sessions and more!
Start Your Free Trial
Home > Reviews > Ruby Braff: For the Last Time 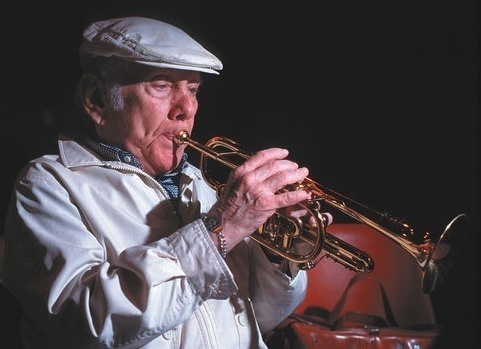 In hindsight, it is possible to recognize the signs of Ruby Braff’s decline on this, his final show at the 2002 Nairn Jazz Festival in Scotland six months before his death. Fronting a six-piece group that is really Scott Hamilton’s quartet with Braff and guitarist Jon Wheatley added, Braff seems to pick the standards in the two sets on the spot and then, after playing the head with Hamilton, sits back and calls solos around the band until he has gathered enough strength to take one himself. The tunes are stretched out, seven of the 10 tracks on the two discs running more than 10 minutes each. Braff even sits out on “The Man With a Horn” entirely, leaving it to Hamilton.

That’s what one can discern with the knowledge of what came after. But if the album is heard simply for itself, it reveals a group of musicians listening closely to each other as well as to their obvious leader (who both encourages them and lets them know their solos are over by calling, “Yeah!”). That leader remains a distinctive soloist himself, still finding interesting variations on the familiar tunes, and he shows a particular affinity for playing with Hamilton. On such tracks as “Dinah,” “Yesterdays” and “The Man I Love,” the two begin with alternating lines, Braff taking the melody and Hamilton immediately improvising a countermelody in response.

In the album’s extensive liner notes, Hamilton reveals that he held up release of the concert for five years due to his negative memory of the gig and how frail Braff appeared. He relented, however, when he finally listened to the recording. Braff may have canceled his last tour after this show due to ill health, but on his last night on the stand, he still managed to shine.

Art Hirahara is a true thinker and seeker. Over the course of seven previous leader dates on the Posi-Tone imprint, this pianist has made his … END_OF_DOCUMENT_TOKEN_TO_BE_REPLACED

The title of this album, and the title of its first track, “Jade,” announce a clear shift in focus for vibraphonist Sasha Berliner from her … END_OF_DOCUMENT_TOKEN_TO_BE_REPLACED

Play or Die is a macabre title for this reissue by Tony Williams (1945-1997), the incredible drummer who rose to fame as a teenager with … END_OF_DOCUMENT_TOKEN_TO_BE_REPLACED