Baritone saxophonist Ronnie Cuber’s third release for SteepleChase predates his association with the label, and might be thought of as a happy accident. At the titular fest, in 2008, Cuber’s quartet-with pianist Kenny Drew Jr., electric bassist Ruben Rodriguez and drummer Ben Perowsky-played a two-set show that the four remembered as a highlight of their European tour. Unbeknownst to them, the concert was recorded for a radio broadcast, and Cuber subsequently opted to give the music an official release. He had good instincts: The seven tunes culled from the evening have Cuber and co. in fine form, with the saxophonist, underappreciated pianist Drew and the in-sync rhythm section excelling on blues, swing and Latin-oriented tunes, including four originals.

The band romps from the get-go with Horace Silver’s “Tokyo Blues,” its call-and-response head opening up into an extended solo for Cuber, who incorporates artful repetition, syncopation, overblowing effects and a Gershwin reference before turning it over to Drew. He proceeds to build a dizzying, masterful solo, and Rodriguez and Perowsky also shine on the 12 1/2-minute tune. The samba rhythms of Clare Fischer’s bright, catchy “Coco B” fuel sterling improvisations by Drew and Cuber. So, too, do the fertile Afro-Caribbean grooves of Cuber’s “Passion Fruit,” the title track from the saxophonist’s 1985 album, which opens up for a high-energy montuno section, and his “Arroz con Pollo,” bolstered by Rodriguez’s fleet-fingered workout. 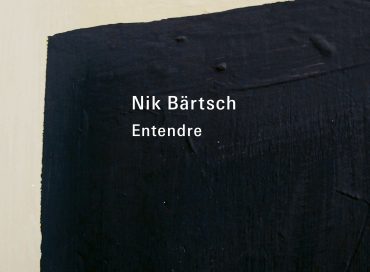 Nik Bärtsch studied piano and percussion from an early age, and it shows in his music. There’s an elegance to his groups like Ronin or … END_OF_DOCUMENT_TOKEN_TO_BE_REPLACED

Toronto trio TuneTown’s second album begins with what sounds like a loose drag across a snare: saggy tire chains, let’s say, spinning but failing to … END_OF_DOCUMENT_TOKEN_TO_BE_REPLACED

Satoko Fujii creates quickly and perpetually. The 62-year-old pianist has released dozens of albums—in the 21st century alone—under her own name and as part of … END_OF_DOCUMENT_TOKEN_TO_BE_REPLACED